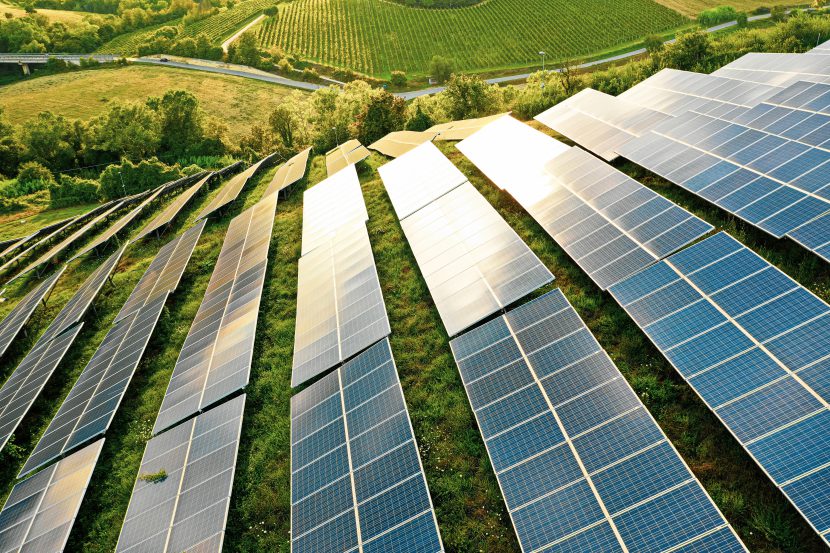 The article first highlights why ISDS mechanisms under ICSID Convention Rules do not include standards for measuring sustainability that can be applied universally by tribunals. It will then explain why tribunals have struggled to apply and interpret sustainable development criteria that have been incorporated within the definition of “investment” by the drafters of IIAs. Then, it underscores the ongoing struggles of ICSID tribunals in engaging with progressive components of the definition of investment that seek to reconcile investment’s normative framework with the sustainable development paradigm.  Finally, it proposes ways that the drafters of BITs could address ICSID tribunals’ potential disregard of sustainable development standards.

The ambiguity surrounding the notion of investment

The definition of investment takes on a crucial role in the context of ISDS, determining whether tribunals have jurisdiction over a claim. As a new qualifying criterion, sustainable development may limit both the jurisdiction of ICSID and the scope of application of IIAs.

This approach considers consent to be the bedrock of the ICSID Convention, prompting some tribunals to draw references from the underlying treaty when interpreting the notion of investment[4] and requires that tribunals consider the intention of the contracting parties when determining what qualifies as an investment.

It is important to note that this approach provides a robust foundation for the full realization of the concept of sustainable development, as the parties enjoy wide discretion to determine what counts as an investment in their treaties.

However, this approach has failed to garner the endorsement necessary by tribunals. Opponents of this approach considered that the overreliance on Article 25 would give rise to the tide of inconsistency across ICSID jurisprudence. Leading commentators also remarked that the flexibility allowed by this approach would eventually lead to a piecemeal and inconsistent approach.[5]

Growing resistance toward the consensual approach led to the emergence of another school of thought that treats the definition of investment as inalterable by contracts or treaties.  This approach is exemplified in Salini et al. v. Morocco, which laid out a four-prong test identifying the intrinsic characteristics of an “investment.”[6] The Salini test proposes the following features as the main constitutive elements of investment:

According to subsequent tribunals, the absence of any of the above criteria would lead to the lack of jurisdiction of the tribunal.[7]

Nevertheless, not all the decisions in the intervening years abided by this test; some diverged from the Salini test partially or even completely. They considered that the features introduced by Salini should not necessarily be understood as jurisdictional requirements but merely as typical characteristics of investments under the Convention. In particular, a few tribunals appeared to grapple with the economic criterion of the investment.

As further analysis shows, the divergence from Salini and the resistance toward the recognition of economic criterion call into question the ability of ICSID tribunals to apply and understand the sustainable development standards within the ambit of the definition of investment.

The struggles of ICSID tribunals in recognizing the economic criterion can be seen in cases like Patrick Michell, in which the ad hoc Annulment Committee alluded to the perceived difficulty in ascertaining its scope of application, opining that “It suffices for the operation to contribute in one way or another to the economic development of the host State, and this concept of economic development is, in any event, extremely broad and also variable depending on the case.”[8] In determining whether economic development is an intrinsic element of investment, other tribunals have looked at the underlying treaties. For instance, in Siemens, and A.g. v. Argentina, the tribunals referred to the purpose of the BIT and held that the decision must be guided by the purpose of the treaty, which is “to protect” and “promote” investment.

This resistance toward the recognition of the economic criterion is driven by several factors.

Firstly, tribunals have doubted the viability of this test to create a binding precedent, noting that the test is the synthesis of several constitutive elements and not a concrete definition.  Accordingly, tribunals assume broad discretion in applying and interpreting these terms, considering that a transaction might qualify as an investment even in the absence of some of the features determined by Salini. This is coupled with the lack of robust analysis in support of the Salini test. A cogent example in this regard is the MCI award, in which the tribunal clearly confirmed that investment must contribute to the economic development of host states. However, in adopting the definition of investment, the MCI tribunal’s reasoning suggested that investment ought to be considered as a means of direct economic development in developing countries, leading to a misunderstanding that the ICSID Convention was designed to protect only those investments that contribute to the economic enhancement of developing countries, without placing any importance on the needs and objectives of developing countries.[9]

Secondly, some tribunals refused to recognize economic development as an overarching objective of the ICSID Convention.  This is evidenced in the Deutsche Bank AG[10] award, where the tribunal held that there is no basis in the ICSID Convention to argue that contribution to the economic development of the host state is an element that should be included when defining investment. This view was also echoed by other tribunals such as Saba Fakes [11]and Victor Pey Casado[12], which contended that the primary purpose of the ICSID Convention is to protect and promote FDI, dismissing the aim of economic development as one of the defining roles of FDI. They based their claim on the plain reading of the Preamble, which does not provide concrete support for the objective of economic development. These tribunals argue that the part of the ICSID Convention’s preamble that reads “[t]he Contracting States considering the need for international cooperation for economic development, and the role of private investment therein; … Have agreed as follows” does not clearly infer “contributes to the economy” especially when read in a vacuum. Such a narrow interpretation of the text dismisses the argument made in favour of the drafters of ICSID taking a pragmatic approach, presuming that the notion of investment is capable of evolving in the coming decade. In addition, it underscores the proclivities of tribunals to take charge of their own fate and refuse to predicate jurisdiction upon the satisfaction of conditions contained in the underlying instrument.

Thirdly, the difficulty surrounding the economic criterion stems from the inability of investment tribunals to make a thorough assessment of a requirement with substantive underpinning. There is no clear standard of valuation by which tribunals can determine whether a transaction brings about positive economic development. This has been evinced by a number of tribunals shying away from this requirement, bringing into focus the ineptitude of ICSID tribunals in engaging in a sophisticated approach or developing processes to comprehend and measure concepts such as economic development, which is fact-specific and contextual.

However, it could be argued that a tribunal can avail itself of some non-exclusive criteria for determining when an investment has made a contribution. While the threat of subjective assessment may arise, tribunals can rely on standards that are well embedded in international law, including international labour standards such as 1) generating any knowledge transfer to the host state, 2) enhancing the economy or its productivity, 3) increasing the standards of living or the labour conditions of the host country 4) not contrary to publish interest.[13] Thus, tribunals could provide an objective assessment that is not based on a subjective understanding of emerging paradigms like sustainable development.

However, the extent to which tribunals engage in a rigorous assessment of such concepts is likely to be limited, as this requires fact-specific and sophisticated analysis, and there is no clear, identifiable threshold of what is required for an investment to be considered to contribute to sustainable development. There are a number of tests/assessments that are frequently employed by international organizations such as the International Finance Corporation to identify the sustainability of an investment, including management of environmental and social risks, assessment of labour and working conditions, efficiency and pollution prevention, acquisition and involuntary resettlement, biodiversity conservation, and respect for Indigenous Peoples and cultural heritage. However, as the foregoing analysis showed, ICSID tribunals have generally failed to engage with sustainable development assessment thus far.  It can be argued that the resistance toward the recognition of sustainable development is largely due to the lack of necessary expertise and tools to identify the contour of sustainable development. Critically, in the absence of thorough and rigorous assessment that takes into account important variables specific to certain projects, tribunals will most likely face difficulty striking an optimal balance between environmental, social, and economic components of sustainable development. This inability to interpret and apply important global standards could limit the role of FDI and investment treaties in promoting sustainable development.

To this end, the drafters of BITs ought to be aware of the potential lack of impact that the inclusion of sustainable development and related terms will likely have. Instead, to effectively integrate sustainable development into the scope of investment, the drafters could use a transaction-based definition to narrow and shape the scope of investment to suit their objectives. Using a transaction-based definition will provide greater signaling to tribunals that the drafters of IIAs intended to narrow down the range of assets that are covered through an IIA’s definition, to take into account the host country’s domestic economic and development policy objectives. A notable example of a transaction-based definition is the Pan-African Investment Code, which defines “investment” as an enterprise or a company that possesses assets such as shares, stocks, a debt security, loans, etc., as articulated in Article 4 . In delineating the contour of this notion, this instrument excludes “any investment in any sector sensitive to its development or which would have an adverse impact on its economy” as stipulated in Sub-Section V[14].  Although it remains to be seen how the future tribunals will interpret such definition, it can be argued that narrowing the definition of investment through the specific identification of transaction can aid tribunals in assessing whether an underlying transaction will be subject to the protection provided to an investment through the substantive obligations of an IIA.

The analysis of the existing approach adopted by tribunals does not give rise to much hope of ICSID tribunals’ ability to understand and apply the principle of sustainable development. This note highlights two changes to standard practice that would aid ICSID tribunals in effectively implementing the sustainability measures. In determining the contour of investment, tribunals should adhere to the parties’ intention to include sustainability as one of the core elements of investment. Additionally, when faced with the inclusion of sustainability standards in IIAs, tribunals ought to engage in a more robust standard of review, wherein they would conduct case-specific assessments of the investment in question. Until then, the inclusion of sustainable development in IIAs will amount only to paying lip service to these standards, which are increasingly regarded as core principles by the international community.

Naimeh Masumy is a research fellow in international investment arbitration at the Swiss International Law School.