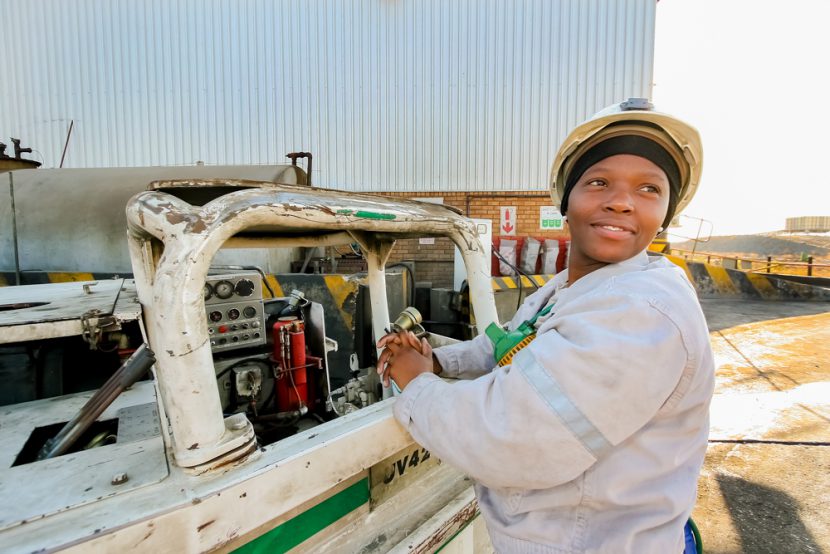 FDI projects, particularly in the extractive sector, are often governed by concession contracts between states and investors. These contracts may include stabilization clauses, under which states agree to refrain from using their legislative or administrative prerogatives in a manner that adversely affects the investor. Investor–state case law suggests that these clauses are typically respected and upheld.

A rigid application of such clauses may dissuade the host state from developing or implementing new human rights legislation if compliance adds to the operating expenses of the investor. These concerns may be particularly acute when it comes to extractive projects, which can have far-reaching, negative impacts on neighbouring communities.

This article illustrates the ways in which stabilization clauses included in concession contracts for extractive projects can undermine states’ efforts to promote gender equality through domestic legislation. It also looks at two sets of principles published in the last decade by the Office of the High Commissioner for Human Rights (OHCHR) and the OECD that provide a framework for states looking to avoid these types of situations by integrating human rights and sustainability concerns into their contracts with foreign investors.

Stabilization clauses are contractual provisions contained in concession agreements. In these clauses, host states undertake that they will not utilize their administrative or legislative prerogatives in a manner that adversely affects the investor. The most far-reaching form of stabilization clause is the freezing clause, which has the goal of freezing the law with respect to the investment for as long as the concession is in place. As such, no provision in the concession agreement can be overridden by the use of state prerogatives without the express consent of the investor. Other types of stabilization clauses include economic equilibrium clauses that seek to maintain the economic equilibrium between the parties at the time of a contract’s conclusion. Rights arising from stabilization clauses are frequently upheld by tribunals in investor–state arbitration, often resulting in a finding of a breach and leading to an obligation on the host state to compensate the investor.[1]

Implications for Gender Equity and Equality

Stabilization clauses insulate the investor from non-commercial risks associated with long-term concessions. However, the fact that they are upheld so rigidly by arbitral tribunals may impede the development of new regulations.

What types of laws, concretely, might come into conflict with a stabilization clause in a concession contract? An illustrative example is the Zambian Gender Equity and Equality Act,[2] passed in 2015, which introduces a number of obligations that could add to the operating costs of mining companies.

The Zambian government privatized its mines in the 1990s, and the process of investment in the mines by foreigners was fostered through development agreements mainly signed in 2004. Those development agreements contained stabilization clauses. While the extent and reach of such clauses will always depend on their exact wording, it nevertheless may be that changes in the law of Zambia that adversely affect the rights of mining companies could qualify as a breach of a stabilization clause and be a source of liability for the government of Zambia.

The Gender Equity and Equality Act creates various obligations for investors. For example, Section 18(1) of the Act requires private entities to “develop equity and equality plans, codes of practice, regulatory mechanisms and other appropriate measures for the effective promotion of gender equity and equality in the area of its operation.” In addition to this, private entities must also enforce and monitor these and make regular reports to the Ministry of Gender, and any other relevant monitoring bodies. Moreover, Section 19 of the Act imposes obligations on both private and private bodies to undertake the following:

Section 27(1) also prohibits discrimination against women in social and economic life. As such, there must be full development and advancement of women on an equal basis with men. This is further augmented by Section 31 of the Act, which states that women are to have access to employment opportunities “on the equal basis with a man.” This includes inter alia “equal remuneration, benefits and treatment in respect of work of equal value as well as equality of treatment in the evaluation of the quality of work.” Failure to abide by this attracts a fine or imprisonment or both.

The Employment Code Act, 2019, also creates new obligations. Section 41 of the Act, for example, grants 14 weeks maternity leave to female employees; prior to this, women were entitled to only 90 days maternity leave. Furthermore, a female employee who suffers a miscarriage or stillbirth in the third trimester of pregnancy is now entitled to 6 weeks leave on full pay immediately after the miscarriage or stillbirth.

These new obligations, although progressive and long overdue, will certainly increase the operating costs of investors. For example, the obligation to establish appropriate and special measures that are designed to recognize and support the multiple roles of women is cast in very wide terms. Other obligations highlighted therein may also require the employment of a gender focal point or specialist within organizations to ensure compliance. An increase in maternity leave may also increase the operating costs of investors.

While it is difficult to assess specific impacts on government policy-making, stabilization clauses may contradict government ambitions on gender equity and equality in the Republic of Zambia, creating legal uncertainty and jeopardizing policy coherence.

Two sets of principles for investment contracts have been developed during the last decade, with the aim of assisting host state governments in writing contracts that allow for the enactment of bona fide regulatory standards and to ensure that investment projects contribute to sustainable development and respect human rights. In light of these goals, both sets of principles adopt a cautious stance toward stabilization clauses.

The OHCHR’s 2015 Principles for Responsible Contracts[3] were developed by Special Representative of the Secretary General John Ruggie through a multi-stakeholder consultation process as part of a broader effort on developing guiding principles for business and human rights. The introduction to the Principles recognizes that investment contracts are an important instrument through which “states and investors can affect the human rights impact of business operations.”[4] Principle 4 focuses on stabilization clauses: while recognizing investors’ need for financial stability, the Principles underscore that stabilization clauses have the potential to restrict states’ policy space in areas of human rights, and that developing countries have, to date, negotiated contracts with much broader stabilization clauses.

Thus, the Principles recommend that if stabilization clauses are included in contracts, they should be “carefully drafted so that any protections for investors against future changes in law do not interfere with the State’s bona fide efforts to implement laws, regulations or policies, in a non-discriminatory manner, in order to meet its human rights obligations” and should additionally not contemplate economic penalties for states that enact non-discriminatory policy changes.[5]

Similarly, the OECD’s Guiding Principles for Durable Extractives Contracts[6] recognizes that investment projects have the potential to contribute to sustainable development if governed by “durable” contracts that align with the long-term development strategy of the host state, and “optimise the value from resource development for all stakeholders, including economic, social and environmental outcomes.”[7]

With regard to stabilization clauses, these Principles note that they may not be necessary to attract the investment of “technically and financially capable investors.”[8] However, if a state does deem them necessary, the OECD recommends that stabilization clauses be designed to minimize their impact on general tax policy by limiting their application to specific fiscal terms and a specific timeframe.[9]

If states are able to integrate these principles into their approach to contracts with extractive industry investors, they should not have to fear contract-based arbitration following the introduction of non-discriminatory regulation aimed at protecting human rights or ensuring sustainable development, including laws related to gender equality.

In mineral-rich nations that rely on foreign investment in the extractive industries, FDI projects are often governed by concession agreements that can remain in place for 30 years or more. Investors often insist on the insertion of stabilization clauses that can clash with governments’ actions to advance human rights and sustainable development if these actions adversely affect the investor.

Such clauses are designed to encourage investor confidence in that they shield the investment from future regulatory changes that may affect profits, potentially leading to not only compensation for sunk costs but also lost future profits. This could have a chilling effect on states wishing to develop and implement new human rights or gender equality laws if compliance adds to the operating expenses of the investor.

In light of these concerns, international organizations have, in recent years, developed principles that aim to guide states in the development of investment contracts that preserve domestic policy space to pursue objectives such as gender equality. Nevertheless, the onus is not just on states to propose these terms, but for investors to accept them. Thus, states need to have sufficient bargaining power when proposing such terms.

Sangwani Patrick Ng’ambi is a Lecturer of Law at the University of Zambia, School of Law.