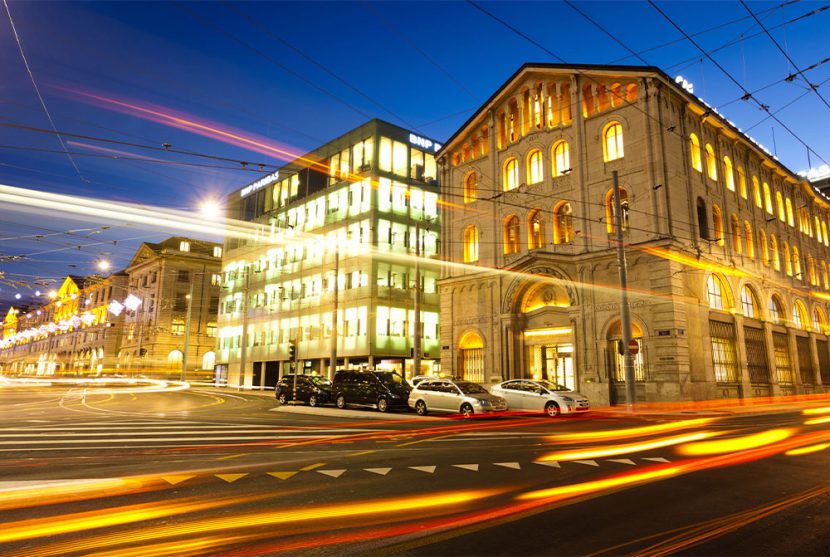 Multiple reform processes—either planned or envisaged—document a new momentum to address decades-old treaties that typically lack reform-oriented features. These IIA reform processes involve countries at all levels of development and from all geographical regions.

In 2017, UNCTAD launched its 10 Options for Phase 2 of IIA Reform, putting forward a set of approaches aimed at modernizing the existing stock of old-generation treaties. The 10 Options built on reform actions emerging at country and regional levels at that time and, since their publication, have spurred additional action to reform—interpret, amend, cancel or replace—existing treaties. UNCTAD combined its policy tools into the Reform Package for the International Investment Regime in 2018 to help investment policy-makers find tailor-made solutions for Phases 1 (new treaties), 2 (old treaties) and 3 of IIA Reform (coherence and synergies, for example, with national investment laws).[1]

The abundant amount of recent country and regional examples suggests that IIA reform is on course.[2] At the same time, the stock of old-generation agreements still amounts to some 3,000 (85 per cent of which are in force)—this is 10 times the number of new, reform-oriented treaties. Almost all of the over 70 known ISDS cases initiated in 2018 were based on old-generation treaties.

Core areas of IIA reform and reform processes by region

Discussions in focused breakout sessions addressed four reform objectives identified by UNCTAD (in the morning) and IIA reform processes by groups of countries (in the afternoon).

The morning breakout sessions focused on multilateral processes related to investment policy-making, including ECT “modernization,” ISDS reform at UNCITRAL Working Group III, the amendment of ICSID rules and regulations, structured discussions on investment facilitation at the WTO, the UN Guiding Principles on Business and Human Rights and the process to elaborate a binding treaty on business and human rights. The actual or potential contribution of these processes to IIA reform was discussed in four sessions, corresponding to core IIA reform objectives identified by UNCTAD:

In the second round, comprising four additional breakout sessions in the afternoon, participants discussed national and regional IIA reform processes in developing countries in Africa and Asia, in transition economies and in developed countries.[3]

1. Preserving the right to regulate, while providing protection

Speakers confirmed that preserving the right to regulate remained a key IIA reform objective and a balancing act. Countries and regions shared experiences in implementing or exploring different approaches to safeguard this objective (for example, new model BITs, new domestic legislation, termination of old-generation treaties, treaty interpretation and amendment). The specific circumstances of a country or region influenced the choice of the reform path and resulting challenges. Particular attention was given to the modernization of the ECT as a reform process with the potential to contribute to Phase 2 efforts. Civil society representatives attending the session were skeptical about the ECT reform process and suggested more profound reform actions. The urgency of climate action also shaped the debate. Beyond investment treaties, a few speakers mentioned that investor–state contracts deserve attention as they also interact with the right to regulate.

Speakers widely recognized the need to improve investment dispute settlement. Several countries participating in the session had developed ISDS reform approaches at the national or regional level and were engaged in multilateral reform processes (for example, at UNCITRAL and ICSID).

Some speakers expressed a preference for broader institutional or “systemic” reform, such as the options of an investment court or an appeals mechanism. Others focused on options for “incremental” modernization (for example, improved ISDS arbitration procedures in individual treaties), although the delineation was not always clear cut. The predictability and consistency of ISDS outcomes, the independence and impartiality of adjudicators, the costs of ISDS cases and the transparency of proceedings were frequently mentioned.

Several speakers were concerned about the adverse impact of ISDS cases on developing countries—including challenges to policy measures and damages awards—and the asymmetric nature of investor–state arbitration. A few questioned the benefits of ISDS and suggested deeper reforms to reorient the IIA regime toward sustainable development. Refocusing on domestic legal systems, including through a requirement to exhaust local remedies, was mentioned as a possible means in this regard.

The speakers shared experiences in implementing measures to promote and facilitate investment (for example, one-stop shops and focal points for investors), informed by UNCTAD’s Global Action Menu for Investment Facilitation.[4]

The speakers covered many issues related to the structured discussions on investment facilitation (IF) at the WTO, for example: the transparency of discussions and access to information for non-WTO members and stakeholders, the specific concerns of developing countries, the WTO trade facilitation agreement, market access obligations, differences between trade in goods and foreign investment, the usefulness of guidelines compared to binding instruments and the alignment of IF tools with the SDGs.

It was noted that IF was widely absent in IIAs. Questions were raised about the concrete contribution that a possible WTO framework on IF would have for the modernization of old-generation IIAs. More research and discussions on the interaction of possible WTO IF rules with IIA clauses and IIA reform were considered necessary. Surveys and empirical and impact analyses of IF measures could also prove helpful.

The session’s point of departure was the SDGs’ imperative to step up work on responsible investment, also in the context of IIA reform. While many national and international policy-making processes were mainstreaming the SDGs and related standards or guidelines on responsible investment, IIAs were considered to lag behind (despite exceptions, such as the SADC model BIT). Progress was emerging through innovative clauses in model IIAs, actual treaties and national frameworks, both in developing and developed countries.

Increasing interaction between different policy areas and allowing for some policy experimentation was considered important. The process to elaborate a binding treaty on business and human rights could be one example of “breaking the silos.”

The way forward for the theme of investor responsibility in IIAs could benefit from recognizing that many companies are integrating responsibility objectives and advocating for clearer and more coherent regulation that creates a level playing field. UNCTAD’s work on corporate sustainability reporting, related to the program on International Standards of Accounting and Reporting (ISAR), might offer insights.

The session on IIA reform processes in Africa provided many examples of countries and regional organizations proactively designing policy instruments to foster sustainable development and quality investments. This included new national investment laws and regional initiatives, including the Pan African Investment Code and the negotiations of the Investment Protocol to the African Continental FTA. Various processes aim at making national, regional and continental policies more coherent.

The four core IIA reform objectives discussed in the first round of sessions again figured prominently. With regard to Phase 2, the speakers noted that decades-old treaties presented a considerable challenge to African countries and exposed them to ISDS. One country, South Africa, has taken the initiative to terminate its BITs and adopted new domestic legislation.

It was considered important to have ownership over reform processes occurring within Africa and to design investment policy approaches in line with development priorities, while benefiting from the support of organizations and think tanks, including UNCTAD and IISD.

The speakers considered the core IIA reform areas identified by UNCTAD important to bring about a more sustainable development-oriented IIA regime. Several Asian countries recently reviewed their treaties, adopted new approaches or are drafting new models. Some have already taken steps to renegotiate or amend old-generation treaties. One country, India, has terminated existing treaties with a view to negotiating new ones. Generally, the region was more cautious about signing IIAs today than some decades ago. The speakers noted that overlapping treaty commitments between the same countries in the Asia–Pacific and the lack of consolidation efforts posed challenges (for example, in the context of RCEP and CPTPP).

It was pointed out that difficulties existed to renegotiate treaties with partner countries and coordinate such processes within a country. More work would be needed by UNCTAD and others to identify ways to jointly modernize the large stock of old treaties.

The IIA reform approaches of the Western Balkan countries are taking place in the region’s very specific context of engagement with the EU. Speakers shared common features and challenges for IIA reform, with all of them currently undergoing comprehensive reviews. The discussion then focused on EU accession prospects and the region’s cooperation on related issues. Aligning frameworks and treaties with the EU’s approach is one central objective. Some countries have reviewed their IIAs and decided not to sign any new treaties until other processes are completed, such as developing a new model.

The speakers referred to the Achmea decision’s implications for intra-EU BITs[5] and a potential joint instrument to terminate them. This issue is high on the agenda since the Western Balkans have many BITs in place with EU member states that could become intra-EU BITs upon accession. The ECT was also seen as an issue that merits attention.

Renegotiations of existing treaties with third countries not likely to be covered by EU negotiations could be an option. However, agreeing on this with partner countries proved difficult, especially in cases of state succession of treaties, a challenge faced by ex-Yugoslavian countries.

The speakers gave examples of how their countries or regions were extensively using all available reform tools for Phases 1 and 2, including those identified by UNCTAD—for example, joint interpretation, modification, replacement of outdated treaties, consolidation of existing BITs through plurilateral treaties and references to global standards. A part of the discussion centred on whether investment chapters were needed in agreements between developed countries. Another part focused on reform of investment dispute settlement at bilateral and multilateral levels. Several speakers stated that their countries or regions applied a nuanced approach to ISDS, for example, by including procedural improvements and refinements, replacing ISDS with a standing tribunal or, in some cases, not including ISDS. The countries participating in the session were engaged in the work of the UNCITRAL Working Group III, the ICSID amendment process and in work in other forums, such as the Asia–Pacific Economic Cooperation (APEC) and the OECD.

Many policy-makers and treaty negotiators are well versed in the different types of reform actions at their disposal. However, challenges persist and hold back Phase 2 of IIA reform at the level of individual countries and regions as well as at the cross-regional and multilateral levels. While some multilateral processes have the potential to contribute to Phase 2 outcomes, such effects are not necessarily automatic. Moreover, not all of the multilateral processes discussed promise concrete contributions to sustainable development-oriented Phase 2 outcomes. To scale up and accelerate Phase 2 of IIA reform, new methods and mechanisms may be needed, and particular attention needs to be given to overcoming barriers to reform.

Investment policy-makers and treaty negotiators from all regions referred to UNCTAD’s policy tools on IIA reform, the organization’s IIA and ISDS databases (the “Navigators”), technical assistance (including on IF) and multistakeholder and inter-governmental deliberations as helpful support in designing and implementing IIA reform actions adapted to the circumstances of individual countries.

In his closing remarks, the Director of UNCTAD’s Division on Investment and Enterprise announced that UNCTAD will expand its existing databases through a Navigator for IIA Reform Actions per Country and Region (IIA Reform Navigator), a pilot project based on research outputs from UNCTAD’s World Investment Reports. The IIA Reform Navigator could facilitate peer learning among policy-makers and offer a platform for identifying matching reform partners.

Further work will be undertaken, as a joint project with others, on lessons learned for IIA reform from global tax treaty reform (which may involve not only “do’s” but also “don’ts”). A more in-depth look into the multilateral instrument developed in the context of the OECD/G20 Base Erosion and Profit Shifting (BEPS) Project to update international tax rules may provide insights for the reform of old-generation IIAs.

[3] This article highlights selected issues that speakers discussed at UNCTAD’s High-level IIA Conference 2019 (written statements are available at https://investmentpolicy.unctad.org/pages/1056/high-level-iia-conference-2019-speakers-and-co-chairs) and academic rapporteurs summarized during the closing plenary (audio recording is available at https://conf.unog.ch/digitalrecordings/index.html?guid=public/60.2172/417FB8A4-94FE-441A-BD82-790FDBC5FEE9_15h09&position=0). The program and related information are available at https://investmentpolicy.unctad.org/pages/1047/high-level-iia-conference-2019