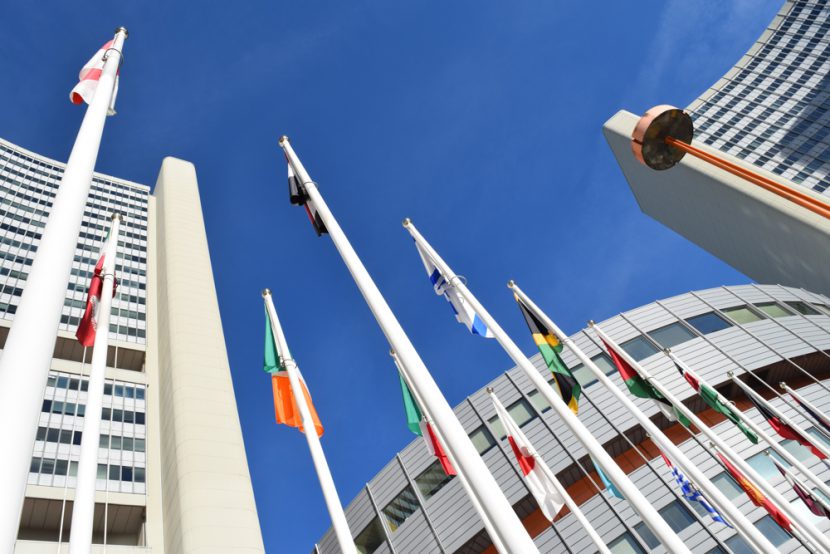 The October 14–18, 2019 session of UNCITRAL Working Group III on ISDS reform will be crucial to the outcome. However, its discussion of solutions to the crisis confronting the international investment regime risks becoming a choice between the Multilateral Investment Court (MIC) sponsored by the EU and “modernization” of procedural aspects of traditional investment treaties exemplified by the CPTPP. Neither will provide an adequate or effective solution to the crisis. The net needs to be cast much wider.

Several states participating in the UNCITRAL process have already adopted viable alternatives to ISDS. This paper identifies four such options and assesses how they might satisfy the broad concerns identified by the working group to date—lack of consistency, coherence, predictability and correctness of arbitral decisions; arbitrators and decision-makers; cost and duration of ISDS; and third-party funding—and other aspects the working group must take into account, including dispute prevention, exhaustion of local remedies, participation of affected local communities and regulatory chill.[1]

Several recent reforms have opted for state–state investment arbitration. The USMCA, signed in 2018, provides a three-year window for investor–state claims in respect of legacy investments under NAFTA Chapter 11.[2] After that, Chapter 14: Investment of the USMCA will only be enforceable between Canada and the Unites States through state–state panels.[3] South Africa’s Protection of Investment Act of 2015 provides for state–state arbitration after exhaustion of domestic legal remedies, with the states’ consent.[4] Brazil’s Cooperation and Facilitation Investment Agreements (CFIAs) allow for state–state arbitration where the matter has not been satisfactorily resolved through the early intervention processes of an ombudsperson or joint committee.[5] The SADC Model BIT of 2012 expresses a preference for state–state arbitration over ISDS, with options for the state to bring a dispute on behalf of an investor or to resolve a dispute over the interpretation or application of the treaty.[6]

Assessment: State–state dispute settlement shows greater respect for state sovereignty than ISDS and potentially a more careful balancing of public policy considerations.[7] Fewer investment disputes are likely to end up in formal arbitration, reducing overall cost and duration. However, state–state arbitration would not resolve concerns about lack of consistency, coherence, predictability and correctness of arbitral decisions, unless major changes were also made to arbitral procedures. Where there was standing consent to state–state arbitration, power asymmetries could still apply, and the chilling effect of diplomatic pressure on governments to change their proposed actions might even intensify.

2. Early intervention through national and inter-state dialogue and dispute resolution

Institutional mechanisms for dispute prevention and, where necessary, facilitated resolution of disputes at an early stage enhance the prospects of durable investment that benefits both foreign investors and the host state. This is preferable to after-the-fact remedies such as the current ISDS regime, which lead to long and expensive litigation and encourage an adversarial relationship that can fatally damage the relationship between investor and host state.

Early intervention may be through a contact point or involve dialogue between the state parties, including opportunities for stakeholders with an interest in the particular measures to participate. Where those avenues fail to resolve the matter, the state parties might have the option of international arbitration on terms set down in a bilateral agreement or adopted on a case-by-case basis.

Brazil’s CFIA model agreement, outlined in the paper submitted by the country to the working group in March 2019,[8] follows this approach. Policy space is further protected by excluding certain matters from the arbitral inquiry: security exceptions; investors’ compliance with domestic legislation; corporate social responsibility; investment measures combating corruption and illegality; and provisions on investment and environment, labour and health.

Assessment: Alternative Dispute Resolution (ADR) has the potential to address all the concerns that are slated for consideration in Phase 3: lack of consistency, coherence, predictability and correctness of arbitral decisions; arbitrators and decision-makers; cost and duration of ISDS; and third-party funding. The sovereignty of both states is fully respected. Foreign investors have avenues for redress within a framework that encourages long term investment, yet are subject to host states’ public policy priorities. More flexible institutional mechanisms can provide for participation by affected interests in resolving disputes, while the removal of threatened ISDS litigation minimizes the negative chilling effect on regulatory decisions.

3. Domestic legislation and enforcement with limited or no international arbitration

States can enact protections for foreign investors in domestic legislation that is enforced exclusively within the nation’s courts, which may be supplemented by mediation or by consensual state–state arbitration after the exhaustion of domestic legal remedies.

South Africa’s Protection of Investment Act of 2015 provides all investors, foreign and local, with explicit protections and access to the courts, while ensuring those rights and the state’s obligations are consistent with the national constitution and other fundamental legal instruments. Enforcement through domestic courts ensures the law will be interpreted by judicial officers who are well versed in the relevant jurisprudence. The act also provides for a special investor–state mediation regime.[9] The South African judicial system operates on precedent, with a permanent judiciary and a highly respected Constitutional Court. Significantly, some foreign investors still have rights to pursue ISDS disputes under BITs, including through survival clauses in agreements that South Africa has terminated, but none has done so.

Assessment: Reliance on domestic legislation can address concerns over the lack of consistency, coherence, predictability and correctness of arbitral decisions; arbitrators and decision-makers; and cost and duration of ISDS; and may also address third-party funding. Precedent-based interpretation of investor protection rules through domestic courts increases the predictability of interpretations, with opportunities for appeal. Where investors lack confidence in the quality of the domestic courts, they would be in a position to assess the relative benefits and risks of proceeding with the investment and take additional precautions, such as risk insurance, if they deem it appropriate. Mediation provides foreign investors with a less costly, more expeditious and non-adversarial option. Affected communities can be given the rights to participate in domestic judicial proceedings and third-party funding can be governed by domestic rules. Removing the threat of ISDS litigation would reduce the negative chilling effect on regulatory decisions.

A requirement to exhaust local remedies recognizes that domestic courts are the most appropriate jurisdiction to hear a grievance arising in the public domain and to rule on the relevant facts and law.[10] Doing so shows respect for the country’s institutions and allows the state to resolve the matter before it is elevated to an international tribunal. If and when international tribunals become involved, they act as a supplement to, instead of a substitute for, domestic courts. Where relevant, the domestic court record can help the international tribunal conduct its own review. As UNCTAD observed, increased reliance on domestic courts, coupled with support for states whose legal systems are less developed, can also strengthen the rule of law and consistency of domestic jurisprudence and remedy some deficiencies that are used to justify ISDS.[11]

There are many possible permutations. The investor could be required to seek domestic remedies before the relevant domestic court or administrative tribunal within a specified period of becoming aware of the state’s action. Where a government measure or action has already been litigated in domestic courts, its elevation to the international level could be limited to state–state arbitration and subject to the host state’s consent. Alternatively, an investment arbitration claim might have to be filed within a specified period after the conclusion of domestic proceedings on the same measure or fact situation.

In accordance with customary international law, the investor should have access to an international forum after it has pursued domestic judicial or administrative remedies for a minimum period without satisfactory resolution. But that could be subject to mandatory consultation or negotiation, again with strict timelines. Equally strict timelines might apply for submitting the claim to international arbitration.

States might also adopt a hybrid approach. Domestic investment law or an international agreement could reserve certain disputes for the domestic courts; for example, those involving taxation, natural resources or obligations in treaties with Indigenous Peoples. Access to international arbitration could exclude certain investments that national courts have found were made through fraudulent misrepresentation, concealment, corruption, money laundering or conduct amounting to an abuse of process, where claims relate to those decisions or the same factual matters.[12] Similar restrictions could apply to investors or investments that domestic courts found were in breach of labour, environment or human rights laws.

The USMCA subjects claims involving Mexico and the United States to a four-year limitation for lodging an ISDS dispute.[13] The investor must first seek redress from the host state’s domestic courts with respect to the measures alleged to constitute a breach until they obtain a decision or 30 months from when the proceeding was initiated, whichever is sooner.[14] Accordingly, there is an 18-month window for lodging an investment claim. However, an investor can seek to bypass the domestic court phase where it claims recourse to domestic remedies is obviously futile[15] or under other customary international law exceptions to the exhaustion requirement.[16]

The 2018 India–Belarus BIT, which applies the 2015 Indian Model BIT,[17] requires the investor to pursue domestic judicial or administrative remedies related to the measure for at least five years from when it became aware of the measure.[18] Where the investor finds no satisfactory resolution, it can pursue ISDS at ICSID or under UNCITRAL rules within even stricter timelines than USMCA.[19] A fork-in-the-road clause requires the investor who initiates arbitration to abandon any ongoing domestic proceedings with respect to the same measure.[20] The agreement also prohibits a tribunal from reviewing the merits of a decision of a domestic judicial authority.[21]

A third example is the BIT between Morocco and Nigeria signed in 2016. Access to ISDS is conditional on a combination of a Brazilian-style CFIA Joint Committee process and exhaustion of local remedies in the courts of the host state.[22]

Assessment: The combination of exhaustion of local remedies, strict timelines and preserving certain matters for domestic courts respects the regulatory sovereignty of the host state and the jurisdiction and authority of domestic courts and is likely to channel most disputes to those courts. If a matter proceeds to international arbitration, the strict timelines could also prevent abuses of process, especially where there is a fork-in-the-road clause. This approach might shorten duration and hence cost. However, concerns over certainty, predictability and third-party funding would continue. Affected communities would have no additional rights to participate in the arbitral process beyond standard ICSID and UNCITRAL rules. The potential for regulatory chill would remain.

As Phase 3 proceeds, Working Group III will need to propose credible, durable and effective solutions to the deep-seated, systemic problems confronting the international investment regime. These are just some of the options for the process side of the equation, which need to be complemented by fundamental changes to the unbalanced investor protection rules. Failure to look beyond the two limited reforms that have dominated the working group discussions on process to date will doom the current UNCITRAL initiative to irrelevancy.

[17] Government of the Republic of India. (2015, December). Model text for the Indian bilateral investment treaty. Retrieved from https://investmentpolicy.unctad.org/international-investment-agreements/treaty-files/3560/download