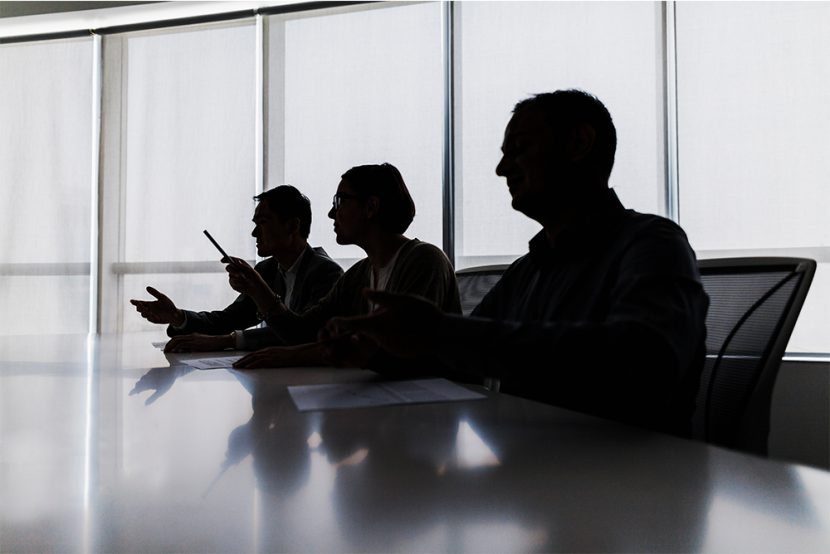 The idea of entrusting party-appointed arbitrators with powers to decide investor–state disputes through final and binding awards, inherited from commercial arbitration and traditionally accepted as appropriate, now causes discomfort among critics. Growing questions about arbitrators’ independence and impartiality have prompted a reflection on the legitimacy of international arbitration as a mechanism for settling investment disputes that often involve regulatory issues and the public interest.

These concerns are now fuelling ISDS reform initiatives touching on arbitrators’ ethics. Modern investment treaties and treaty models increasingly include stricter ethical standards. Furthermore, in its new agreements the EU has replaced traditional ISDS with an Investment Court System (ICS), featuring standing first-instance and appellate tribunals composed of tenured adjudicators. The EU’s goal is to make ICS global by establishing a multilateral investment court (MIC). The ongoing process to amend ICSID rules and regulations has also involved discussions on developing a code of conduct and requiring stricter ethical standards. Finally, in the ongoing process for multilateral ISDS reform at UNCITRAL Working Group III, states have identified “concerns pertaining to arbitrators and decision makers,” including their (apparent) lack of independence and impartiality, the limitations in existing mechanisms to challenge them and their qualifications to decide cases. The working group concluded that it is desirable for UNCITRAL to develop reforms addressing those concerns and will tackle them as it reaches the solution-development stage of its mandate.

Katia Fach Gómez thus sets out to “provide a detailed analysis of a significant set of duties that are attributed to investment adjudicators—both traditional international investment arbitrators and also prospective members of the tribunal/judges” (p. 9). Her timely analysis will serve as invaluable input into discussions on adjudicators’ ethics in the abovementioned reform processes and in the EU-led establishment of a MIC. In turn, developments in these processes will soon necessitate a second edition of the book.

The author chose not to devote a chapter to the duty of independence and impartiality, which are already widely discussed in the literature and case law. The book focuses instead on duties that “have thus far been viewed as less clearly-defined, or even secondary” (p. 10): the duties of disclosure, personal diligence and integrity, confidentiality, control of arbitration costs, and continuous training.

Chapter 1: Introduction. A transnational study of legal and ethical dilemmas

To describe the main characteristics of ISDS and its evolution, the author pays specific attention “to recent developments in this area that have arisen from EU initiatives” (p. 1). For example, she notes how various elements in the EU ICS proposal—such as the appointment of judges by a committee, their “quasi-civil servant status” and fixed salary, the random assignment of cases and the appellate mechanism—reflect the notion of public justice that the EU aims to embed in this court-like system and an eventual MIC (pp. 4–5). ISDS reform processes at UNCITRAL, ICSID and the renegotiation of NAFTA earn a brief mention (pp. 5–6).

The EU-centric perspective throughout the book may be explained by the author’s background and by her laudable intent to bring a positive contribution to EU initiatives. In addition, the EU’s resolve to create a MIC suggests that it will create it even if the idea fails to gain consensus support at UNCITRAL. That said, given that various states have not concluded and may not intend to conclude agreements with the EU featuring an ICS and may decide against joining a MIC, ISDS reform initiatives at UNCITRAL and ICSID may have greater relevance globally.

The author’s apparent endorsement of the EU’s idea that the ICS/MIC proposal “dynamites” and fully replaces the “old ISDS” mechanism (p. 5) could also have been framed in a more nuanced manner. While ICS/MIC may respond to certain ethical concerns, it fails to address other concerns with ISDS. Like classic ISDS, ICS/MIC offers foreign investors an extraordinary treaty-based legal remedy, without offering the same rights to other investment-relevant stakeholders, such as domestic investors, affected individuals or communities, or even states. Despite its ethical enhancements, ICS/MIC is only a partially improved version of ISDS[2] and, in that sense, still reflects a 1960s’ world view (p. 3).

The introductory chapter also points to the lack of systematization in how treaties and arbitration rules address arbitrators’ duties, but welcomes the code of conduct as “an interesting novelty that has begun to emerge in the investment arbitration milieu over recent years,” including in proposals by academics, model BITs, EU treaties and the ICSID rule amendment process (p. 8). The chapter cautions that recent codes of conduct are “drafted in general and ambiguous terms” and are not necessarily comprehensive.

Chapters 2 and 3: The duty of disclosure

Chapter 2 discusses arbitrators’ duty “to disclose a series of circumstances that may connect them with the case or its participants” (p. 25). The author first analyzes the formal aspects and content of statements of impartiality and independence required by disclosure rules under ICSID and other arbitration institutions and rules, such as the ICC, the Singapore Investment Arbitration Centre (SIAC), the PCA and UNCITRAL, as well as similar rules outside the investment arbitration context, such as the CJEU and the WTO.

Noting the virtues of more modern approaches, the author stresses that ICSID could “refine and strengthen its demands in matters of arbitrator disclosure” (p. 37). Finding that ICSID arbitrators’ alleged ignorance of a particular circumstance has often been accepted to avoid disqualification, she calls for rephrasing ICSID texts on the duty of disclosure to “enable a shift away from arbitrator-centred towards more party-centred standards” (p. 44). She also recommends including “explicit references to the on-going nature of the duty of disclosure,” emphasizing the need for continuous trust between the adjudicator and the parties (p. 50).

Importantly, Fach Gómez makes the case for arbitration institutions taking a more active role in ensuring compliance with this duty of disclosure, such as by reviewing arbitrators’ statements and CVs, or organizing mandatory courses covering “issues such as ethics and integrity,” among others (p. 68). She looks into the rare cases in which arbitration institutions applied penalties to commercial arbitrators who failed to fulfil their duty of disclosure, but expresses skepticism as to the possibility of holding investment arbitrators liable, as their “immunity…has so far proved to be an almost unshakable principle” (p. 70).

Chapter 3 takes a deep dive into the Guidelines on Conflicts of Interest in International Arbitration of the International Bar Association (IBA); references to it in investment disputes and in some recent investment treaties; and their potential influence in the development of codes of conduct. The author presents detailed case studies on three controversial investment arbitration topics—repeat appointments, issue conflict and multiple hatting—and their links with the duty of disclosure.

Chapter 4: The duty of personal diligence and integrity

To define the contours of the duty of personal diligence and integrity, Fach Gómez starts with the non-delegation of responsibilities, studying the practice of ICSID arbitrators to hire assistants in addition to the official ICSID secretary and examining related proposals in the ICSID rule amendment process. She looks into the case of Yukos v. Russia, where Russia challenged the USD 50 billion awards in the Dutch courts, partly on the grounds of an assistant being heavily involved in the arbitral deliberations, including at the awards stage, “in breach of the Tribunal’s mandate to personally perform these tasks” (p. 135). While noting that this aspect was not determinant of the set-aside of the award, the author supports clarifying the rules by listing the tasks of assistants or determining that their tasks should be set in consultation with the parties.

The author explores two more aspects of the duty of personal diligence and integrity. As to arbitrator time-related availability, she notes the influential wording of the 1994 NAFTA Code of Conduct, as well as proposed ICSID rule amendments to strengthen arbitrators’ commitment to availability and efficiency throughout the proceedings. Furthermore, given the successful challenges against arbitrators in Burlington v. Ecuador and Perenco v. Ecuador, she supports including references to “dignified behaviour” in future codes of conduct (p. 153).

Chapter 5: The duty of confidentiality

For Fach Gómez, there is convergence between an investment adjudicator’s “duties as guarantor of transparency vis-à-vis the public, and his/her duty of confidentiality with respect to the participants in the proceedings” (p. 171). She considers that the UNCITRAL Rules on Transparency in Treaty-based Investor–State Arbitration are an “extremely important international text” that can serve as a reference on transparency, while noting that confidentiality is ultimately linked to arbitrators’ prohibition of ex parte communications and with the arbitration institutions’ duty to respect the privacy and secrecy of tribunal deliberations and drafts (p. 166). She also notes that states’ increased adoption of improved transparency standards means that the scope of the duty of confidentiality tends to become narrower, with “little information that can still be classified as non-public” (pp. 172–173).

Chapter 6: Other duties. Control of arbitration costs and continuous training

Referring to the cases of Getma v. Guinea, in which arbitrators unilaterally increased their own fees, and Chevron and Texaco v. Ecuador, where the presiding arbitrator was paid fees of about USD 1 million, Chapter 6 briefly explores the duty of arbitrators to rationalize arbitration costs. This duty is linked to another category of concerns identified by UNCITRAL member states as desirable to be reformed: the significant costs and duration of ISDS proceedings.

The author points to ICSID rule amendment proposals aimed at strengthening arbitrators’ duty to control costs, such as establishing time limits for rendering awards, determining payment of arbitrators after specific milestones, or sanctioning delays by reducing arbitrators’ fees. She also highlights provisions related to costs in the EU ICS approach, such as provisions that disallow multiple claims, along with articles that address security for costs and third-party funding, as well as the establishment of a retainer scheme for adjudicators (pp. 180–181).

Finally, the author says that international adjudicators have a duty to develop their professional skills continuously. In her view, increased knowledge and sensitivity of adjudicators regarding ethical standards and human rights, for example, could lead to higher-quality decisions. She supports the role of arbitral institutions, the EU and UNCITRAL in examining the issue further (p. 185).

Chapter 7: Conclusion. A new code of conduct for present and future investment adjudicators

The final chapter summarizes Fach Gómez’s policy recommendations and her case for a “new code of conduct for present and future investment adjudicators” (p. 203). Again, she praises the EU initiatives in this area, saying that these “constitute an advance in terms of systematization, visibility, transparency and accountability” that could help “spark a race to the top” (p. 191–192).

I read this optimism with mixed feelings. Fach Gómez’s book offers a persuasive account of the potential virtues of codes of conduct in attaining higher ethical standards of investment adjudicators and thus improving the ISDS regime. However, her work also points to their limitations and the need for refinement, given that these efforts are still in the early stages and suffer from “ambiguity and lack of completeness,” which also apply to “the content of the specific investment arbitrators’ duties that would give shape to the code of conduct” (p. 192).

Fach Gómez also points to questions that have emerged in the UNCITRAL process: “how should ethical rules be enforced and by whom (arbitrators, parties, institutions, others)?” (p. 18). She says that these questions “should be answered in the future with a call to develop a range of disciplinary instruments, available should investment adjudicators fail to comply with their duties” (p. 18). But how likely is it that such disciplinary instruments would be developed and effectively used, given that “almost unshakable principle” of investment arbitrator immunity (p. 70)?

More fundamentally, a code of conduct is not a panacea for the wider and deeper problems inherent in the ISDS regime. Broadly worded substantive provisions still exist in imbalanced investment treaties, granting rights to foreign investors without subjecting them to enforceable obligations. These treaties still allow foreign investors to challenge government measures aimed at achieving national development priorities, the SDGs, and climate change mitigation and adaptation objectives. A pool of investment adjudicators compliant with the highest ethical standards can only do limited good if the law they are applying is fundamentally flawed.