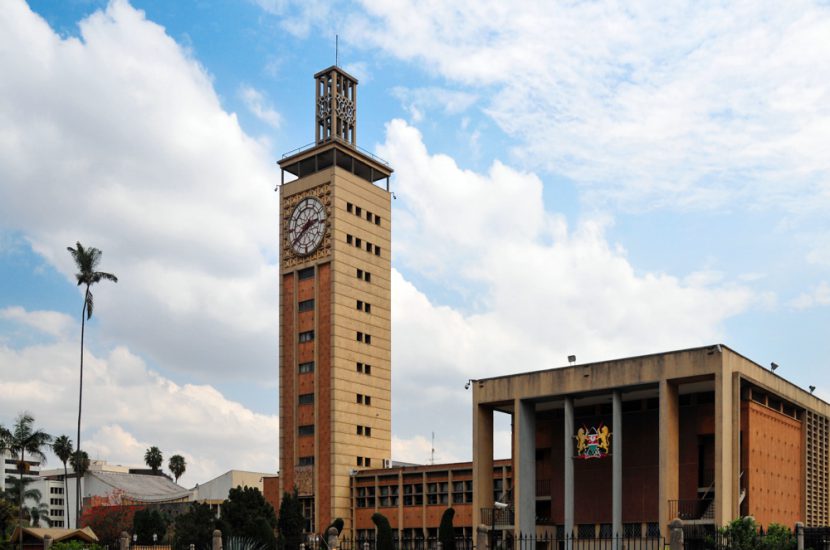 For decades, the Kenyan government concluded BITs without parliamentary oversight. This is now changing. The Constitution of Kenya 2010 introduces greater democratization of the treaty-making process and practice by requiring parliamentary scrutiny and public participation in the approval process.

However, parliament has used its oversight powers more in the breach than in the observance. For instance, although the country has ratified seven BITs since the constitution came into force,[1] there is little, if any, evidence of parliamentary involvement in the process.

The recent High Court of Kenya’s decision in Tax Justice Network—Africa v. Cabinet Secretary for National Treasury & 2 others[2] (TJN-A Case) held that parliament’s scrutiny and approval is not necessary for Kenya to conclude double taxation treaties (DTTs). This further serves to diminish public awareness and accountability in the process.

Before the 2010 constitution, the country was governed by the 1969 constitution, which contained no express provision for treaty making and implementation. Its Section 23 vested executive authority in the president, and there was implicit understanding that treaty-making powers fell under this purview.

As a former British colony, the country followed the British system under which treaty making is a function of the executive, and a treaty is not part of Kenyan law unless and until it has been incorporated into the law by legislation.[3] The Court of Appeal in Okunda v. Republic[4] endorsed this approach, saying that “the provisions of a treaty entered into by the Government of Kenya do not become part of the municipal law of Kenya save in so far as they are made such by the law of Kenya.”

When the country embarked on the process of rewriting the constitution, there were suggestions from the public that “Parliamentary approval should be sought before the Executive gives consent to any treaty.”[5] This was intended to enhance public accountability and transparency in entering into treaties, as opaqueness and secrecy have serious ramifications for the country’s social, economic and political architecture.

On the investment front, poorly designed and implemented BITs with ISDS mechanisms can produce expensive bills and constrain policy and regulatory processes. They increase risks of litigation and give developed countries more rights and powers, among other challenges and problems they pose. Indeed, three different companies have so far sued the government, challenging a range of policy decisions and regulatory measures. Public awareness and scrutiny could help mitigate the adverse consequences.

The 2010 constitution came into force on August 27, 2010. It has wide-ranging implications for a broad swathe of the country’s economic, social and political governance. Treaty making and treaty policy are no exception.

The national executive is responsible for initiating, negotiating, signing and ratifying treaties.[7] When initiating a treaty-making process, the national executive is required to consider several variables, including the costs of formulating and adopting the treaty. If the government decides to proceed with the treaty process, the Cabinet Secretary, in consultation with the Attorney-General, must submit the text of the treaty for cabinet approval. After cabinet approves a treaty, the Cabinet Secretary must then table this in parliament.[8] As part of its approval process, parliament must facilitate public consultation.[9]

The reformed treaty-making process has now been in place for over five years. During this time, Kenya extended its network of IIAs. The new BITs include agreements with Japan, South Korea, Mauritius, Turkey and the United Arab Emirates. The BITs with Japan and South Korea are in force.

Also, Kenya has had to contend with two investment disputes. In Cortec Mining v. Kenya,[10] the tribunal held that environmental impact assessment is mandatory for anyone considering investment and thereby dismissed the claimant’s case that the cancellation of a special mining licence breached the Kenya–United Kingdom BIT.[11] The award in favour of Kenya was rendered on October 22, 2018, but on March 19, 2019 ICSID registered the claimants’ application to annul the award; the annulment proceedings are pending at the time of writing.[12]

In an ongoing contract-based arbitration case, WalAM Energy Inc v. Republic of Kenya,[13] the claimant has sued the government at ICSID for USD 600 million as compensation for the cancellation of the geothermal prospecting licence. The government contends that the claimant lacked the wherewithal to explore geothermal resources. While this claim was brought under a contract, similar cases have also been brought to ICSID under treaties in the past, demonstrating the types of risks inherent to international investment arbitration more generally.

Yet it is striking that the parliament has not taken note of these developments or sought to interrogate the law and policy that is giving rise to these huge claims. Its role is little more than perfunctory, mechanically passing investment treaties with virtually no scrutiny even as these instruments have gradually expanded in scope—and arguably shifted in purpose.

Parliament’s role in the process is not meant to be perfunctory and mechanical. Rather, it is meant to enhance public awareness and improve democratic accountability. After all, parliament represents the sovereignty of the people. After the passing the 2010 constitution, the executive’s treaty-making power was constrained by the need for legislative approval and thus an intentionally greater democratization of the treaty-making power, one expressly driven by notions of popular sovereignty.

The TJN-A Case and implications for investment treaty making

The Kenya–Mauritius DTT was published by the Cabinet Secretary for Treasury on May 23, 2014 through Legal Notice 59 of 2014. In the TJN-A Case, the High Court of Kenya invalidated the DTT on the basis that the legal notice, which gives effect to the tax treaty, was not tabled before parliament as required by the Statutory Instruments Act.[14]

It is possible that if a BIT had been the subject of litigation in the TJN-A Case instead of a DTT, the court would have arrived at the same conclusion, given that tax treaties and BITs have one stated purpose in common—seeking, in their own ways, to increase and attract foreign investments. However, both DTTs and BITs have important monetary impacts for states. In fact, the impact of BITs on the national budget tends to be even greater, because they subject the state to binding international arbitration, which often involves significant monetary risks. Accordingly, the risks involved in both types of treaties—and in BITs in particular—justify and recommend parliamentary scrutiny.

In arriving at this position, the court disregarded constitutional and legislative measures without giving any plausible explanation. Section 8 of the Ratification and Treaty Making Act enjoins parliament to facilitate public participation, while Section 6 says the executive is bound by the values and principles of the constitution when negotiating treaties. Under Article 10 of the constitution, the values and principles that government organs must observe in policy and legislative processes include public participation.

Second, the court ruled that tax treaties are not subject to the Ratification and Treaty Making Act because they deal with government business as well as technical, administrative or executive matters. Section 3(4) allows the government to negotiate bilateral agreements “necessary for matters relating to government business” or “relating to technical, administrative or Executive matters,” without following the framework set out in the act, but gives no guidance as to the meaning of these terms.

This lack of clarity is problematic because it may give government officers room to argue that BITs are entered into for “government business” and, as a result, are not subject to scrutiny. As argued above, however, parliamentary scrutiny of investment treaties is constitutionally required given the significant monetary risks they pose.

Looking to the future

It is now axiomatic that the conducting of international relations must be in conformity with Kenya’s 2010 constitution, which intends that the treaty-making power be democratized through legislative approval and public participation. Yet to date the Kenyan Parliament has played little more than a perfunctory role in the adoption of investment treaties.