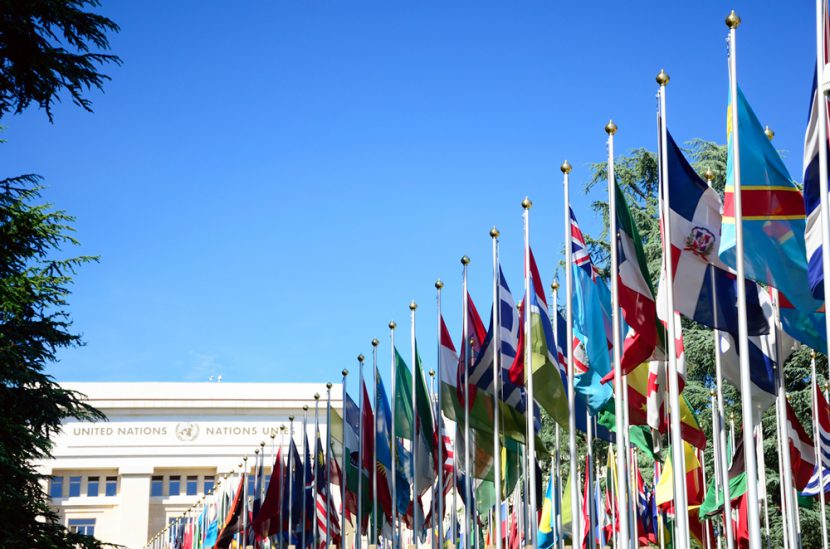 The zero draft of one of the most important international human rights treaties of recent years—an instrument addressing business and human rights—was released in July 2018 by Ecuador’s Ambassador acting as chair of the process.[1] Largely focused on the key issue of access to justice and remedy for those who allege harm by a business enterprise, the draft is already having an impact on the tone and character of the debates, so far focused primarily on political and procedural considerations. This article carries out a preliminary critical analysis of the salient elements of the draft treaty.

In 2014, the UN Human Rights Council in Geneva adopted by majority resolution 26/9 creating an Intergovernmental Working Group to elaborate a “legally binding instrument to regulate, in international human rights law, the activities of transnational corporations and other business enterprises” (a treaty on business and human rights).[2] The working group has held three sessions,[3] with its next session scheduled for October 16–19, 2018.

The zero draft makes reasonable choices in its overall structure and main focus on state obligations. The chosen model is a treaty focused on access to remedy and justice by victims of corporate abuse and legal accountability of transnational corporations. Other options included a framework treaty and a treaty that would focus on creating or recognizing direct human rights obligations for businesses under international law. In the zero draft, business human rights obligations are only recognized as such in the preamble, which provides that all business enterprises “shall respect all human rights.”

The focus on remedies and accountability for business enterprises’ abuses is commendable, and the treaty’s structure, including the headings, tackles head-on the most pressing issues, including legal liability of corporations, victims’ rights, jurisdiction and mutual legal assistance, among others. All of these make the draft treaty a politically viable alternative. However, the way it deals with those issues is uneven, imprecise and at times obscure. In any case, having a full draft in front of our eyes undoubtedly helps in the debates and the eventual improvement of the draft.

The role of the state

Regrettably, the draft treaty pays scant attention to the business role of the state and the need for accountability and remedy in that context. Very often, states enter into joint ventures with private investors or otherwise facilitate and support business operations in mining, oil and gas and other sectors or provide security to the operational sites. Many of the abuses reported usually involve private business and state complicity. Further, some provisions seem to go in the opposite direction. For instance, Article 13 on consistency with international law astonishingly presents broadly worded clauses that leave existing state obligations untouched.

The zero draft addresses only the conduct of transnational corporations and other business enterprises that have “transnational activities.” Actions or omissions by businesses acting only within domestic jurisdictions are omitted. The zero draft treaty defines “business activities of transnational character” as those “for-profit activities” that “take place or involve actions, persons or impact in two or more national jurisdictions” (Art. 4(2)). The limitation in scope is in detriment of a broader scope including all business operations, as advocated by some states and non-governmental organizations.

This limited scope has been a matter of contention since the start of the process.[4] The scope has impacts on the reach and consistency of several treaty provisions whose focus is the definition of grounds of legal liability (mainly civil and criminal) for businesses and access to remedy and reparation. Its disruptive effects can be seen more prominently in the definition of corporate criminal offences that state parties are required to enact domestically. Under the current scope and definitions, only criminal conduct (no matter its seriousness) that occurs in more than one jurisdiction may be punishable, which may lead to the absurd outcome that egregious criminal conduct (for instance crimes against humanity) may not be punishable if committed by businesses acting only within one jurisdiction.

To mitigate this distortion, the draft could have inserted a clause inspired by Article 34.2 of the UN Convention on Transnational Organized Crime.[5] An adapted provision could read:

This proposed clause could also be broadened to cover human rights due diligence (Art. 9).

Despite these deficiencies, the draft treaty will reassure those concerned that the operations of transnational corporations may not be properly addressed if they were to be embedded within broad and vague norms that would address “all business enterprises.”

The draft treaty takes a sweeping approach to the issue of preventive measures to be required by states from business enterprises (Art. 9). These measures are framed as a sort of (human rights) due diligence that significantly departs from what is generally known as such.

As formulated in the UN Guiding Principles on Business and Human Rights,[6] human rights due diligence is a four-step process whereby business enterprises should identify, prevent, mitigate and account for how they address their adverse human rights impacts. The zero draft adds “meaningful consultation” with affected groups, the requirement of financial security to cover potential compensation claims and the incorporation of some measures into businesses’ transnational contracts. Failure to comply with such due diligence measures would entail legal liability. A provision for “effective national procedures” to “enforce compliance”—something that is always weak everywhere—is positive. However, both businesses and governments will find it hard to comply or monitor compliance respectively unless these obligations of due diligence are further clarified and defined.

Given that preventive measures are usually regarded as a priority and that large sectors of organized civil society are advocating for mandatory human rights due diligence for businesses, this section of the draft treaty is likely to remain included in a final draft, though in a revised form.

The core of the draft treaty is perhaps its provisions on legal liability for transnational corporations and the rights of victims to remedy and reparation. Although it is not strictly needed, draft Article 8 starts with a restatement of the rights of victims to access to justice and remedies. It is not clear how various forms of reparation will work when applied to companies. In addition, references to “environmental remediation” and “ecological restoration” also need clarification if they are different from other generally accepted forms of reparation.

Among the rights of victims spelled out in the draft convention, the sweeping provision that “in no case shall victims be required to reimburse any legal expenses of the other party to the claim” (Art. 8(5)(d)) stands out as potentially controversial since it may be seen as an incentive to frivolous litigation, though that problem could be addressed through a screening system. The draft treaty also provides for the establishment of a Fund for Victims (Art. 8(7)).

Article 10 focuses on civil and criminal liability. It requires the enactment of civil, criminal or administrative legal liability for abuses committed in the context of transnational business activity, and provides that liability applies to both legal and natural persons.

Key issues in this discussion are the parent–subsidiary company and lead–supplier company relationships and the corresponding legal responsibilities in the event that harm is caused or contributed to in the context of business operations. Draft Article 10(6) attempts to tackle this complex and contested issue by mandating certain parameters whereby a “person with business activities of transnational character” (presumably a business corporation) will be liable for harm caused in the context of those operations:

The various grounds under which the liability of parent companies may be established in relation to wrongs by their subsidiaries are remarkable for their flexible definition and their alternative application. This suggests an effort to cover all possible ways in which a company may be involved in the harm caused by others. However, there is a need for careful analysis to ascertain the extent to which these clauses will be effective in clarifying the link between parent and subsidiary or, on the contrary, will provide an incentive for parent companies’ hands-off strategies to avoid “strong” or clear connections with other companies.

The provision is likely to be the subject of heated debates during negotiations, as many corporations and states remain keenly attached to the doctrine of separation of legal entities (the corporate veil). Heightened attention will come not only from legal experts but also from groups and communities from around the world who often complain that subsidiaries of large companies in the extractive sector cause damage to their livelihoods, environments and health, among others.

The provisions on criminal legal liability (Art. 10(8)–(12)) are similarly formulated in loose fashion. It should be said for starters that a special provision on corporate criminal liability should be welcomed as a step forward and maintained until the end, but the language needs to be more precise. The draft treaty not only calls for criminal liability for all human rights violations amounting to criminal offences under international law and “domestic law” (potentially leaving room for divergent and potentially arbitrary approaches) but also limits its application to offences committed by “persons with business activities of a transnational character.” This narrow scope will likely lead to further debate and discussion.

The draft treaty would create a committee of experts to monitor and promote the implementation of the treaty and a conference of state Parties (Art. 14), but regrettably confines their functions to the traditional functions performed by existing similar bodies. The limitations in terms of effectiveness of the current international system of monitoring and supervision based on expert committees are well known. This system is already insufficient in examining state compliance with classic human rights treaties and may be even less effective in relation to practices and policies of business enterprises. Rather than replicating the existing system, the new treaty on business and human rights could establish innovative practices and mechanisms to strengthen the functions and enhance the effectiveness of the international system of treaty monitoring and supervision.

By early August, Ecuador’s Ambassador released also a draft optional protocol containing provisions for a National Implementation Mechanism and a complaints function for the expert committee created under Article 14 of the main treaty. Although receiving complaints is a welcome function for the Committee, the applicable procedure and final outcomes are far from clear and effective. These aspects deserve a separate analysis.

All things considered, it may be said that the draft treaty is a step forward and a viable option. Many doubted the process would advance to the stage of having a full draft for negotiations. The process is in its fourth year and moving forward despite the many challenges. But the drafting of the treaty needs considerable work to measure up to the high expectations and needs expressed by the international community and especially those in need of justice and reparation.

Carlos Lopez is Senior Legal Advisor at the International Commission of Jurists.

[1] UN Office of the High Commissioner of Human Rights [OHCHR]. (2018, July 16). Legally Binding Instrument to Regulate, in International Human Rights Law, the Activities of Transnational Corporations and Other Business Enterprises. Retrieved from https://www.ohchr.org/Documents/HRBodies/HRCouncil/WGTransCorp/Session3/DraftLBI.pdf

[3] Zhang, J., & Abebe, M. (2017, December). The journey of a binding treaty on human rights: Three years out and where is it heading? Investment Treaty News, 8(4), 3–4. Retrieved from https://www.iisd.org/itn/2017/12/21/the-journey-of-a-binding-treaty-on-human-rights-three-years-outand-where-is-it-heading-joe-zhang-and-mintewab-abebe; Zhang, J. (2015, November). Negotiations kick off on a binding treaty on business and human rights, Investment Treaty News, 6(4), 10–11. Retrieved from https://www.iisd.org/itn/en/2015/11/26/negotiations-kick-off-on-a-binding-treaty-on-business-and-human-rights

[4] International Commission of Jurists. (2015, May 30). Submission on scope of future treaty on business and human rights. Retrieved from https://www.icj.org/submission-on-scope-of-future-treaty-on-business-and-human-rights

[5] UN Office of Drugs and Crime. (2004). United Nations Convention Against Transnational Organized Crime and the Protocols Thereto. Retrieved from https://www.unodc.org/documents/treaties/UNTOC/Publications/TOC%20Convention/TOCebook-e.pdf