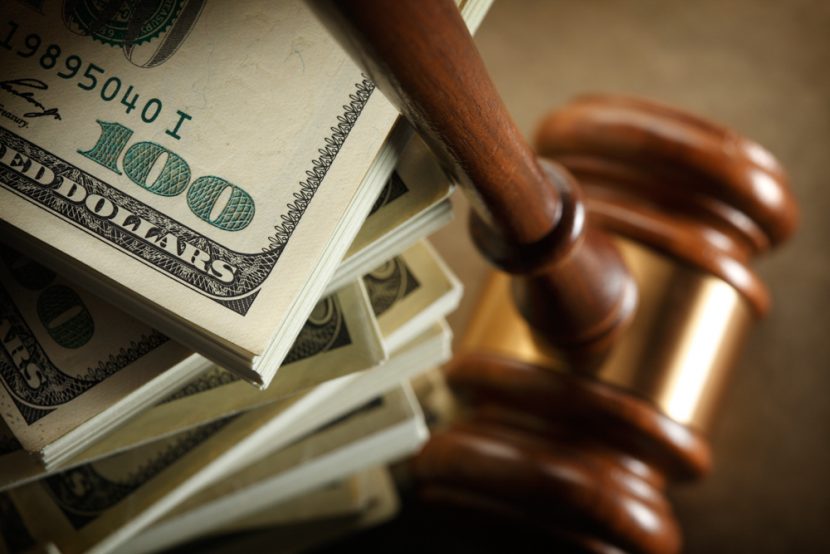 Third-party litigation funding (TPF) is a rapidly expanding industry composed of speculative investors who invest in a legal claim for control of the case and a contingency in the recovery.[1] In the wake of the global financial crisis and the demand by speculative finance for new investment vehicles, TPF has discovered the regime of bilateral investment treaties (BITs) with investor–state dispute settlement (ISDS) mechanisms.

The high costs and potentially high damages characteristic of ISDS cases have made it a new and highly attractive market for TPF. It is difficult to estimate the scale of TPF in ISDS today, since TPF funders generally prefer not to disclose their role to the other parties or to the arbitrators. However, available evidence suggests an already significant role, with TPF (actual or alleged) at issue in several recent ISDS cases.[2] With many jurisdictions beginning to recognize the impact of TPF and its unique role in international investment arbitration, it is important to consider whether TPF is consistent with the goals of the investment law regime and the values and interests states must advance and protect.

An exploitation mechanism impairing rather than advancing access to justice

TPF proponents argue that it provides a number of benefits across a range of dispute settlement platforms, including promoting access to justice and filtering out unmeritorious cases. Whatever the merits of TPF in civil and commercial litigation, in the investment arbitration context the traditional justifications for TPF are upended and the risks of TPF magnified. The legal context of ISDS (asymmetric treaties) and its political economy (awards are paid by states out of public funds, and cases are settled or lost by states in two-thirds of the disputes) raise important concerns about TPF unique to the investment arbitration context.

TPF within a system as unbalanced as the investment law regime is, to put it bluntly, an exploitation. Exploitation has been defined as a form of “unfair advantage-taking.”[3] TPF is explicitly designed to take advantage of the asymmetric structure of the investment regime today for the benefit of speculative finance. The funding model is predicated on a system in which states have no substantive rights under the treaties, claimants have a direct voice in the selection of arbitrators and there is no right of appeal.[4] Moreover, the global investment climate makes ignoring an arbitral award a risky course of conduct for any respondent state concerned with its investment rating.

TPF gives a small class of investors even more resources to pursue unbalanced claims against constrained states. These claims come at a significant cost to target countries and their citizens, since these claims will ultimately be paid by a large underrepresented class of stakeholders: the public, who as taxpayers are the “residual risk-bearers” in the current system. Developing country respondents are particularly vulnerable. Research suggests the vast majority (88 per cent) of all claimant investors are from high-income countries, and developing countries win only half as often as developed countries.[5] TPF funders have admitted that these factors enter into their preliminary evaluation of a potential claim or “investment.”[6]

TPF thus effects a wealth transfer to TPF funders and their investors from the citizens of respondent states through the operation of the BIT/ISDS regime. Such transfers are not what the investment regime was designed to achieve. On the contrary, such transfers seem the opposite in spirit to the basic investment principle of no expropriation without compensation. Moreover, these wealth transfers would seem to reverse a widely accepted norm of fairness, amounting to an uncompensated taking from the less-favoured many for the benefit of the privileged few.

TPF proponents in ISDS have sought justification in traditional TPF rationales, arguing that funding of investment claims provides access to justice for investors who wish to seek redress but lack sufficient financial resources. This is a view favoured by funders, as it frames their role as a vital one that facilitates and contributes to global economic justice. However, in the ISDS context, this rationale is fundamentally flawed—the role of TPF in ISDS cannot be equated with providing financing for disadvantaged claimants.[7]

Traditionally, access to justice has meant capacity building for social justice, that is, the provision of financing or other support for parties who lack the human and financial resources to litigate. In contrast, TPF in ISDS is primarily about balance-sheet management, offering typically well-resourced claimants the ability to minimize the risk associated with bringing a claim, and does not focus on providing funding to impecunious or disadvantaged claimants.[8]

In the words of a leading TPF funder, “much of the focus of the litigation finance market today is on the growing corporate utilization of funding by large, well-resourced entities, who are looking for ways to manage risk, reduce legal budgets or take the cost of pursuing arbitration off-balance sheet, or other business reasons for not wanting to allocate resources to financing an arbitration matter.”[9]

In fact, when one considers access to justice in its broadest social context, TPF actually impairs access to justice for developing country respondent states and their citizens. TPF funding exacerbates the inherent imbalance in the BIT regime, disproportionately affecting already disadvantaged states’ ability to control regulatory change within their borders and deliver important social welfare benefits. Instead, TPF further shifts power and resources towards private investors, which can in turn have a negative impact on the political affairs and social welfare of developing countries. Public health, public safety and environmental protection measures have all been challenged under the BIT/ISDS regime. Developing country states can further ill afford the burden to public finances that even non-public welfare arbitration claims will create when paid out of the public fisc.[10]

The way forward on TPF in ISDS: Policy options

For all of these reasons, TPF as it is currently designed cannot play a constructive role in investment arbitration until TPF is regulated and the BIT/ISDS regime is significantly reformed. Allowing speculative finance a stake in the outcome and a voice in the determination of which cases to bring, which arbitrators to choose and which cases to settle amounts to nothing less than a deliberate exploitation of the flaws in the BIT regime for the benefit of speculators and at the cost of respondent states, their taxpayers and citizens.

States should consider banning TPF entirely, at least until the international investment regime can be reformed toward more balanced agreements. States currently not allowing TPF in their domestic legal systems should maintain this ban, at least for TPF in investment arbitration. States should also take steps to ban TPF in their BITs and the investment chapters of regional free trade agreements (FTAs). Finally, states should seek collective action opportunities to exercise leadership multilaterally, and should work to support a TPF ban in the arbitral rules of the International Centre for Settlement of Investment Disputes (ICSID) and the United Nations Commission on International Trade Law (UNCITRAL), among others. By acting in concert, states can minimize any real or perceived risks of alienating foreign investment or investment arbitration business through unilateral bans.

If TPF is to be allowed in ISDS, the regime should require mandatory, expansive disclosure of TPF agreements, coupled with mandatory security for costs.[11] While there is growing consensus that the existence and identity of a TPF funder should be disclosed, such disclosure should go further and include the terms of funding agreements. Such disclosure aligns well with general institutional trends toward increased transparency and highlights funding agreement provisions that create perverse incentives. Such expansive disclosure will also provide the much-needed data for future research into the benefits and harms involved in TPF and enable more effective regulation going forward. Mandatory security for costs can help disincentivize TPF funders from pursuing weak cases merely for their settlement value.

Although there is currently no across-the-board requirement to disclose the presence or identity of TPF funders, some promising steps have been taken. The International Council for Commercial Arbitration (ICCA)/Queen Mary Report on Third-Party Funding, while timid in its assessment and in terms of recommendations, does call for limited disclosure.[12] On the regulatory front, Article 8.26 of the Canada–European Union Comprehensive Economic and Trade Agreement (CETA) includes mandatory disclosure of the presence and identity of TPF funders, while Article 23(1) of the Singapore Investment Arbitration Commission (SIAC) rules gives the tribunal the discretionary authority to order disclosure of the details of the agreement as well. States should build on these beginnings, while recognizing that the benefits of disclosure come at the cost of accepting in the meantime a rapidly growing TPF presence in ISDS and foregoing the broad systemic benefits of a TPF ban.

It is critically important that states, their negotiators, academics and civil society take a careful, public, transparent and sustained look at the risks that TPF poses to the public and to the investment regime itself. Rather than be positioned as a fait accompli, TPF should be properly regulated, if not eliminated outright. Otherwise, we risk looking back at this period as we do at the prelude to the global financial crisis, as a story of opportunities missed.

Frank J. Garcia is Professor and Dean’s Global Fund Scholar, Boston College Law School. The author would like to thank Kirrin Hough for her excellent assistance in the preparation of this research note. The author is the principal investigator in a Boston College-based research collaborative on TPF and gratefully acknowledges the essential contributions made by Tara Santosuosso and Randall Scarlett, and Rachel Denae Thrasher of Boston University’s Pardee School, toward the development of these arguments. The author also wishes to thank Lise Johnson and Brooke S. Güven of the Columbia Center on Sustainable Investment (CCSI) for their role in this project and their groundbreaking work in investment law reform.