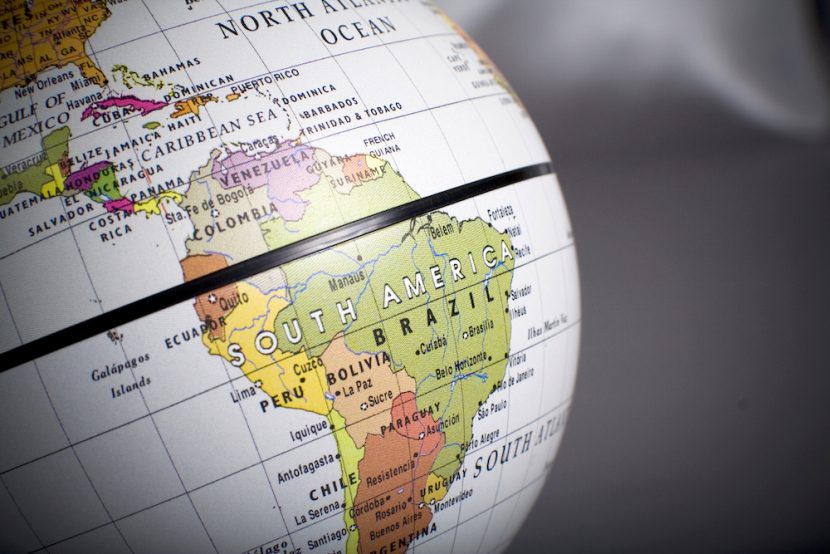 During the last years, the number of cases submitted to international arbitration under investment treaties that include investor–state dispute settlement (ISDS) clauses has largely increased. According to the United Nations Conference on Trade and Development (UNCTAD),[1] an average of 54 ISDS claims has been registered annually from 2010 to 2015. In most (if not all) of these claims, investors are encouraged by the alleged loss of economic benefits as a result of public policies adopted by the host state in a legitimate and sovereign manner.

The international investment and arbitration system positions states and investors on the same level. Many arbitral tribunals, mainly under the auspices of the International Centre for Settlement of Investment Disputes (ICSID), end up favouring investors, ordering states to pay millions of dollars for the alleged violation of bilateral investment treaty (BIT) obligations. This problem was mostly revealed at the end of the 1990s, after a massive adoption of free trade economic policies by almost all Southern countries to attract foreign direct investment (FDI) through BITs.

Many cases are being added to the large list of claims filed before ICSID, with a strong presence of Latin American countries, such as Argentina (59 known claims), Venezuela (36), Ecuador (22), and Bolivia (13).[1] Among the most notable cases, Bechtel Company filed a claim against the Bolivian State for US$50 million as a result of the so-called “War for Water.” Public pressure led the company to withdraw the case from ICSID.[2] In 2006 and 2009, Chevron-Texaco sued Ecuador before a tribunal under the auspices of the Permanent Court of Arbitration at The Hague asking for US$1.6 billion for an alleged breach of contract. In 2006, Occidental sued Ecuador for US$1.77 billon, resulting in one of the most onerous awards issued in the history of international arbitration at that time. Moreover, the most onerous arbitration faced by Venezuela involves a sum of US$31 billion in compensation to ConocoPhillips. Against Uruguay, Philip Morris filed a claim challenging the adoption of public health regulations for the public good.

In other parts of the developing world, in the Foresti v. South Africa case of 2009, South Africa was ordered to pay over €5 million in legal costs. This country has already cancelled the BITs with its main partners—Belgium, Germany, Luxembourg, the Netherlands, Spain, and Switzerland. Moreover, at the beginning of 2016, the South African President signed the Promotion and Protection of Investment Act, which replaces existing treaties and states that investment protection claims must be submitted to domestic courts. Indonesia, on its part, decided to cancel its 67 BITs at the beginning of 2014, after facing a claim by the multinational Churchill Mining for US$1.315 billion, without interest. This measure does not mean that Indonesia can leave the investment treaty regime, as it is bound by the Investment Agreement of the Economic Community of the Association of South East Asian Nations (ASEAN) and the ASEAN–Australia–New Zealand Free Trade Agreement (FTA). Similarly, although countries such as Bolivia, Ecuador, Indonesia, and Venezuela have denounced the ICSID Convention, they are not free from being sued because of survival clauses contained in the existing BITs. Moreover, there are BITs that allow filing claims under other international jurisdictions.

In response to this conflict that affects states’ sovereign capacity to respond to claims filed by transnational companies, this article describes the efforts for the creation of an advisory centre to deal with ISDS. Specifically, it focuses on the intergovernmental initiative to establish the Southern Observatory on Transnational Investment. Among the objectives of the Observatory are providing a source of information and generating debate, discussion, reflection and exchange of knowledge and experiences on investment and international investment arbitration, in order to promote clear and transparent rules. It is also devoted to creating equal conditions between investors and states so as to promote sustainable investment that respects state sovereignty.

1. Background on initiatives for the creation of advisory centres and exchange of knowledge in the area of investment and investment disputes

Taking into account the increasing number of ISDS claims and the high costs of arbitration, it is necessary to create a space for multilateral–regional cooperation and advice for the defence of the interests of states in the settlement of investment disputes.

Among these initiatives, in 2009, UNCTAD jointly with the Inter-American Development Bank (IDB) and the Organization of American States (OAS) gave their support to Latin American countries for launching a project to create an intergovernmental advisory centre for developing countries. The initiative reached such a maturity stage that it was agreed that the forum would be established first in Washington and then in the City of Panama. However, this was never achieved, despite of the signature of an international agreement one year later. At the Union of South American Nations (UNASUR), the initial debates addressed the creation of a centre for facilitation and settlement of investment disputes, including an advisory centre for the defence of the interests of states, but finally the content of the agreement was defined as a forum for the resolution of investor–state disputes. At the Pacific Basin level, since 2008, the need for a high-quality independent advisory centre was emphasized, as well as the monitoring of multilateral negotiations. At the 2012 forum of the ASEAN–Australia–New Zealand FTA, the creation of a centre was proposed, following the guidelines of UNCTAD’s project for Latin American countries between 2008 and 2010. This proposal was motivated by the limited resources and technical capacity of the states when they are involved in disputes with foreign investors. None of these initiatives were concluded because of a lack of political consensus.[3]

The concerns that give rise to the constitution of centres of this kind relate to the onerous costs of legal representation and counsel, as well as to the highly-qualified technical and human resources needed for the defence of the states. However, another important motivation is the tendency of states to rely on private law firms and consultants in all stages of the arbitration process. This dependence makes them lose control of their sovereign defence strategies and of the institutional memory in face of the dimension and implications of this type of litigation that necessarily demand policies to be adopted by the state.

Responding to such concerns by providing these services to all developing countries from a South–South cooperative approach is not merely an option but an imperative need, which requires political will of state authorities. Building capacity based on the exchange of information and experience, and developing a broad platform for technical cooperation among Southern countries in the area of investment must be part of the immediate agenda.

The experiences of Bolivia with Bechtel, of Ecuador with Chevron and Occidental, of Venezuela with ConocoPhillips, of Uruguay with Phillip Morris, among others, reaffirm the need for an intergovernmental institution to provide professional advice on future claims and guide states in current disputes. Likewise, this will reduce legal and representation costs as well as arbitration costs for the states; it will promote easier and more transparent arbitration proceedings, reaffirm state sovereignty, and strengthen states’ political positions. With the advice of the Observatory, states will have adequate tools to avoid high arbitration costs as well as the necessary elements to face potential penalties and awards.

The initiative for the creation of a Southern Observatory on Transnational Investment was conceived in the framework of the 1st Ministerial Conference of the Latin American States Affected by Transnational Interests, in April 22, 2013, in Guayaquil, Ecuador. The event was attended by representatives of the Bolivarian Alliance for the Peoples of Our Americas – People’s Trade Treaty (ALBA-TCP), (Bolivia, Cuba, Ecuador, Nicaragua, Saint Vincent and the Grenadines, and Venezuela), as well as the Dominican Republic. There were also countries invited to the meeting such as Argentina, El Salvador, Guatemala, Honduras, and Mexico. The represented states declared the constitution of the Observatory as a space of convergence for the adoption of more effective measures to respond to conflicts raised by the current rules of the international investment and arbitration system. The objective of the Observatory is to become a forum for the objective settlement of investment disputes with transnational corporations, making sure that the rights recognized in the constitutions of the states prevail over the obligations contained in the treaties, and that the environmental, labour and human rights aspects are duly respected.[4]

The 2nd Ministerial Conference was held in September 10, 2015, in Caracas, Venezuela, to define the objectives and activities that are to be developed by the Observatory, such as research, advice and capacity building of member states and other countries of the South that are willing to adhere to the Observatory. This 2nd Conference was also attended by Uruguay and other countries from Asia and Africa, with a total of 22 countries. The Executive Committee of the Ministerial Conference, composed of representatives of each member state, gives life to the institution[4] as an intergovernmental forum for the discussion of policies of the current investment system and international arbitration regime.

It is worth noting that the Executive Committee, composed of member state representatives—Bolivia, Cuba, the Dominican Republic, Nicaragua, Venezuela, and Saint Vincent and the Grenadines, under the coordination of Ecuador—has advanced specific proposals over the last two years. These proposals must be approved by the authorities so that the Observatory may start to function after the 3rd Ministerial Conference, to be held soon.

The creation of a forum of regional scope at this moment is critical as many developing and developed countries have been sued and obligated to reallocate their annual domestic budgets to pay enormous sums of compensation to transnational corporations. In the case of Ecuador, for example, if pending awards are decided in favour of transnationals, the state would have to pay about US$3.8 billion, which would surely affect social investment. Ecuador would have to give up building 560 schools, or financing about 585,000 homes of 40,80m2 in the rural area.

The proposal of Latin American countries to create this Observatory, as an intergovernmental institution, will enable the monitoring of the so-called “arbitration industry,” and will bring support to states with information on alternative mechanisms to attract and ensure sustainable investments, for the mutual benefit of corporations and states.

[4] Declaration of the 1st Ministerial Meeting of the Latin American States Affected by Transnational Interests, April 22, 2013. Retrieved from http://www.cancilleria.gob.ec/wp-content/uploads/2013/04/22abr_declaracion_transnacionales_esp.pdf.