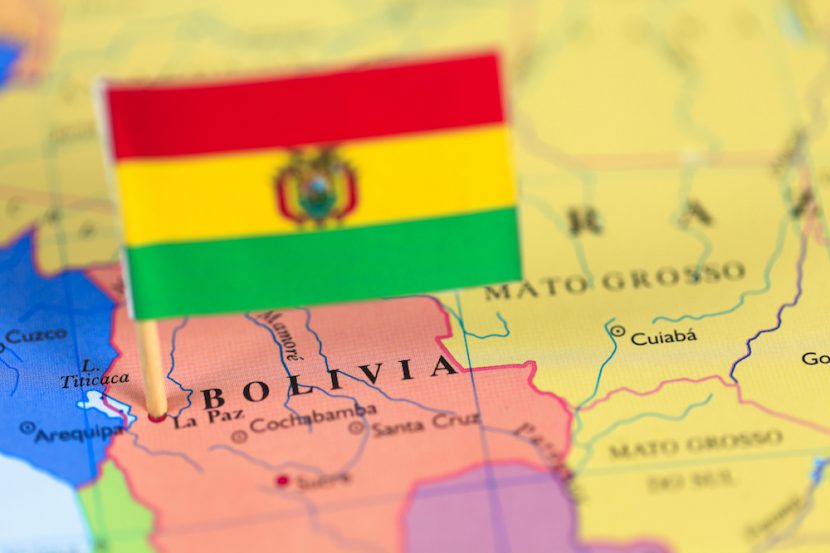 In the early 1990s, the Bolivian State underwent a neoliberal period. Such period was marked by (i) the setting up of a constitutional and legal structure aimed at protecting foreign investment, which affected Bolivia’s regulatory framework and control authority, and (ii) a process of drastic reduction of state property, through the privatization of natural resources and the transfer of strategic state enterprises to transnational corporations.

In this context, Bolivia signed its first bilateral investment treaty (BIT), with Germany, on March 23, 1987, followed by other BITs with several countries up to 2004. The Bolivian State signed 22 BITs,[1] of which 21 were ratified. In 1990, Bolivia enacted the so-called Investment Law[2] and in the following year the country adhered to the Convention on the Recognition and Enforcement of Foreign Arbitral Awards[3] (still in force). Afterwards, in 1994, the country ratified the Convention on the Settlement of Investment Disputes between States and Nationals of Other States (the ICSID Convention).[4]

2. The “process of change”: Nationalization of natural resources, the new Constitution and its Article 320

On January 22, 2006 started the first constitutional mandate of President Evo Morales and, in turn, the so-called “process of change” in Bolivia. The government of President Morales brought about a series of transformations in the area of investment, domestic as well as foreign. The key milestones of such transformation were: (i) the process of nationalization of hydrocarbons;[5] and (ii) the Constituent Assembly, which gave origin to the current Political Constitution of the State (in Spanish, CPE).

In relation to the process of nationalization, it is worth noting that, after 10 years, the Bolivian State has reached amicably settled investment disputes, with only one award decided against the country, which was complied with in a period of four months. In this sense, Bolivia became the country with the largest number of nationalizations during the last years and which has faced the lowest number of disputes in this respect.[6]

As to the Bolivian constituent process, a high representativeness of social sectors has allowed for a new national vision, particularly regarding the state’s role in economic affairs and, thus, sectorial policies regarding natural resources, and the treatment to foreign investments. In this framework, Article 320 was inserted in the CPE, which introduced new grounds for the treatment of foreign investment and its relationship with domestic investment.

II. Every foreign investment shall be subject to Bolivian jurisdiction, laws and authorities, and no one may invoke an exceptional situation or appeal to diplomatic claims to obtain a more favourable treatment.

IV. The state acts independently in all of its decisions on internal economic policy, and shall not accept demands or conditions imposed on this policy by states, Bolivian or foreign banks or financial institutions, multilateral entities or transnational enterprises.

V. The public policies shall promote internal consumption of products made in Bolivia.

This article has been subject to much debate because of its atypical drafting, in a current context in which a false image persists that foreign investment by itself encourages states’ economic growth and allows for the development of host states.

Bolivia’s experience has shown that attracting foreign investment does not by itself generate the expected development for host states and that, rather, it consists in a mechanism for financing and transferring resources from the South to the North. By contrast, in the case of Bolivia, the state’s engagement as the promoter of an inclusive plural economy (involving the state, the private sector, cooperatives and forms of community production) and the growth of domestic demand, supported by policies for attracting foreign and for public investment, have boosted Bolivia’s economic growth,[7] a fact that has been recognized by diverse international bodies and forums.[8]

Article 320 of the CPE brings back an important principle of Latin American countries, largely neglected under the hegemony of BITs: treatment of foreign capital cannot discriminate against domestic investors.[9] Equality between domestic and foreign investment in Bolivia materializes in the fact that both are subject to Bolivian jurisdiction, laws and authorities, with no possibility of invoking an exceptional situation. From Article 320 also results the current legal framework for investment, particularly the current Investment Promotion Law (in Spanish, LPI)[10] and the new Conciliation and Arbitration Law (in Spanish, LCyA).[11]

Law No. 708, of June 25, 2015, the so-called LCyA, was drafted by the Office of the Attorney-General and the Bolivian Ministry of Justice. It resulted from a broad consensus among state institutions, public enterprises and the private sector. The law was enacted (i) to preserve the public interest and the free will of the parties, (ii) to provide legal security (predictability) to both the state and the investor (iii) in a framework of equality and equity for both.

The LCyA contains several legal concepts that were absent in the previous Arbitration and Conciliation Law No. 1770, such as:

Pursuant to the LCyA, all investment disputes involving the Bolivian State shall be governed by a special regime, whether for conciliation or for arbitration. Such disputes, to be subjected to this special regime, shall meet at least three conditions: (i) the dispute must arise from a contractual or extra-contractual relationship that has not been excluded from the scope of application of the LCyA; (ii) the state must be a party to the dispute; and (iii) the dispute must involve an investment, as defined in the LPI.

The characteristics of investment conciliation and arbitration pursuant to the LCyA are the following:

In the special case of arbitration involving foreign investment, the characteristics are the following:

While the first steps to promote times of change in foreign investment protection have been taken by several countries, including Bolivia, these steps result from much debate that, not too long ago, seemed to be following lost paths, and which, at a time, faced the threat of an alleged disinvestment. However, the constant stumbling of the international system of investment protection, which still has not found an appropriate response to the need of legal security and certainty, much needed for the preservation of private interests as well as the public interest, requires much more attention on the part of states, especially those over which will fall the burden of their own unreasonable decisions.

Pablo Menacho Diederich is an attorney and holds a Master’s Degree in on International Relations and Diplomacy. He was Director-General of the Department of Legal Affairs of the Ministry of Foreign Affairs of Bolivia, Minister of State Legal Defense and Advisor to the Embassy of Bolivia in the Unites States of America. Currently, he is Deputy Attorney-General of Legal Defense and Representation of the State. The views expressed in this article are those of the author and do not necessarily reflect the views of the Office of the Attorney-General, the Ministry of Foreign Affairs or any other Bolivian institution or entity.

[4] Bolivia, exercising its sovereignty, denounced the Convention by issuing a notification which was received by the World Bank on May 2, 2007. By operation of Article 71, Bolivia was no longer a Contracting State to the Convention by November 3, 2007.

[19] Such as: National Treatment, Most Favoured Nation, Fair and Equitable Treatment, Non Discrimination, Free Transfer, Prohibition of Performance Requirements, Dispute Settlement, among others.