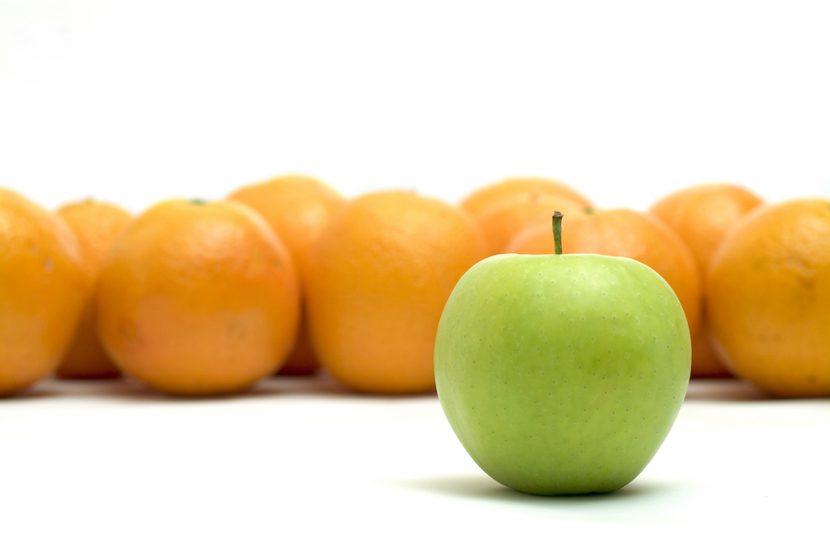 The international investment agreement (IIA) regime is experiencing an unprecedented surge in public attention. Prime examples are the debates surrounding the conclusion of the Canada–European Union Comprehensive Trade and Investment Agreement (CETA) and the ongoing negotiations of the Transatlantic Trade and Investment Partnership Agreement between the United States and the European Union (TTIP). In Germany, for example, both agreements have attracted an amount of public attention that is unique in the history of investment treaty making. Bringing the topic of treaty-based foreign investment protection to a broader audience is laudable, as long as it is accompanied by informed discussions on the merits and limitations of IIAs.

One of civil society’s key concerns is that IIAs unduly restrict the host states’ right to regulate in the public interest. The problem is not new, but results from the growing complexity of investment disputes. While the initial focus of IIAs was the protection against unlawful expropriations, foreign investors nowadays use IIAs to challenge a broad range of host states’ regulatory policies, including in the spheres of environment or public health. Arbitrators increasingly decide not only on the legal dimension of a dispute, but also on the broader policy rationales of state measures. This gives rise to questions regarding both the expertise and the mandate of arbitrators to assess public policies. Aggravating the problem, some tribunals have considered public interest justifications put forward by host states, while others adopt a purely economic point of view.

Considered jointly, these developments have led to deep state dissatisfaction with the current IIA regime. While some states decided to turn their backs on the regime to some degree, others are exploring instruments to ensure that investment protection in future IIAs does not restrict regulatory flexibility. Among these instruments are express provisions on the host state’s right to regulate, interpretive statements, investment obligations with narrower scope of application to prevent overly broad interpretations, preambular language underscoring the importance of public policy concerns, and general exception clauses.[1]

General exception clauses are intended to relieve host states from treaty liability for good faith measures taken to pursue public welfare objectives. There are two different models of general exceptions in IIAs—one that follows the approach of Article XX of the General Agreement on Tariffs and Trade (GATT)[2] and another that is modelled on Article XIV of the General Agreement on Trade in Services (GATS).[3] On occasion, IIAs also make reference to both provisions, contain a custom-tailored combination of the two, or feature a unique exception provision. The clauses usually share three elements:

The rationales and risks of general exception clauses in IIAs

The rationales for including general exception clauses in IIAs are twofold. On the one hand, the clauses are meant to enhance regulatory flexibility, by allowing host states to regulate foreign investment without incurring international liability for their actions. While the degree of flexibility would depend on how investment tribunals interpret the clause, to date, there are no publicly known investment arbitrations involving general exceptions. What is often neglected in the discussions, however, is that treaty drafting can also influence the degree of flexibility. For example, the more comprehensive the list of permissible objectives is, the more regulatory flexibility the clause will grant to a host state. Similarly, more lenient nexus requirements such as “relating to” or “designed and applied for” offer more leeway to host states than the more frequently used and much stricter “necessity” threshold.

On the other hand, general exceptions are intended to increase legal certainty in investment adjudication. By offering express points of reference to which public interest considerations may be attached, they help host states ensure that tribunals consider the public interest rationales of a challenged measure. Conversely, they enable foreign investors to price in the risk of adverse state action in the covered policy areas when calculating investment costs prior to making the investment.

Even so, many commentators remain critical of including general exceptions in IIAs. While some are concerned about the risk of abusive invocations, the majority apprehends that general exceptions will not provide more regulatory flexibility than already exists in current jurisprudence,[4] or that their exhaustive lists of permissible objectives and allegedly overly rigid prerequisites may even limit existing flexibility.[5] To my mind, these risks are overstated.

The risk of abuses is merely theoretical. Demonstrating that the prerequisites of the clause are fulfilled in good faith has proven to be a high threshold in World Trade Organization (WTO) jurisprudence, and it is unlikely that it will vary significantly in investment arbitrations.

As regards flexibility, first, it cannot be said that investment tribunals currently take the public interest into account systematically: while some are willing to consider public interest justifications, others reject them outright. Second, not all investment provisions are equally susceptible to reading public interest considerations into them. On occasion, tribunals have taken into account the public interest under some treaty provisions, but have found themselves unable to do so under other provisions, therefore holding the state liable. In contrast, general exceptions usually apply to all obligations equally. Finally, critics seem to assume that tribunals will interpret general exceptions as exhaustive stipulations of the public interest under the IIA, adopting a purely economic lens in their inquiry into the violation of other treaty provisions. However, nothing in a general exception clause prohibits tribunals from going beyond the flexibility granted by the explicit exceptions, which do not have to be approached as exhaustive stipulations, but should rather be viewed as complementary backstops.

It is also noteworthy that the proponents of general exceptions in IIAs are geographically and economically diverse. They include both capital-importing countries, such as Colombia, Honduras, Panama, Thailand, and Viet Nam, and capital-exporting countries, such as Australia, Canada, New Zealand, Japan, and South Korea. Geographically, there is a preponderance of countries from the Asia–Pacific region and South America. However, general exception clauses also appear in the treaty programs of countries such as Canada, Mauritius, and Turkey, as well as in multilateral agreements like the Investment Agreement for the Common Market for Eastern and Southern Africa (COMESA), making them a truly global phenomenon.

General Exception Clauses in the CETA

One of the IIAs that have given rise to the current debate is the CETA. What is usually neglected in the discussions is that CETA employs several instruments to address the proper balancing between investment protection and non-economic interests; among these are general exceptions. To date, Canada is the only country of the Organisation for Economic Co-operation and Development (OECD) to habitually incorporate GATT Article XX–like general exception provisions into its IIA program. Despite this considerable experience, Canada did not succeed in pushing for a similarly broad general exception clause in the CETA negotiations with the European Union. The CETA entails two general exception provisions applicable to investment obligations. One of them incorporates GATT Article XX, while the other is modelled on GATS Article XIV. Both are found in Chapter 32, Article X.02 (1) and (2) of the CETA.[10]

Unlike the provision in Canada’s 2012 model Foreign Investment Promotion and Protection Agreement (FIPA), the exceptions are only applicable to certain sections of the investment chapter. More specifically, host states can only avail themselves of the exceptions in defending a breach of Sections 2 (“Establishment of Investments”) and 3 (“Non-Discriminatory Treatment”). This means that the violation of other provisions such as the prohibition of unlawful expropriation or the fair and equitable treatment (FET) standard (both found in Section 4) cannot be remedied by recourse to the exceptions. Since the latter are the two provisions that investors most frequently—and most successfully—rely on, the limited applicability of the general exceptions under CETA severely thwarts the flexibility-enhancing potential of the provision. Instead, the drafters of the CETA opted for interpretive statements, delimiting the scopes of application of the expropriation and FET provisions. One reason for this decision may have been the uncertainty as to whether and how general exceptions apply to violations of the two standards.[11] On the other hand, the exceptions apply to the non-discrimination provisions of national treatment and most-favoured-nation (MFN) treatment, despite similar uncertainties that exist as to the application of general exceptions to provisions that themselves prohibit arbitrary or discriminatory treatment. Moreover, Canada habitually implements both instruments in its FIPA program[12] where either may serve as a backstop if a state measure does not satisfy the prerequisites of the general exceptions. It is therefore unfortunate that the scope of application of the general exception clause is limited in the CETA.

However, the CETA includes interpretive clarifications in its general exceptions aimed at ensuring that tribunals take the public interest into consideration. Instead of merely “copying and pasting” the WTO provisions, the drafters added language to guide the interpretation of the general exceptions as including environmental measures necessary to protect human, animal or plant life or health, and as applying to the conservation of both living and non-living natural resources. These modifications originate in WTO Appellate Body reports, among them European Communities — Asbestos[13] and United States — Shrimp,[14] and exemplify how treaty drafters can not only custom tailor the WTO exceptions to their regulatory needs in the investment realm, but also codify and thereby endorse WTO jurisprudence in the IIA drafting process.

The public debate on the merits and limitations of the IIA regime is in full swing. In the absence of official drafts, it is yet too early to speculate whether the TTIP, as the second landmark IIA whose negotiations fuel the public debate, will include general exceptions applicable to investment. Considering that neither the United States nor the European Union have a reputation as particular proponents of general exceptions in IIAs, their inclusion appears unlikely. Even so, state practice suggests that general exceptions will become increasingly common in future IIAs. In my view, a host state’s defence profile can potentially benefit greatly from the possibility of invoking such a provision in arbitrations involving the public interest. Alongside other promising instruments treaty drafters have at their disposal, general exceptions can be useful to help safeguard the host states’ policy space.

Levent Sabanogullari is a Ph.D. candidate at Heidelberg University and a law clerk at Higher Regional Court of Karlsruhe in Germany. He previously obtained an LL.M. degree in International Legal Studies at New York University.

[12]     See, for example, Article XVII and Annex B of the bilateral investment treaty (BIT) between Canada and Romania that entered into force on November 23, 2011, available at http://investmentpolicyhub.unctad.org/Download/TreatyFile/631.