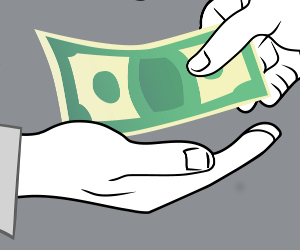 Bilateral investment treaties are famously asymmetric. They grant investors rights but not obligations, while imposing upon states obligations unaccompanied by rights. Recent cases suggest, however, that BIT tribunals are poised to recognize a defense to state liability that, in effect, imposes upon investors the obligation to avoid involvement in public corruption in the course of making a treaty-protected investment. Despite these suggestive jurisprudential trends, however, the specific contours of the emerging corruption defense are uncertain, and in a recent article I suggest model investment treaty text for states that wish to secure reliable access to it.[1]

The outcome of the well-known Siemens, A.G. affair illustrates the potential benefits of a corruption defense to host states.[2] The German multinational had won a US$200 million ICSID award against Argentina for Argentina’s unlawful expropriation of a Siemens contract with the state, in violation of the Argentina-Germany BIT. Argentina initiated a long-shot annulment petition. While the petition was pending, it came to light that Siemens executives had systematically encouraged the bribing of public officials worldwide on a massive scale, including in Argentina. Siemens soon found itself engulfed in a series of embarrassing bribery investigations, and eventually admitted its guilt in settlement agreements with U.S. and German anti-corruption authorities. In response to these revelations, Argentina took the procedurally rare move of asking ICSID to “revise” the underlying award. The request to open revision proceedings encouraged Siemens to settle—but for a heavy price. The company abandoned its award in exchange for Argentina’s consent to discontinue the annulment and revision proceedings. The relevance (or irrelevance) of Siemens’ corruption was never authoritatively settled.

What would have happened had Argentina raised (and proved) the corruption during the original proceedings? We can get some rough sense of what might have been by turning to arbitral jurisprudence addressing the relevance of public corruption to private contract disputes. In the private context, corruption most typically arises where a tribunal is asked to enforce a contract between a foreign investor and a local intermediary who has been engaged to facilitate the investor’s bids or applications for state business, ostensibly as a “consultant.”

The seminal decision is a 1963 ad hoc award by Judge Lagergren, the distinguished Swedish lawyer and judge. The claimant, a politically well-connected Argentine, was demanding payment from a foreign investor in the Argentine power sector on a commission contract under which the claimant was allegedly guaranteed a large percentage of the value of any state contracts eventually awarded to the investor. The parties freely admitted that the purpose of the contract was to bribe Argentine officials.

Neither party challenged Lagergren’s authority to decide the merits of the dispute. Yet Lagergren took it upon himself to examine his jurisdiction on his own motion, on the ground that the contract was “condemned by public decency and morality.” He found that relevant domestic law condemned obligations that were against “good morals,” and asserted that it could not “be contested that there exists a general principle of law recognised by civilised nations that contracts which seriously violate bonos mores or international public policy are invalid or at least unenforceable and that they cannot be sanctioned by courts or arbitrators.” Furthermore, “[s]uch corruption is an international evil; it is contrary to good morals and to an international public policy common to the community of nations.” Whether from the perspective of “good government or that of commercial ethics,” it was “impossible” for Judge Lagergren to “close [his] eyes . . . to the destructive effect[s]” of such corruption on “industrial progress.” That meant that he was obligated to decline jurisdiction. As he explained, “[p]arties who ally themselves in an enterprise” involving “gross violations of good morals and international public policy … must realise that they have forfeited any right to ask for assistance of the machinery of justice…in settling their disputes.”

Judge Lagergren’s award has elicited some criticism over the years, primarily concerning his alleged misapplication of the principle of the separability of arbitration clauses. Commentators suggest that he erred in appearing to dispose of the case on jurisdictional grounds, as separability means that a defect in the underlying contract should not be held to nullify an arbitration clause contained therein. That doctrinal controversy aside, numerous private awards now reflect Lagergren’s core position that tribunals should not involve themselves in settling disputes over the performance of obligations involving contracts the object of which is public corruption.[3]

That line of arbitral jurisprudence has recently entered into the stream of contract-based ICSID awards. In World Duty Free Co. Ltd. v. Republic of Kenya,[4] Kenya was alleged to have unlawfully expropriated the claimant’s investment. There was no relevant BIT, and the investment contract selected Kenyan and English law. In the course of proceedings, the investor described in detail how he had obtained the contract by bribing Kenya’s then-President. Kenya seized upon the admission to argue that the case should be dismissed. The tribunal cited Lagergren’s award as well as other sources to affirm that bribery clearly violated “international public policy” as well as Kenyan and English law. The implication for the investor was that it was “not legally entitled to maintain any of its pleaded claims . . . on the ground of ex turpi non oritur action,” as all of the pleaded claims “sound[ed] or depend[ed] upon” the tainted concession agreement.

World Duty Free illustrates the remarkable extent to which anti-corruption ideals have become embedded within the normative regime of international legal practice. While Lagergren had boldly asserted an international public policy against enforcing contracts for corruption many years before, the case for any such public policy actually existing was, at the time, incredibly thin.  Today, thanks to a long line of subsequent private arbitral jurisprudence, to the treatification of anti-corruption principles (e.g. the OECD Anti-Bribery Convention) and to the global diffusion of U.S.-style domestic laws criminalizing foreign corrupt practices, it hardly seems controversial at all to assert that international public policy now indeed condemns corruption, even to the point of allowing a host state—Kenya—to escape liability for expropriating a contract not for corruption itself, but obtained through corruption.

What this international public policy means for investor claims arising under BITs is somewhat less clear. After all, in a BIT claim, the investor is seeking to realize his rights under an international treaty, itself hardly the product of corruption. The corrupt act complained of in Siemens is legally distant, in some sense, from the rights that Siemens was trying to enforce. Virtually no BITs specifically mention corruption, so one issue is how to import anti-corruption principles into the BIT regime. One obvious pathway is the notion of international public policy already mentioned, which BIT arbitrators may have an obligation to support by virtue of the international nature of the disputes they resolve, and of the arbitral institutions under which they serve. Another is the trend toward imputing into BITs an obligation for the investor to act in “good faith” toward the host state, as articulated in the recent award in Plama Consortium Ltd. v. Republic of Bulgaria.[5] Or, perhaps even more promising, anti-corruption principles can be imported through the provisions contained in some BITs that limit the treaty’s  protections to investments made “in accordance” with domestic laws.[6] Since virtually all domestic legal systems declare public corruption illegal, any corruptly acquired investment would seem necessarily to have been made other than “in accordance” with domestic law. And yet, important and unsettled questions remain about the appropriate application of “in accordance” provisions, such as whether an investment’s illegality should be treated as a matter of “admissibility” or “jurisdiction.” Perhaps more importantly, many BITs don’t include “in accordance” provisions, and in those cases the impact of domestic illegality (just like the impact of violations of international public policy) on the investor’s access to BIT protections is even more uncertain.

Of particular concern to those who would like to see the BIT regime severely sanction corrupt investor behavior is the possibility that BIT tribunals will treat investor corruption not as a jurisdictional or preliminary issue (or an issue going to the scope of the state’s consent to arbitration), but rather as an issue that should be “balanced” at the merits stage.[7] Under such an approach, the investor’s blame for corrupting a state official would be balanced against the state’s own involvement in the scheme, perhaps allowing the investor some measure of recovery despite the corrupt origins of his investment.

I’ve argued elsewhere that states should include an article in their BITs clarifying many of these questions. Specifically, I suggested an approach that would require BIT tribunals to treat allegations of corruption as a preliminary issue; if proven, the investor would lose access to the BIT’s dispute-settlement procedures, leaving no opportunity for “balancing” at the merits stage. In a sense, this approach lets state actors get away with accepting bribes, and it has been criticized as unfair and unwise.[8]

But the alternative—allowing tribunals to weigh and balance state and investor fault in a corrupt transaction—places BIT tribunals in a dangerous position. Domestic political regimes, especially after political transitions, may depend for their domestic political support in part on their efforts to “clean house,” that is, to expose and remedy the malfeasance of the prior regime. Those efforts should be supported to the extent that they may help to start a virtuous circle of self-reinforcing anti-bribery norms within the political system. For an ICSID tribunal to hold that a prior regime’s involvement in corruption means that a corruptly-obtained concession can still benefit from BIT protections risks interfering with those efforts to move to a political equilibrium characterized by less frequent corruption. It may also exacerbate public dissatisfaction with the international investment law system by further inflaming popular misperceptions that the system is “biased” against the well-meaning policy decisions of developing-country governments. In contrast, a clean-hands approach, which has clear analogues in domestic contract law, allows tribunals to strongly signal the BIT system’s support for the state’s own anti-bribery efforts.

In conclusion, even in the absence of corruption-specific BIT language, the fact of an investor’s involvement in public corruption related to its investment is likely to be of increasingly legal relevance to the investor’s ability to fully access BIT protections. But even if a “corruption defense” is viable as a matter of what might be called “international common law,” it is a defense whose details remain contested and uncertain. States that wish to secure their reliable and effective access to a corruption defense would be wise to consider amending their investment treaties to include their own preferred version of it.

Author: Jason Yackee is Assistant Professor at the University of Wisconsin Law School.

[3] For an overview, see ABDULHAY SAYED, CORRUPTION IN INTERNATIONAL TRADE AND COMMERCIAL ARBITRATION (2004).

[8] See the debate between myself and Professors Bjorklund and Wong on the blog Opinio Juris (May 31, 2012).