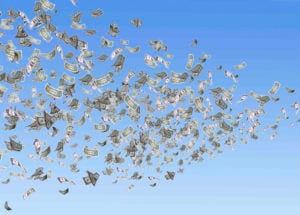 macro-prudential measures that nations should have in their toolkit to prevent and mitigate financial crises. More importantly for this publication, it will be shown that United States trade and investment treaties do not reflect the emerging consensus on capital controls. There is a unique opportunity to rectify this problem as the United States finalizes its new model bilateral investment treaty (BIT) and moves forward on negotiations for a Trans-Pacific Partnership Agreement (TPP) with numerous Pacific Rim nations. Moreover, an opportunity for reform lies in the pending Congressional votes on Bush-era trade deals such as those with South Korea, Colombia, and Panama.

A key characteristic of the global financial crisis has been the mass swings of capital flows across the globe. Indeed, international investment positions now surpass global output. Developing and emerging markets are no strangers to these flows. When the crisis hit, capital rapidly left the developing world in a flight to the “safety” of the United States market. In the attempt to recover, many industrialized nations, including the U.S., have resorted to loose monetary policy with characteristically low interest rates. Relatively higher interest rates and a stronger recovery have triggered yet another surge in capital flows to the developing world. The result has been an increasing concern over currency appreciation, asset bubbles, and even inflation.

Under these circumstances, capital controls can help smooth the inflows and outflows of capital and protect developing economies. Most controls target highly short-term capital flows, usually conducted for speculative purposes.

For example, Colombia’s 2007 capital controls required foreign investors to park a percentage of their investment in the central bank, which helped that nation escape some of the damage from the global financial crisis. [1] Chile and Malaysia, two nations that form part of the TPP negotiations, successfully used capital controls in the 1990s to avoid the worst of the damages during crises in that decade.[2]

In the wake of the financial crisis, nations such as Brazil, Indonesia, South Korea, Taiwan and Thailand have all used capital controls to stem the massive inflows of speculative investment entering their economies and wreaking havoc on their exchange rates and asset markets. South Korea, where the won has appreciated by 30% since 2008, has direct limits on foreign exchange speculation, for example, and has also levied an outflows tax on capital gains of foreign purchases of government bonds.

A pathbreaking IMF study finds that capital controls like these have helped developing nations stem currency appreciation and asset bubbles in the past.[3]  Moreover, the IMF study found that capital controls helped buffer some of the worst effects of the financial crisis in some developing countries. In lieu of these findings, the IMF now endorses the use of capital controls as a part of the macroeconomic policy toolkit. The IMF permitted capital controls[4] on outflows in Iceland, Ukraine and Latvia as the crisis hit, and has recently recommended[5] that nations such as Brazil, Colombia, and India use controls on inflows to tame the mass influx of capital that herded to emerging markets in 2009-2010. In 2010 the IMF took a step further and recommended that a system of global coordination be put in place for capital controls, an initiative that the G-20 will take up in 2011.[6]

In contrast with the treaties of many other industrialized nations, the template for United States trade and investment treaties does not leave adequate flexibility for nations to use capital controls to prevent and mitigate financial crises.[7] At their core, U.S. treaties see restrictions on the movement of speculative capital as a violation of their terms. The safeguards in U.S. treaties were not intended to cover capital controls.

This shortcoming in U.S. treaties has recently been the subject of significant controversy. In January of 2011, 250 economists from the United States and across the globe, including a Nobel Laureate, former IMF officials, two former ministers of finance, and members of pro-trade think tanks such as the Peterson Institute for International Economics sent a letter to the U.S. government calling on the U.S. to address this imbalance in U.S. trade treaties.[8] That letter was followed by a rebuttal letter signed by many of the major corporate lobby organization in the United States and has since become elevated as an important issue in pending treaties and negotiations.[9]

U.S. trade and investment treaties explicitly deem capital controls as actionable measures that can trigger investor-state claims. The Transfers provisions in the investment chapters of trade treaties, or in stand alone BITS, require that capital be allowed to flow between trading partners “freely and without delay”. This is reinforced in trade treaties’ chapters on financial services that often state that nations are not permitted to pose “limitations on the total value of transactions or assets in the form of numerical quotas” across borders.

In the financial services chapters of U.S. trade treaties, and in U.S. BITS, there is usually a section on “exceptions.” One exception, informally referred to as the “prudential exception,” usually has language similar to the following from the US-Peru trade treaty:

Capital controls are not seen as permissible under this exception. This has been communicated by the United States Trade Representative and in 2003 testimony by the Under Secretary of Treasury for International Affairs to the U.S. Congress.[10] In general this is because the term “prudential reasons” usually interpreted in a much narrower fashion, pertaining to individual financial institutions.  Concern has also been expressed that the last sentence is “self-canceling,” making many measures not permissible.

The prudential exception in services chapters or BITs is usually followed by an exception for monetary policy that often reads like (again to use the US-Peru Trade treaty):

This second exception could be seen as granting nations the flexibility to pursue necessary monetary and exchange rate policy (of which capital controls are a part). Yet the last sentence in that paragraph specifically excludes transfers.

These provisions were very controversial with the US-Chile and US-Singapore trade treaties in the early 2000s. U.S. trading partners repeatedly asked for a safeguard that would include capital controls but the United States has denied that request. In a few instances, U.S. negotiators granted special annexes that allowed U.S. trading partners to receive an extended grace period before investor-state claims can be filed with respect to capital controls, as well as limits on damages related to certain types of controls.

These annexes are still inadequate in the wake of the financial crisis for at least four reasons. First, the annexes still allow for investor-state claims related to capital controls—they just require investors to delay the claims for compensation. An investor has to wait one year to file a claim related to capital controls to prevent and mitigate crises, but that claim can be for a measure taken during the cooling off year.  The prospect of such investor-state cases could discourage the use of controls that may be beneficial to financial stability. Second, many other nations’ treaties allow for capital controls. Indeed, theCanada-Chile FTA, the EU-Korea FTA, the Japan-Peru BIT, and the Japan-Korea BIT (just to name a few) all grant greater flexibility for capital controls.This gives incentives for nations to apply controls in a discriminatory manner (applying controls on EU investors but not on US investors).  Third, the IMF has expressed concerns that restrictions on capital controls in U.S. agreements, even those with the special annexes, may conflict with the IMF’s authority to recommend capital controls in certain country programs, as they have done in Iceland and several other countries. Finally, the special dispute settlement procedure included in the US-Chile and Singapore FTAs did not become a standard feature of U.S. agreements.  It is not in CAFTA, any U.S. BIT, or the pending US-Korea FTA.

This problem should be rectified. It is in the interests of the U.S. and its trading partners to have adequate policy space to prevent and mitigate financial crises. A number of (non-exclusive) options are possible. First, some IMF officials have gone so far as to recommend that speculative capitals in the form of derivatives and other financial “innovations” be omitted from the definition of investment in treaties.[11]  Such an option was also recommended in the International Institute for Sustainable Development’s Model Investment Treaty.  Another option, more recently advocated by the IMF, is to come up with a uniform safeguard language that can be used by all nations.[12] Finally, and more specific to U.S. treaties, the “exceptions” language in U.S. treaties could be broadened to explicitly allow for the flexibility to deploy controls and other measures now recognized as prudential to prevent or mitigate a crisis.

The “prudential exception paragraph” could have a footnote with an explicitly non-exhaustive list that clarifies that prudential measures include capital controls, among other measures. The last sentence in that paragraph could be deleted (as it is in the North American Free Trade Agreement), as could the omission of “transfers” from last sentence in the “monetary policy” exception also quoted above.

This issue should be rectified in the pending trade deals with South Korea, Colombia, and Panama. Moreover, it should be corrected in the soon to be completed review of US model BIT and taken forward in negotiations for a TPP, and elsewhere.

Author:Kevin P. Gallagher is an associate professor in the Department of International Relations at Boston University and senior researcher at the Global Development and Environment Institute, Tufts University. In 2009 he served on the investment subcommittee of the US Department of State’s Advisory Committee on International Economic Policy.

Prepared by the Strategy, Policy, and Review Department and the Legal Department. International Monetary Fund. http://www.imf.org/external/np/pp/eng/2010/111510.pdf