What do all of these seemingly disparate topics have in common? Well, if you don’t know, then you clearly haven’t met Cyndy Desjardins—the new food web biologist at IISD-ELA—who counts the eclectic list above among her many interests.

For someone whose interests are so evidently diverse, Cyndy’s academic and professional journey to IISD Experimental Lakes Area was predictably dynamic. In fact, when Cyndy first dived into her undergraduate degree at Concordia University in Montreal, she started with a major in history, linguistics and translation.

“I loved linguistics and history, but knowing I didn’t want to be a teacher, I realized that they were more just hobbies rather than solid long-term job prospects for me,” said Cyndy.

“When I was very young my family had a small hobby farm in the Gatineau hills, on the Quebec side of the Ottawa River, and my parents used to take me on long hikes through the hills. This really instilled in me a love of the outdoors and a strong curiosity about the natural world. Studying science (a Bachelor’s degree in ecology and chemistry and a Master’s degree in environmental chemistry and toxicology) and working in ecological research has really been a great way of developing that curiosity and putting it to work.” 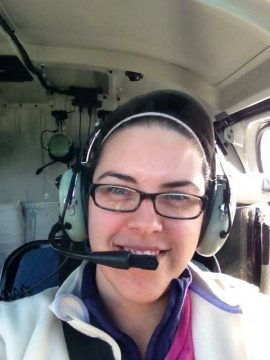 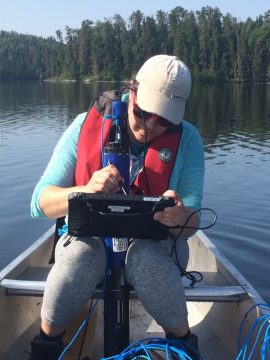 Now, at IISD Experimental Lakes Area, Cyndy works as a food web biologist. She focuses on the core of food webs in lakes, exploring primary production and studying zooplankton communities. Much of this work involves heading out on the lakes and taking samples of the zooplankton and phytoplankton communities for identification, as well as taking water samples that are then measured for things like carbon dioxide and organic carbon.

Her work contributes to several of the ongoing projects at IISD-ELA, including the Photons to Fish and mysis reintroduction projects, as well as to long-term monitoring projects, such as studying the impacts of climate change on ice cover in boreal lakes and the historical monitoring of the Long-Term Ecological Research lakes.

With nearly three months of working at the IISD-ELA field camp under her belt, Cyndy says her experience at IISD-ELA has been a very positive one, both professionally and personally. “The people are incredibly welcoming, and you couldn’t ask for a more positive and beautiful environment to work in.”

One of the most inspiring aspects of working here is the people, she says.  “What strikes me most about IISD-ELA is the people I am working with. You are really working with the top experts and professionals in the field of limnology, and that really impresses me on a daily basis.”

“Working at IISD Experimental Lakes Area, and living in the city of its headquarters, all very much feel like coming home!”

Despite all the excitement about working in a new environment, IISD-ELA was not unknown to Cyndy before she came to work here.

“The first time I heard of [IISD Experimental Lakes Area] was actually in the very first ecology class I took during my undergraduate degree. My professor was a fisheries biologist, and he taught us about a lot of the work that has been done here, including many of the classic experiments. I think the site has a long and established reputation with the freshwater community around the world.” 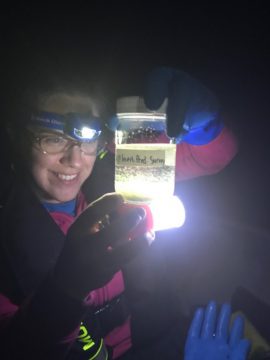 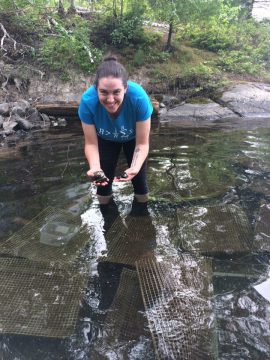 For Cyndy, starting work at IISD Experimental Lakes Area has meant a whole life move; she moved from Sudbury, Ontario, where she was working previously, to Winnipeg—a Canadian city four hours west of the field site—where the research facility is headquartered.

She considers it a fortuitous move to a great city!

“I really like Winnipeg. Having grown up in Montreal, and completed my master’s degree in Ottawa, I’m really happy to be back in the city. In fact, with its vibrant cultural scene and beautiful historic, architecture, Winnipeg actually reminds me of Montreal quite a bit. In that sense, working at IISD Experimental Lakes Area, and living in the city of its headquarters, all very much feel like coming home!”