Calcium: Why it matters in fresh water—and the risks of low levels

Calcium—the 20th chemical element of the periodic table—may conjure up many images for you: milk commercials from the 1980s, life-sized model skeletons in science museums, gleaming pearly whites.

But while its value to humans is widely understood, what you may not know is that calcium is a critical element in freshwater systems for many levels of the food web to stay healthy, and, as we have just discovered,  reduced levels may have negative impacts on the health of those lakes.

Calcium is an important element in the diets of many plants and most animals.  Some algae (coccolithophores) use calcium to form protective shells, invertebrates like snails and mussels require calcium for their protective shells, and—just like humans—fish require calcium for their bones. Animals like fish obtain calcium through their diets, while algae and many invertebrates obtain their calcium directly from the water.

Calcium often enters freshwater lakes from the slow weathering of their watersheds, with streams and runoff leaching calcium from soils and rocks.

Too much of a good thing—or too little?

Most problems associated with water quality are related to too much of something: high nutrient loads contributing to algal blooms, high quantities of contaminants such as mercury making fish unsafe to eat, too many specimens of an “invader” species such as zebra mussels rapidly proliferating.

However, there are circumstances where there is too little of a good thing. Take our good friend calcium, for example. 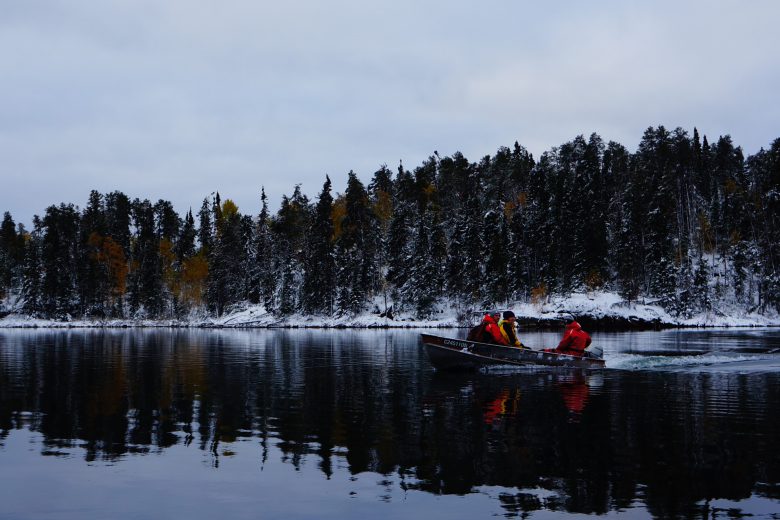 IISD Experimental Lakes Area—the world’s freshwater laboratory—contributed a significant amount of expertise and data from its unparalleled long-term monitoring dataset of over 50 years to this global study.

A team of scientists, led by Gesa Weyhenmeyer of the University of Uppsala, Sweden, recently discovered that in many areas of Europe and eastern North America, calcium levels are declining toward levels that can be critically low for the reproduction and survival of many aquatic organisms.

This decline may significantly affect freshwater organisms that depend on calcium deposition, including integral parts of the food web, such as freshwater mussels and zooplankton.

All around the world

Landscape also matters. In the American and Canadian Midwest for example, nearly all lakes have calcium concentrations above 20 milligrams per litre. There are some lakes, known as marl lakes, that occur in regions dominated by limestone. These lakes have very high concentrations of calcium carbonate that give them a gorgeous turquoise colour.

But while its value to humans is widely understood, what you may not know is that calcium is a critical element in freshwater systems for many levels of the food web to stay healthy, and, as we have just discovered, its reduced levels may have negative effects on the health of those lakes.

However, Weyhenmeyer and colleagues found that lakes in the boreal zones of Canada and Europe generally had the lowest calcium concentrations for the world’s lake, generally below 5 milligrams per  litre and sometimes below 1.5 milligrams per litre.

So, why is this important?

≤ 1.5 mg L-1 is a threshold considered critical for the survival of many organisms that require calcium for their survival; therefore, some lakes are approaching calcium levels that endanger organisms that have high calcium requirements for their shells or external carapaces.

For instance, calcium concentrations below 5 mg/L can dramatically reduce both snail and crayfish growth and diversity. Freshwater mussels, already heavily imperiled across North America for reasons such as over-harvesting and poor water quality, have a wide range of calcium requirements with an increasing number of species being limited as calcium concentrations fall from 10 milligrams per litre to 1.5 milligrams per litre.

The mysterious case of acid rain

Surprisingly, acid rain may be able to explain why calcium levels in some lakes have dropped.

Even though the acidity of many lakes affected by acid rain in eastern North America and Europe have largely recovered since governments started to take action on acid rain in the 1970s, their calcium concentrations often have not. 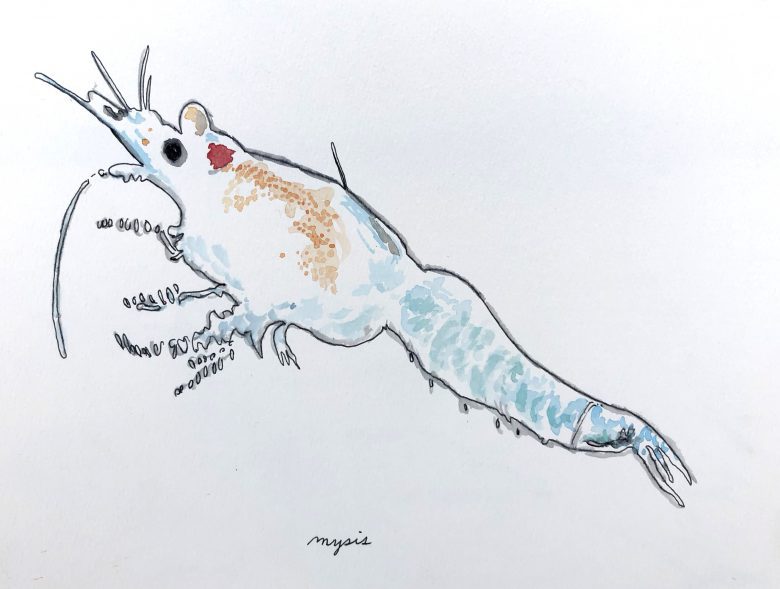 Researchers at IISD-ELA are now exploring the continued impact of acid rain on our freshwater lakes by reintroducing Mysis—a small but important freshwater shrimp—to a lake from which it was previously extirpated.

The lack of recovery of can be explained by the flushing of calcium from soils during periods when acid rain was intense, so much so that there is still a calcium deficit in the surrounding soils, so that when it rains now, little calcium is left to wash into streams and lakes.

There may be an upside, however! The low calcium concentrations for lakes of the boreal zone dramatically limit the risk of zebra mussel or quagga mussel invasion. These two invasive mussel species from eastern Europe have invaded hundreds of lakes and rivers across North America, causing significant economic damage and often dramatically altering their food webs.

With calcium concentrations requirements of at least 12 mg per litre, these species are highly unlikely to invade most boreal lakes where concentrations are usually below 5 milligrams per litre.