Acid Rain Is Totally So Last Century, Right? Not Exactly: A Canadian scientist explains how acid rain is still making its mark

We can all agree that acid rain isn’t quite the media buzzword it once was.

However, while it may not feature as prominently in popular environmental discourse as it did back in its arguable heyday of the 1980s, the impacts of acid rain are still playing out in ecosystems across the globe.

Our food web biologist, Cyndy Desjardins, explains why acid rain is still a concern for freshwater systems, and what researchers in Canada are doing to discover and mitigate some of its lasting impacts.

What is Acid Rain?

Acid rain forms when nitrogen oxide (NOx) or sulfur dioxide (SO2) gasses are released into the atmosphere, primarily from the burning of fossil fuels.

These gases react with the oxygen and water in the clouds to form nitric and sulfuric acid, which can then be transported long distances within the clouds before falling on the landscape in raindrops, snow and other forms of precipitation, like fog or even dry particulates. 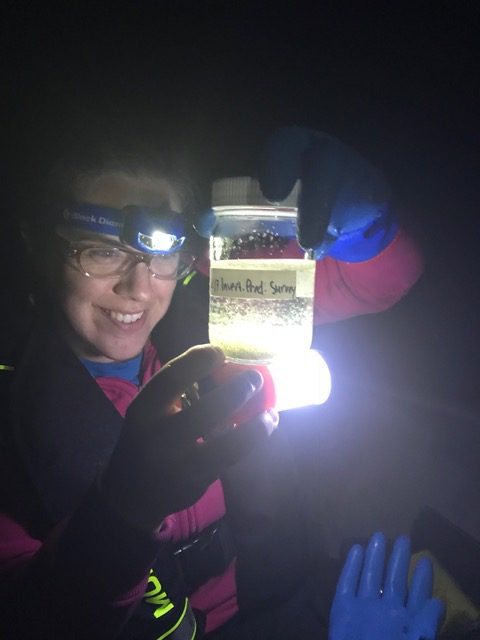 Cyndy Desjardins is one of the researchers helping to reintroduce Mysis back into Lake 223 after it was intentionally acidified back in the 1970s at IISD Experimental Lakes Area.

Why is Acid Rain a Problem?

Decades of acid precipitation falling on the landscape have acidified soils and decreased the pH of lakes across the globe. This can have a variety of impacts on the natural balance of ecosystems, and thus the health of our freshwater resources.

For example, it can hinder the ability of fish to detect predators. Atlantic salmon, an important fish stock on the east coast of North America, releases a chemical called an alarm cue when they are physically damaged by predators, which alerts other salmon in the area of the predator’s presence. The ability of salmon to detect this alarm cue is dramatically impaired when the pH of the river or stream they live in falls below a certain level.

While it may not feature as prominently in popular environmental discourse as it did back in its arguable heyday of the 1980s, the impacts of acid rain are still playing out in ecosystems across the globe.

Decreased pH in lakes also tends to lead to a decline in species diversity. Certain species of animals and vegetation are particularly sensitive to acidic conditions, so that these communities become dominated by a few acid-tolerant species at the expense of other acid-sensitive species—to the point where some animals become locally extinct.

This is exactly what scientists found during a landmark whole-ecosystem acid rain study conducted at the Experimental Lakes Area from 1976 to 1983, headed by then-director David Schindler, which shed light on how freshwater ecosystems are affected by acid rain.

What Has IISD-ELA Taught Us About Acid Rain?

In order to mimic the acidity of the rain that was falling on freshwater ecosystems at the time (in the mid-1970s), Schindler and his team introduced minute amounts of sulfuric acid into an experimental lake (Lake 223) in order to reduce the pH (i.e., acidify the lake) from about 6.8 to about 5.0 over the seven-year experiment. 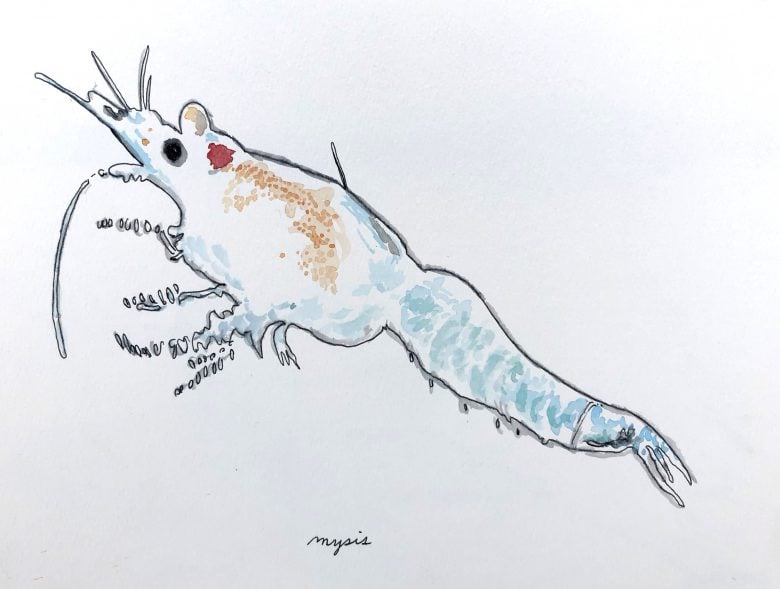 Mysis are a main food item for growing fish; as fish grow, their diets shift from microscopic zooplankton to larger prey items (such as other fish), and Mysis fill the gap between these two food sources.

Among the many effects Schindler and his team found were reduced body condition (how “fat” a fish is) and low breeding success in white suckers and lake trout, and the near extinction of fathead minnows. Additionally, they found that crayfish populations crashed (likely related to a decline in the hardening of their exoskeletons after molting), and that Mysis diluviana (or just Mysis)—a small but important freshwater shrimp—disappeared completely from the lake. This last finding was especially concerning given that the shrimp is a keystone species in the ecosystem and that this local extinction occurred at a much higher pH than had previously been thought to cause such effects.

Mysis are a main food item for growing fish; as fish grow, their diets shift from microscopic zooplankton to larger prey items (such as other fish), and Mysis fill the gap between these two food sources. With the disappearance of Mysis from Lake 223, energy transfer up the food chain, from algae to fish, slowed down, exacerbating declines in the fish stock of the lake.

How did Canada Deal with Acid Rain?

Acid rain caused by industrial activity was identified in the 1970s and 80s as a global problem for freshwater ecosystems. The effects that acid rain was having on freshwater ecosystems needed to be comprehensively researched in order to mitigate any potential threats to the health of our freshwater systems and populations. This was especially important for Canada, which has access to almost 20 per cent of the world’s freshwater resources.

The effects that acid rain was having on freshwater ecosystems needed to be comprehensively researched in order to mitigate any potential threats to the health of our freshwater systems and populations. This was especially important for Canada, which has access to almost 20 per cent of the world’s freshwater resources.

Based on evidence provided by Dr. Schindler’s study at the Experimental Lakes Area, as well as other studies conducted throughout the 1970s and 80s, legislation was put in place to curtail industrial emissions. These measures lead to significant decreases in emissions of NOx and SO2 from industrial point sources, such as factories, in the decades that followed. However, while legislation has indeed worked to make car exhausts cleaner, the number of vehicles on the road continues to rise with the increasing human population, so vehicle emissions remain a significant source of primarily NOx, but also SO2. 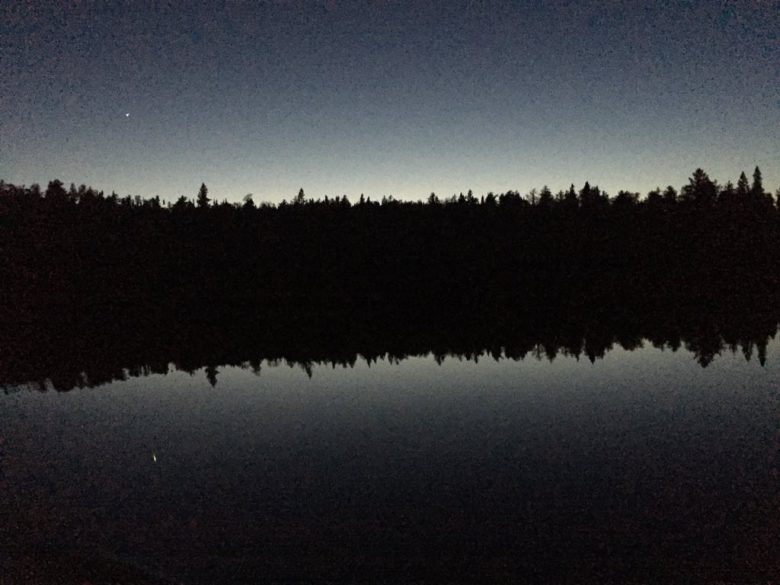 Scientists at Canada’s IISD Experimental Lakes Area are now reintroducing Mysis back into Lake 223 to see if trout populations recover.

What Else Does IISD-ELA Still Have to Teach Us about Acid Rain?

Lake 223 continues to be monitored decades after the acid rain experiment officially wrapped up. Interestingly, the water chemistry results suggest that while the chemical make-up of the lake has since returned to pre-experimental conditions, the biology of the lake (including the Mysis population) has not fully recovered. For example, there are less than half the lake trout in the lake compared to before the experiment, and their growth rates are much slower than were observed previously.

These findings likely reflect a broader trend of freshwater populations still feeling the effects of acid rain, despite legislation being enacted decades ago to reduce how much acid rain enters these systems.

During IISD-ELA’s 50th field season, researchers from IISD-ELA and Lakehead University in Thunder Bay, Canada, will be repatriating Mysis to Lake 223 as part of an ecological restoration project. They want to see if recolonizing the lake with Mysis will restore the lake trout population. Additionally, they will be able to use the historical record of Lake 223, from the early acid rain experiment to the current Mysis reintroduction project and everything in between, as a case study to determine if Mysis recolonization could be a suitable restoration activity for other lakes that have been affected by acid rain.

Want to keep up with the latest news and updates from this new research? Be sure to follow @IISD_ELA, @not_Klaatu and yours truly @CanuckLimnoGal on Twitter