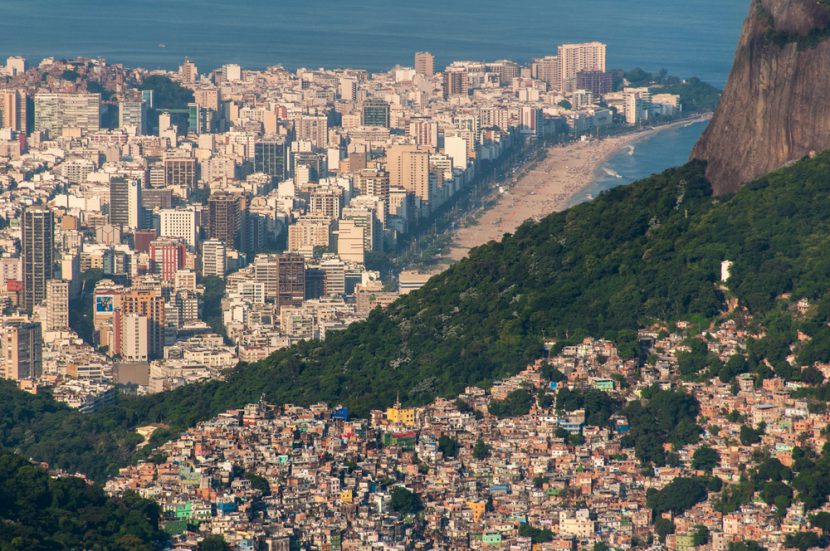 Within this broad debate, development-based approaches, central to countries in the Global South, have not received the same level of attention. From the perspective of developing countries, honest reform in order to promote greater policy space should be able to accommodate development concerns, providing room for policy experimentation in a variety of areas, from distributive justice to industrial policy. In this essay, I propose to enlarge the notion of the right to regulate in IIAs to include a development dimension, and I do so by looking at the experiences of South Africa and Brazil. Reforms occurring in these two countries emerge in the context of increased opposition to the traditional investment protection model and could influence reforms oriented towards greater policy space for development.

2. South Africa’s development-based approach to the right to regulate

South Africa, a country still struggling with inequalities, depends heavily on foreign capital. As part of its strategy to attract foreign direct investment (FDI), the country rushed into bilateral investment treaties (BITs) with capital-exporting countries in order to hint at its commitment to global capitalism.[3] The formulation of standard BITs allowed very little policy space for host countries and certainly no room for the promotion of race-based policies potentially harmful to investors’ rights. Eager to join the global capitalist system after years of isolation and desperately needing capital, South Africa did not fully evaluate the possible negative externalities of BITs on its policy space until much later, when a claim was brought against the state, opening a Pandora’s box for similarly motivated disputes.[4] In the Foresti case, private investors challenged South Africa’s Mineral and Petroleum Development Act (MPDA) and Mining Charter for allegedly expropriating an investment while adjusting to the demands of the Black Economic Empowerment Act.[5]

In 2009 South Africa issued a position paper to critically evaluate its investment policy, suggesting rebalancing investor rights and regulatory space[6] and serving as the basis for domestic legislation, the 2015 South African Protection of Investment Act. The act challenges mainstream formulations of investment regulation and sets out the government’s intention to not renew the so-called first-generation BITs and to only enter into new BITs based on compelling economic and political reasons for doing so.[7] The act embraces substantive changes, such as limiting the definition of investment and investor, excluding fair and equitable treatment (FET), limiting full protection and security, and replacing investor–state arbitration with adjudication by domestic courts and state-to-state arbitration after exhaustion of local remedies.

Most importantly, the act subjects property rights to the Constitution of the Republic. The Constitution of South Africa guarantees property rights but, like any other constitutional right, they are subjected to public purpose limitations. Specifically, section 25(2) of the Constitution allows expropriation of property for public purpose subject to payment of equitable compensation. Another important aspect of the act is that it brings the obligation to take measures to protect or advance historically disadvantaged persons to the core of the agreement: in the preamble, in its right to regulate provision and as an exception to the national treatment obligation.

In a similar vein, South Africa was actively engaged in designing the 2012 Southern African Development Community (SADC) BIT template, which, among others, contains a development dimension in its right to regulate provision and another specific provision on the rights of a state Party to pursue development goals, which includes taking “measures necessary to address historically based economic disparities suffered by identifiable ethnic or cultural groups due to discriminatory or oppressive measures against such groups.”[8]

At the time of this writing, new challenges are underway. There is pending legislation and heated public debate on the possibility of land expropriation without compensation. This brings an additional element of tension to the debate in South Africa. While previous measures adopted by the government have centred around violations of BIT commitments, these new measures attempting to expropriate land without compensation also appear to conflict with Section 25 of the Constitution, which requires expropriation to be followed by compensation.

3. Brazil’s development-based approach to the right to regulate

Brazil has been able to maintain policy space outside the mainstream investment regime. The country’s engagement with investment policies has varied from resisting standard BITs in the 1990s to developing a new model investment agreement in 2015, replacing the paradigm of investment protection with one based on investment cooperation and facilitation. On both occasions, the government was centrally concerned with shielding Brazil’s regulatory space from investment commitments.

In the 1990s, during the heyday of neoliberalism, Brazil resisted joining any investment agreement, although it signed 14 such agreements never to be ratified.[9] These agreements, mostly with developed economies, reproduced standard BIT formulations.

In 2003 Lula da Silva was elected president and awoke a dormant developmental state, resuscitating Brazil’s industrial policy with important spillover effects on investments.[10] Mostly through financing by Brazil’s National Bank for Economic and Social Development (BNDES), the government targeted a group of national champions and fostered the emergence of a new constituency: Brazilian multinational corporations.[11] This policy had direct effects on the foreign activities of these corporations. Between 2005 and 2010, Brazil’s FDI outflow was multiplied by almost nine.[12]

Although debatable in the literature, it has been argued that BNDES financing was a relevant factor in fostering Brazilian investment outflows during the Workers’ Party governments. This policy could have been curtailed and Brazilian multinationals could have been negatively affected if Brazil had been party to IIAs. Outside this large government financing program, foreign investors could also have challenged Brazil’s right to regulate in matters as diverse as fiscal policy to water supply, as experienced by several developing countries. On the other hand, Brazil opted for pursuing a development strategy that did not include signing traditional BITs, all the while remaining a top FDI recipient, challenging existing narratives on the need for BITs to attract FDI.

Brazil has recently decided to initiate an investment treaty program that moves away from the standard investment treaty language that has the protection of foreign investment as the primary, or sole, subject matter. The new approach based on investment cooperation and facilitation emphasizes: 1) creating mechanisms such as ombudspersons and joint committees to monitor investment relations and prevent disputes and 2) creating open-ended or framework agreements that can be adapted over time to accommodate the state parties’ development needs through thematic work programs.[13] Since March 2015 Brazil has signed nine Agreements on Investment Cooperation and Facilitation (ACFIs) with other developing countries (Angola, Chile, Colombia, Ethiopia, Malawi, Mexico, Mozambique, Peru and Suriname) as well as the intra-MERCOSUR Investment Protocol. In addition, investment facilitation agreements, the kind supported by Brazil, have been discussed in multilateral forums, such as the G20 and the World Trade Organization (WTO), with the open support of China.[14]

Brazil’s search for development promotion outside the traditional investment regime and through an alternative regulatory framework is currently on hold. The present administration has been taking drastic measures, doing away with many elements of Brazil’s developmental state.[15] Brazil has embarked on a neoliberal reform agenda led by the Ministry of Finance that includes: 1) approving a 20-year budgetary cut affecting investment in education and health; 2) curtailing labour rights; 3) attempting to approve pension funds reform; and 4) requesting accession to the Organisation for Economic Co-operation and Development (OECD). Under this new agenda, Brazil’s investment policies, seen by some as a legacy of the previous administration, risk losing traction.

South Africa’s and Brazil’s experimentation with investment law and policy to promote development face challenges. Externally, their practices go against a mainstream regime based on more than 3,000 agreements designed in the shadow of the neoliberal approach to investment regulation. While there have recently been signs that the traditional approach may allow some detours, as in the case of certain environmental and health measures, it is less likely that it will welcome a development-based approach that challenges the rationale of investment protection.

In addition, both South Africa and Brazil face domestic challenges to implementing their investment policies. After President Zuma’s resignation, it is now President Ramaphosa’s responsibility to strike a balance between addressing the country’s historical racial inequalities—the DNA of the African National Congress—and the global capitalist system in which BITs are embedded. Brazil’s experimentation with heterodox policies, including on investment, to further an alternative development model is less clear in the wake of a neoliberal-driven government. In such a context, the future of Brazil’s investment policy will remain uncertain until a newly elected government comes into power in 2019.

Despite these challenges, the experiences of South Africa and Brazil demonstrate that there is room for genuine reimagination of the investment regime, where the interests of investors are matched with the development concerns of host countries. In order to achieve a balance on potentially conflicting interests, countries need to be creative and design more flexible alternatives that go beyond safeguarding policy space on environment, health and safety, and include other national economic priorities.

Fabio Morosini is an Associate Professor of Law at the Federal University of Rio Grande do Sul and a research fellow with Brazil’s Ministry of Science and Technology (CNPq). The author would like to thank Malebakeng Forere, Martin Dietrich Brauch and Nathalie Bernasconi-Osterwalder for comments on previous drafts. An extended version of this article will appear as a book chapter in Kennedy, D. W., Santos, A., Thomas, C., & Trubek, D. M. (Eds.) (forthcoming). Rethinking trade and investment law. London: Anthem Press.

[1] In practical terms, if a measure falls under one of these categories, chances are that the government will not have to compensate for damages caused to foreign investors. Organisation for Economic Co-operation and Development (OECD). (2004). Indirect expropriation and the right to regulate in international investment law. (OECD Working Papers on International Investment, 2004/04). Retrieved from https://www.oecd.org/daf/inv/investment-policy/WP-2004_4.pdf