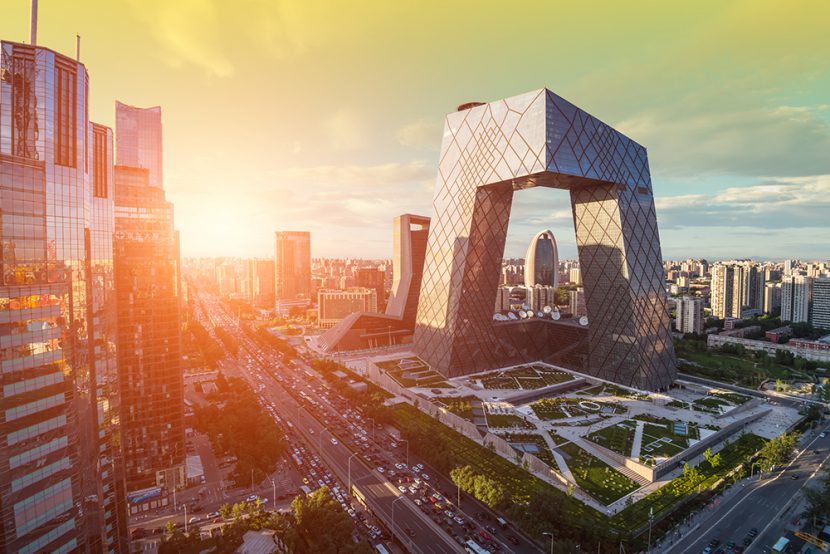 Recent decades have been marked by China’s economic, military and diplomatic rise, and its increasing integration into the international order.[1] China’s accession to the World Trade Organization (WTO) and its expanded web of international investment agreements (IIAs) effectively illustrate the country’s enhanced immersion in the fields of international trade and investment—two branches of international economic law greatly shaped by Western ideologies.

Regarding foreign investment in particular, China has sustained robust inbound as well as outbound flows of foreign direct investment (FDI).[2] It has concluded 139 bilateral investment treaties (BITs) and 21 treaties with investment provisions, such as trade agreements including investment chapters.[3] On the one hand, expanding its web of IIAs is an effort to promote the view that China is a legally secure investment destination, with a foreign investment framework that is aligned with international investment law norms.[4] On the other hand, China has sought to establish an international legal framework to protect outward Chinese investments following the adoption of the “Going Global” strategy, aimed at encouraging Chinese companies to invest abroad.[5] The web of Chinese IIAs reflects its gradual espousal of international norms aimed at promoting and protecting cross-border investments.

China’s gradually changed stance toward investor–state dispute settlement (ISDS) is one of the best illustrations in this respect.[4] [5] [6] This note sheds light on China’s increased appearance in ISDS cases, either as home or host state.

China and the ISDS mechanism

Only in late 1990s China changed its approach more deeply, by providing foreign investors with unobstructed access to international arbitration. Treaties such as the 1998 China–Barbados BIT allow foreign investors recourse to international arbitration to resolve any investment dispute that could not be amicably settled within six months. Since then, the liberal approach has continued, and most of China’s recent BITs, such as the 2011 China–Uzbekistan BIT and the 2013 China–Tanzania BIT, include comprehensive dispute settlement clauses.

It is however surprising to observe China’s seemingly rare involvement in ISDS mechanism either as host or home state, compared to its increased role in inbound and outbound investments and its expanded web of IIAs. Based on publicly available information, Chinese investors did not use ISDS mechanisms until 2007, and the first known ISDS case against China was initiated in 2011. On the one hand, some have suggested China’s lack of affinity for international arbitration and its preference for settling disputes informally through diplomatic consultations possible reasons for the low number of cases initiated by China as an investor.[5] [6] On the other hand, several studies have identified some of the possible reasons for the rareness of ISDS cases against China. Among these reasons are foreign investors’ concerns over endangering future dealings with China, the long-held view that only disputes involving the amount of compensation resulting from expropriation can be arbitrated under most Chinese BITs and the opinion that foreign investors could gain more benefits through negotiations.[7]

The next sections provide an overview of the five known claims by Chinese investors and three known claims against China initiated in the past decade.[8]

In the first known ISDS case involving China as home state, the claimant indirectly owned TSG del Perú S.A.C., a Peruvian company engaged in the manufacturing of fishmeal and their exportation to Asian markets. The investor initiated arbitration under the 1994 China–Peru BIT alleging that measures adopted by Peru’s national tax authority following a 2004 audit resulted in indirect expropriation of his investment in TSG and violated fair and equitable treatment and full protection and security.

Peru challenged the tribunal’s jurisdiction based on the limited consent to arbitration under the BIT, but the tribunal affirmed its jurisdiction to entertain the expropriation claim. In its reasoning, the tribunal stated that the words “involving the amount of compensation for expropriation” in the dispute settlement clause of the BIT must be interpreted as including “not only the mere determination of the amount but also other issues that are normally inherent in an expropriation” (para. 188). It stated that concluding otherwise would undermine the arbitration clause, which precludes the possibility of arbitration if the investor has already submitted the other issues to a competent court of the host state.

In its final award, the tribunal found in favour of the investor, holding that the measures taken by Peru’s tax authority and upheld by the Peruvian tax court were arbitrary and tantamount to expropriation, as they substantially frustrated the operational capacity of the business.

Peru applied for annulment. The committee found in favour of the investor, holding that the tribunal did not exceed its power by interpreting the dispute settlement clause of BIT widely so as to include issues that are generally involved in an expropriation, and that the tribunal interpreted the phrase “dispute involving the amount of compensation for expropriation” in the overall context of the dispute settlement clause (para. 98).

In a claim brought under the 1991 China–Mongolia BIT, three Chinese investors challenged Mongolia’s decision to cancel their mining license regarding the Tumurtei iron ore mine. This case was concluded on June 30, 2017, and the award is not public. According to Mongolia’s counsel, the tribunal dismissed the case on jurisdictional grounds as the dispute settlement clause of the BIT confines jurisdiction to “disputes which involve the amount of compensation for expropriation” only.[11] It is thus apparent that the tribunal has adopted the narrow interpretation towards China’s conventional dispute settlement clause, which differs from the broad approach taken by Tza Yap Shum tribunal affirmed by the annulment committee.

Under the 1986 and 2009 BITs between China and the Belgian–Luxembourg Economic Union (BLEU), the Chinese investors alleged that the corporate rescue plans implemented by Belgium with respect to Fortis Bank SA/NV (FBB) expropriated their investment in the Fortis Group. The fundamental difference between the dispute settlement clauses of the two BITs is that the 1986 BIT restricted arbitration to disputes arising from the amount of compensation for expropriation, while the 2009 BIT allows investors to submit disputes either to the competent court of the host state or to the International Centre for Settlement of Investment Disputes (ICSID), at the investor’s choice. The claimants submitted the dispute to ICSID, relying on the procedural remedy of the 2009 BIT as well as the substantive provisions of the 1986 BIT.

Accepting Belgium’s temporal objection to jurisdiction, the tribunal decided that “the more extensive remedies under the 2009 BIT” are not available to “pre-existing disputes that had been notified under the 1986 BIT, but not yet subject to arbitral or judicial process” (para. 231). In the tribunal’s point of view, the expansive interpretation suggested by the claimants would provide investors with an opportunity to employ the broad dispute resolution clause included in the 2009 BIT to bring claims notified under the 1986 BIT, which limited the substantive scope of dispute settlement.

The Macao-based investor Sanum alleged that taxes imposed by Laos deprived her investment in Laos’ gaming industry of several standards of protection guaranteed by the 1993 China–Laos BIT. Rejecting the jurisdictional objections by Laos, the tribunal found that the BIT applies to Macao and that jurisdiction covered the investor’s expropriation claims, following Tza Yap Shum’s broad interpretation of the dispute settlement clause.

Laos successfully challenged the award on jurisdiction before the Singaporean High Court, which rejected the applicability of the BIT to Macao and the tribunal’s broad interpretation of the treaty’s dispute settlement clause. However, the Singapore Court of Appeal overturned the High Court’s decision, finding in favour of Sanum. The investor and Laos eventually agreed to an amicable settlement, but the investor yet again initiated an arbitration proceeding before ICSID challenging the conduct of Laos after the settlement. [11] The case is still pending.[14]

Chinese state-owned enterprise Beijing Urban Construction Group Co. Ltd. (BUCG) alleged under the 2002 China–Yemen BIT that Yemen unlawfully deprived it of its investment in constructing a portion of new international terminal at Sana’s International Airport. The tribunal rejected Yemen’s objection that BUCG was a state agent, having found that in the relevant fact-specific context it acted as a commercial contractor, not discharging governmental functions. Yemen also objected to the tribunal’s subject matter jurisdiction based on a narrow interpretation of the dispute settlement clause of the BIT. However, the tribunal dismissed the objection, considering that the words “relating to the amount of compensation for expropriation” in the dispute settlement clause must be construed to “include disputes relating to whether or not an expropriation has occurred” (para. 87) as it promotes the BIT’s overall purpose and objective. This case is currently at its merit phase and the decision is pending.

The investor brought the first known case against China, under the 1990 Malaysia–China BIT, to challenge the revocation of its right of leasehold land by local authorities of the Hainan Special Economic Zone on the grounds that the investor had failed to develop the land as stipulated in the pertinent local legislation. The parties agreed to suspend the case, which did not reach the award stage.

Ansung Housing Co., Ltd, a privately-owned company incorporated under the laws of the Republic of Korea, brought the second case against China, under the 2007 China–Korea BIT. Ansung alleged that measures by Chinese local governments violated the investment agreement to develop a golf course and related facilities including luxury condominiums and a clubhouse.

To save its time-barred claim, Ansung invoked the most-favoured-nation (MFN) clause of the BIT, pointing to other Chinese BITs that do not provide for three-year limitation periods. However, the tribunal found that the MFN clause did not extend to a state’s consent to arbitrate with investors or to the temporal limitation period for investor–state arbitration. It also pointed out that the BIT offers specific MFN protection in relation to an investor’s “access to courts of justice and administrative tribunals and authorities,” without making any reference to international dispute resolution. Accordingly, the tribunal dismissed the case for lack of jurisdiction.

On June 21, 2017, a German-owned investor initiated a third known claim against China, under the China–Germany BIT. The notice of arbitration is not public, and information about the case is scarce.

Compared to China’s robust FDI flows, the number of ISDS cases in which it is involved as home or host state—all of them initiated in the last decade—is considerably low. Therefore, it is difficult to make definite observations regarding ISDS cases involving China.

Almost all ISDS cases already decided denote the hurdle that Chinese investors must overcome when bringing claims under first-generation BITs that provided for limited consent to international arbitration. On the one hand, the broad interpretation adopted in Tza Yap Shum, followed in Sanum and Beijing Urban Construction, rebuffed the view that the restrictive dispute resolution clause found in China’s early BITs limits arbitration to disputes regarding the amount of compensation in case of expropriation, providing Chinese investors with more room to arbitrate expropriation claims. On the other hand, narrow interpretations such as the one adopted in Heilongjiang could limit access to arbitration to cases in which the occurrence of expropriation has been already declared or determined.

As Chinese FDI outflows increase, Chinese investors may increasingly rely on broad arbitration clauses to protect their investment-related interests, leading to more cases like Ping An. At the same time, the success in defending itself in cases such as Ansung could boost China’s confidence in the ISDS mechanism also as a respondent host state.

The ISDS regime has been under fire, among other reasons, due to its impact on states’ right to regulate in the public interest.[19] Several states have been calling for ISDS reform, by creating appeals mechanisms or a permanent international investment court, by emphasizing state–state dispute settlement or by turning to alternative dispute resolution methods.[20] In this context, it remains to be seen whether China would support reform initiatives or whether it would be more inclined to maintain the existing regime.

[8] Philip Morris Asia Limited v. The Commonwealth of Australia, a case initiated under the 1993 Hong Kong–Australia BIT, is not covered by this article.