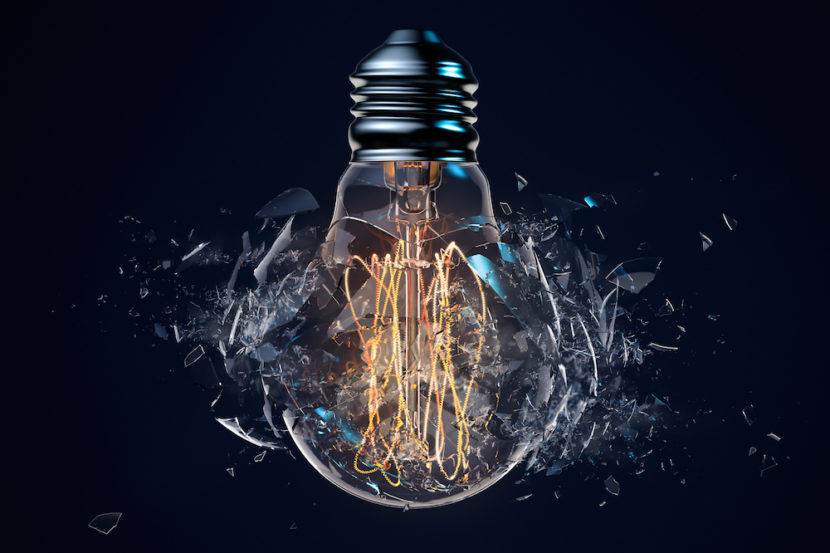 On March 20, 2017 Kenya was the latest country to join the 2015 International Energy Charter, becoming its 83rd signatory. This most recent development reflects the successful outreach strategy of the Energy Charter Secretariat initiated in 2012. The Secretariat is recruiting actively throughout Africa and recently established new Energy Charter Liaison Embassies in Iran and Pakistan.

But what are states signing on to in the hope of mobilizing investment for energy generation to meet national demand? What are the Energy Charter Treaty, the International Energy Charter and the Energy Charter Secretariat, how do they inter-relate and what is their significance for adhering states, developing countries in particular? This note provides insight into a somewhat confusing set of declarations, agreements, processes and related implications.

As of April 2017, the 1994 ECT has been signed or acceded to by 52 states plus the European Union and Euratom, bringing the total number of its signatories to 54.[4] Membership now spans beyond Europe to include members such as Australia, Japan and Mongolia. At the same time, its coverage does not include major economies, such as Canada and the United States. Italy recently withdrew from the 1994 ECT.[5] Russia, which had signed but not ratified the treaty, informed the depository in 2009 that it did not intend to become a contracting party,[6] thus terminating the provisional application of the treaty. Russia’s move came after it was sued by investors under the 1994 ECT’s dispute settlement provisions by the operation of its provisional application (1994 ECT, Art 45).

The 1994 ECT includes investor–state dispute settlement (ISDS) provisions that allow foreign investors to initiate international arbitration to challenge state measures taken in the energy sector in alleged violation of the treaty’s investment provisions. As of April 2017, the Energy Charter Secretariat listed on its website 101 known investor–state arbitration cases initiated under the 1994 ECT.[7] These cases covered a wide spectrum of sectors such as mining, oil and gas, electricity, fossil fuels, nuclear and renewable energy, and represented approximately 13 per cent of all known treaty-based investor–state arbitration cases initiated to date.[8] The largest investment treaty award in history was rendered under the 1994 ECT when an arbitral tribunal found Russia liable for over 50 billion Euros. Although the award was set aside by a Dutch court in April 2016, the investors are still trying to overturn the court’s decision and pursuing enforcement proceedings of the set-aside award against Russia across the globe.[9]

2. The 1994 ECT: An investment protection treaty for the energy sector based on a BIT model from the early 1960s

The stated purpose behind the 1994 ECT is to establish “a legal framework in order to promote long-term cooperation in the energy field” (Art. 2). Although the framework covers multilateral cooperation over transit, trade, and energy efficiency, the primary focus has been on investment protection and dispute resolution. The 1994 ECT’s investment provisions are the only legally significant rules and bear much resemblance to the traditional bilateral investment treaties (BITs) that have been the subject of wide criticism over the past years. Like traditional BITs, the 1994 ECT’s investment provisions focus exclusively on investor rights and investment protection. For example, they cover direct and indirect expropriation, unqualified fair and equitable treatment (FET), non-discrimination commitments and a far-reaching umbrella clause, to name but a few. Even though the 1994 ECT drafters have managed to squeeze all of these obligations into a single paragraph (see box 1), the legal consequences and risks for host states remain significant. In addition, as mentioned earlier, the 1994 ECT contains ISDS (Art. 26). As noted by Energy Charter Secretariat on its website, the top priority of the 1994 ECT is to “[offer] binding protection for foreign energy investors against key non-commercial risks, such as discriminatory treatment, direct or indirect expropriation, or breach of individual investment contracts.”[10]

Box 1: An example of ECT’s provisions on investment protection

Promotion, protection and treatment of investments

On May 21, 2015, members of the 1994 ECT and over a dozen other states and international organizations signed the International Energy Charter (2015 IEC).[11] The 2015 IEC is open for accession by all countries and regional economic integration organizations, and the Energy Charter Secretariat is putting great efforts into geographic expansion.

The 1994 ECT and 2015 IEC are fundamentally different types of international instruments. While the 1994 ECT includes an investment promotion and protection chapter with investment treaty–style provisions, which allows both states and investors of a state party to bring a claim against the state party hosting the investment, the 2015 IEC is a non-binding political declaration aimed at strengthening the energy cooperation between the signatories.

Acceding to the 1994 ECT (as opposed to only signing the 2015 IEC) would be problematic for countries who are currently reviewing and reforming their approach to investment treaties. Countries wishing to join the 1994 ECT would have no opportunity to negotiate the content of the treaty when acceding. This would mean that the widely-recognized flaws of the early investment treaties (including the 1994 ECT), such as broadly-defined legal standards and lack of transparency and independence in dispute settlement, could not be redressed. Many developing and developed countries in the Americas, Africa and Asia, as well as the European Union, are no longer using traditional-type language on investment protection such as that included in the 1994 ECT.

African countries have been particularly active in reviewing their investment treaty models and are in process of negotiating progressive regional and bilateral investment agreements. Models developed within the Eastern African Community (EAC) and the Southern African Development Community (SADC) and at the Pan-African level have all included more precise definitions of investment protection standards, set out responsibilities for investors and integrated innovations with respect to dispute settlement to ensure transparency and independence. Some have stated their preference for state–state dispute settlement over ISDS, and have subjected access to ISDS, where applicable, to a requirement to exhaust local remedies first.

Therefore, acceding to the 1994 ECT would reintroduce rules developed in an era when ISDS cases and the inherent risk of investment arbitration were virtually non-existent and certainly unknown. It would run counter all the innovation and development on the continent and beyond over the past years.

5. Expanding the reach of the International Energy Charter to Africa and Asia to gain market access and investment protection with ISDS

In 2012 the ECT members adopted a program for consolidation, expansion and outreach (CONEXO policy). Since then, the Energy Charter Secretariat has been targeting African and Asian countries to join the 1994 ECT, organizing a series of events and promotion activities. These activities have led a number of countries to sign the 2015 IEC. As of April 2017, the International Energy Charter has 83 signatories, Kenya being the most recent one.[13] Other countries that recently signed it include Bosnia and Herzegovina (2016), Burkina Faso (2017), the Republic of Korea (2016), Nigeria (2017), Rwanda (2016), Senegal (2016) and Swaziland (2016). While only a few have expressed their wish to also accede to the 1994 ECT, the signing of the 2015 IEC, as highlighted above, could be the first step towards accession to the 1994 ECT.

It is a common practice for countries to designate their energy ministries as the competent agencies to decide whether or not to join the Energy Charter. Since these ministries are typically not involved in the negotiation of investment treaties, the legal implications of the 1994 ECT may not always be adequately understood. This does not put into question the key roles energy ministries should play in the decision-making process, as both the 1994 ECT and the 2015 IEC cover a host of issues of the energy sector, such as transit, trade and energy efficiency. However, these issues remain largely non-binding, while the investment protection provisions are legally binding and enforceable through ISDS. Therefore, it is highly recommended that agencies familiar with investment treaty negotiations also be involved when countries evaluate whether to accede to the 1994 ECT or whether to sign the 2015 IEC.

The Energy Charter Secretariat is in expansion mode, wanting to gain access to energy resources in Africa and Asia for its current—mostly developed country—members, and extending a far-reaching (and outdated) investment protection system to investments in resource-rich countries.

States who have joined the 2015 IEC should be careful about the slippery slope of acceding to the high-risk 1994 ECT’s investment protection framework.

States who have not yet joined the 2015 IEC should assess the risks and benefits of doing so, taking into account the danger of being pulled into accession to the 1994 ECT.

Given their importance, decisions on acceding to the 1994 ECT or signing the 2015 IEC require an assessment through an inter-ministerial group including the agencies responsible for not only energy policy but also trade and investment.

“provides the political foundation for the Energy Charter Process. The Charter is a concise expression of the principles that should underpin international energy cooperation, based on a shared interest in secure energy supply and sustainable economic development…. All Charter signatories are Observers to the Energy Charter Conference, and signing is a first and necessary step towards accession to the 1994 Energy Charter Treaty.”

establishes the Energy Charter Conference at which each Contracting Party has one representative. It also sets up a Secretariat.

April 1998: Amendment to the Trade Provisions of the Energy Charter Treaty:

brings trade provisions in line with the WTO rules.

May 2015: The International Energy Charter:

“is a declaration of political intention aiming at strengthening energy cooperation between the signatory states and which does not bear any legally binding obligation or financial commitment.”

Nathalie Bernasconi-Osterwalder is an international lawyer and Group Director, Economic Law and Policy, at the International Institute for Sustainable Development (IISD).

[1] The Energy Charter Treaty (Annex 1 to the Final Act of the European Energy Charter Conference), December 17, 1994. Retrieved from http://www.energycharter.org/fileadmin/DocumentsMedia/Legal/ECTC-en.pdf.

[12] Energy Charter Secretariat. (2015, May 20). 72 countries plus the EU, Euratom and ECOWAS adopt the International Energy Charter. Retrieved from http://www.energycharter.org/media/news/article/72-countries-plus-the-eu-euratom-and-ecowas-adopt-the-international-energy-charter/?tx_news_pi1%5Bcontroller%5D=News&tx_news_pi1%5Baction%5D=detail&cHash=6c41bf6940672cf5b390ced07fc5b0e5.