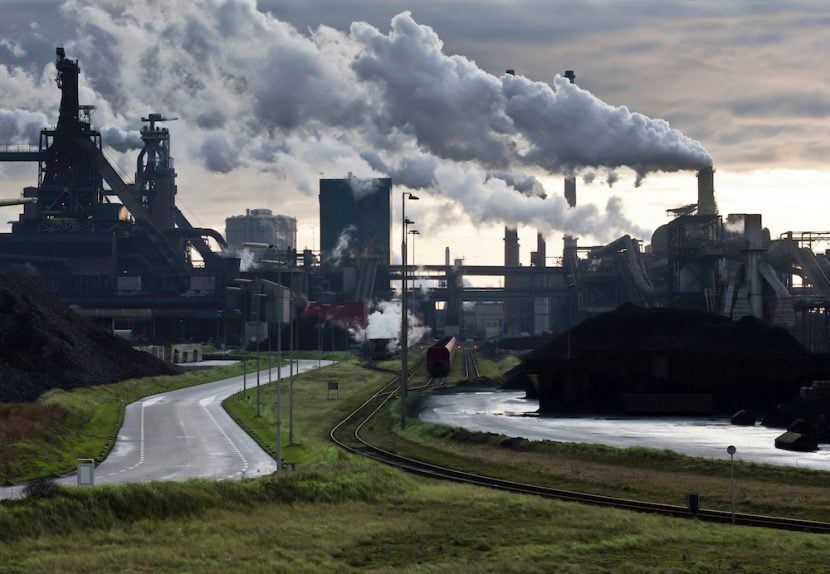 Climate change governance should inform global governance more broadly—including international trade and investment policy. One of the most important trade and investment agreements is the Trans-Atlantic Trade and Investment Partnership (TTIP)—currently under negotiation between the European Union and United States—given the role it will likely play in establishing rules for the global economy in the 21st century.

The current model that the TTIP is based on will increase carbon dioxide emissions and jeopardize the ability of Europe and the United States to put in place effective policies for mitigating climate change. Trade and investment treaties should be used to help achieve the broader climate change objectives of Europe and the United States, not hinder them.

This short brief outlines how the TTIP can increase emissions and restrict the ability of nations to adequately mitigate and adapt to climate change and offers a set of recommendations that would make EU-US trade policy more consistent with our climate change goals.

Given that the United States and Europe already enjoy a strong trade and investment relationship, the economic benefits of the treaty are projected to be relatively small. The most cited studies in the European debates are by Ecorys, the Centre for Economic Policy Research (CEPR) and Tufts University. The first two studies find that the treaty will boost GDP among the parties by less than one percent for the US and Europe, though the Tufts study finds that the impacts on GDP will be slightly negative in the EU.

Despite the small projected economic gains of the treaty, the Ecorys study projects that it will increase emissions by 11 million metric tons. The increase in emissions is just 0.07 percent from the baseline, smaller than the 0.47 increase in GDP projected by Ecorys. When multiplied by estimates of the social cost of carbon, carbon emissions would cost the European Union US$ 1.4 billion annually.[1]

This finding is consistent with the broader literature—according to a comprehensive assessment of the literature conducted by the World Trade Organization and the United Nations, most trade and investment agreements tend to increase carbon emissions.[2]  It should be noted that the Ecorys study is only a partial one because it does not look at the environmental impacts of many ‘non-tariff barriers,’ such as certain domestic subsidies. There has also been inadequate consideration of the potential impact of TTIP provisions that could limit the ability of governments to design and implement effective climate change policy. As we will see, it is the deregulatory aspect of the TTIP that poses the highest risk to climate change policy.

Regulatory Risks of the TTIP

The TTIP could jeopardize the ability of the EU and US to put in place the proper regulations to meet climate targets. The legal effects of the TTIP could take a variety of forms, including broad restrictions on regulatory authority under investor-state dispute settlement (ISDS) provisions, limits on carbon intensity standards, modifications of the US fossil fuel export regime, and restrictions on renewable energy programs.

a) Broad restraints on climate regulations under investment rules

The TTIP’s investment chapter will likely provide investors with certain broad rights, including “fair and equitable treatment” and compensation for regulations deemed to constitute acts of “indirect expropriation.”  These rights would be enforceable by private corporations, including fossil fuel companies, through a controversial process known as ISDS that could be used to challenge a wide range of government measures affecting climate change.[3] Similar rules under other treaties have been used to challenge environment-related measures, including a claim under the Energy Charter Treaty based on Germany’s regulation of a coal-fired power plant[4] and a pending challenge under NAFTA to Quebec’s moratorium on hydraulic fracturing or “fracking.”[5]

b) Limits on carbon-intensity standards

One of the European Union’s principal objectives in the TTIP negotiations is to secure “a legally binding commitment  . . . guaranteeing the free export of crude oil and gas resources [from the United States] by transforming any mandatory and non-automatic export licensing procedure into a process by which licenses for exports to the EU are granted automatically and expeditiously.”[9] Creating an “automatic” and “expeditious” process for US crude oil and gas exports could result in more GHG emissions than projected in quantitative analyses by promoting the production and consumption of these fuels.

Although natural gas is widely viewed as a lower-carbon alternative to other fossil fuels such as oil and coal, expanded exports of liquefied natural gas (LNG) could actually increase GHG emissions for several reasons.  Liquefying, transporting and re-gasifying natural gas is energy-intensive, causing exported LNG to be approximately 15 percent more carbon-intensive than natural gas that is used domestically. In addition, increased LNG exports will raise the price of natural gas in the United States, potentially resulting in the use of more coal to produce electricity.  Expanded LNG exports will also encourage increased fracking for the production of natural gas, which could cause increased accidental releases of natural gas, known as “fugitive methane emissions.”[10] Given that methane is a much more powerful greenhouse gas than CO2, “any climate benefits from increased natural gas use internationally could be dwarfed by accelerated warming caused by fugitive methane emissions.”[11]

At the Paris Summit and in the newly crafted Sustainable Development Goals (SDGs) at the United Nations, the world’s nations have pledged to “take urgent action to combat climate change and its impacts.”[14] The TTIP must not undermine this goal.

Both the EU and US have made strides in prioritizing climate change in other areas of global economic governance, but not in international trade and investment policy. The European Investment Bank and the European Bank for Reconstruction and Development—the EU’s multilateral development banks (MDBs)—significantly restrict the financing of fossil fuel intensive economic activity.  The United States also has executive orders that restrict the ability of the US to support the financing of coal projects through MDBs of which it is a member, and mandates that all projects be climate resilient.  Such an approach is urgently needed in the TTIP.

The negative economic and regulatory impacts of the TTIP on climate policy noted above are not inevitable. A bold approach could be put forth where the TTIP excludes climate mitigation measures from ISDS, protects renewable energy programs and carbon-intensity standards, and discourages the production and consumption of fossil fuels.

As first steps in striking a new economic relationship that enhances our climate change goals, the United States and the European Union should commit to three principles:

As the SDGs articulate, “climate change is a global challenge that does not respect national borders. Emissions anywhere affect people everywhere. It is an issue that requires solutions that need to be coordinated at the international level.”[15]  Trade and investment policy should not be an exception.

Matthew C. Porterfield is Deputy Director and an adjunct professor at the Georgetown University Law Center’s Harrison Institute for Public Law. Kevin P. Gallagher is Professor of Global Development Policy at Boston University’s Pardee School for Global Studies, where he co-directs the Global Economic Governance Initiative. The authors would like to acknowledge the Wallace Global Fund for providing the support that made this policy brief possible.

[1] EC Staff Working Document, Impact Assessment on the Future of EU-US Trade Relations (2013)(“EC Impact Assessment”) at 49, available at http://trade.ec.europa.eu/doclib/docs/2013/march/tradoc_150759.pdf. On the social cost of carbon (SCC), 11 million tons is multiplied by the average estimate in this comprehensive review of estimates J.C.J.M. van den Bergh and W.J.W. Botzen (2014), “A lower bound to the social cost of CO2 emissions,” Nature Climate Change 4, 253-258.

[9] See Council of the European Union, Note for the Attention of the Trade Policy Committee—Non-paper on a Chapter on Energy and Raw Materials in TTIP (27 May 2014), http://www.scribd.com/doc/233022558/EU-Energy-Non-paper.