The world of fresh water science (limnology), or indeed science more broadly, is often considered one of exclusivity. Disciplines that are difficult to understand, take years of work to enter, and are concerned with lofty pursuits that do not connect with everyday life.

This is an unfortunate assumption, because science is the study of everyone and everything. It explores systems, places, and beings that are part of everyone’s daily existence, and results in findings that can affect us all. It is for that reason that there has been a growing movement within the scientific and limnology community to engage interested citizens in scientific concepts, processes, and data collection.

This is what we call citizen science.

Citizen science is particularly necessary when studying expansive watersheds, because there are so many spots across the basin that need to be studied and sampled, not all of which can be reached on a regular basis by researchers themselves. Imagine, therefore, an army of representatives from the public, dotted across a basin, who have basic training in collection methods, and can contribute to a large dataset, from their backyard.

Here at IISD, we have been collaborating to champion citizen science for the past few years, particularly across the Lake Winnipeg watershed. For example, we have partnered with Canadian Geographic Education to engage with schools in Manitoba, Saskatchewan, and North Dakota, all of which contain parts of the Lake Winnipeg basin. These students explore land and water linkages by collecting aquatic and terrestrial data in spots that are close to them, and then send them away to be analyzed and interpreted by larger established citizen science programs. 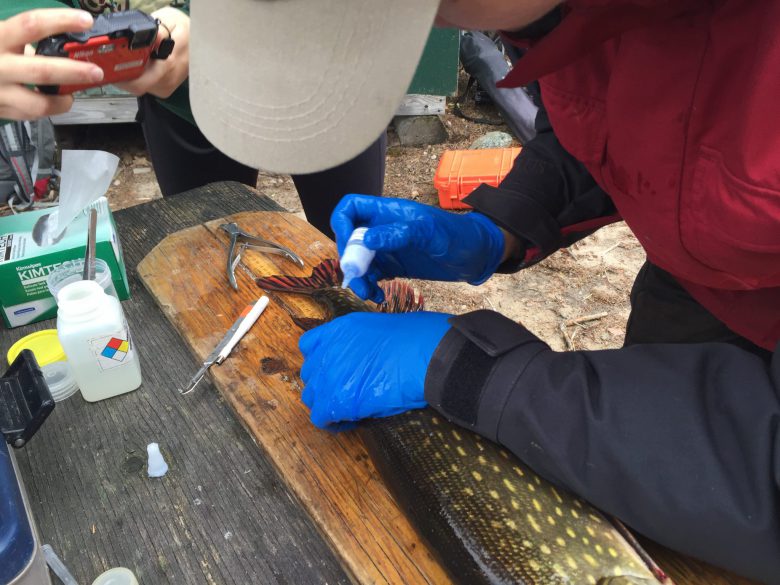 At IISD Experimental Lakes Area (IISD-ELA) we take a similarly hands-on approach, by inviting youth and representatives from local communities to visit the site, learn from our researchers and the unique science that we conduct there, and then return to their communities armed with their new skillsets.

Last June, for example, we invited youth from Eagle Lake First Nation and Naotkamegwanning First Nation to participate in a four-day interactive field course out at IISD-ELA. In addition to speaking to the scientists, and visiting the lakes, the young people got to learn vital skills that they could then take back home to their local communities and implement.

“It was a really awesome experience,” says Devon Pitchense, one of the youth participants from Eagle Lake First Nation. “We learned so many useful skills, such a kicknetting and different methods of lake sampling that, in addition to being fun, I will be able to use back in my community. I also feel as though I could take the skills that I have learned, such as kicknetting, and teach them to other people in my community, so they could do them too.”

And it seems as though Eagle Lake First Nation will soon be putting their newly honed citizen science skills to the test. They will soon be embarking, in partnership with IISD Experimental Lakes Area, on a project that will see them testing the levels of mercury in their lake.

“Relatively little is currently known about the levels of mercury in Eagle Lake,” says Jordan Gardner, Lands & Resource Coordinator, Eagle Lake First Nations. “We don’t know how much our fish or the water itself has been polluted by mercury, and so we are setting off to explore what the makeup of the lake is like, using the citizen science skills we developed at IISD Experimental Lakes Area.”

And this is what citizen science is for. Empowering everyday citizens to learn more about their surroundings, and giving them the tools to explore it themselves—moving us further and further away from the idea that science is only for scientists, and limnology can only be carried out by limnologists.