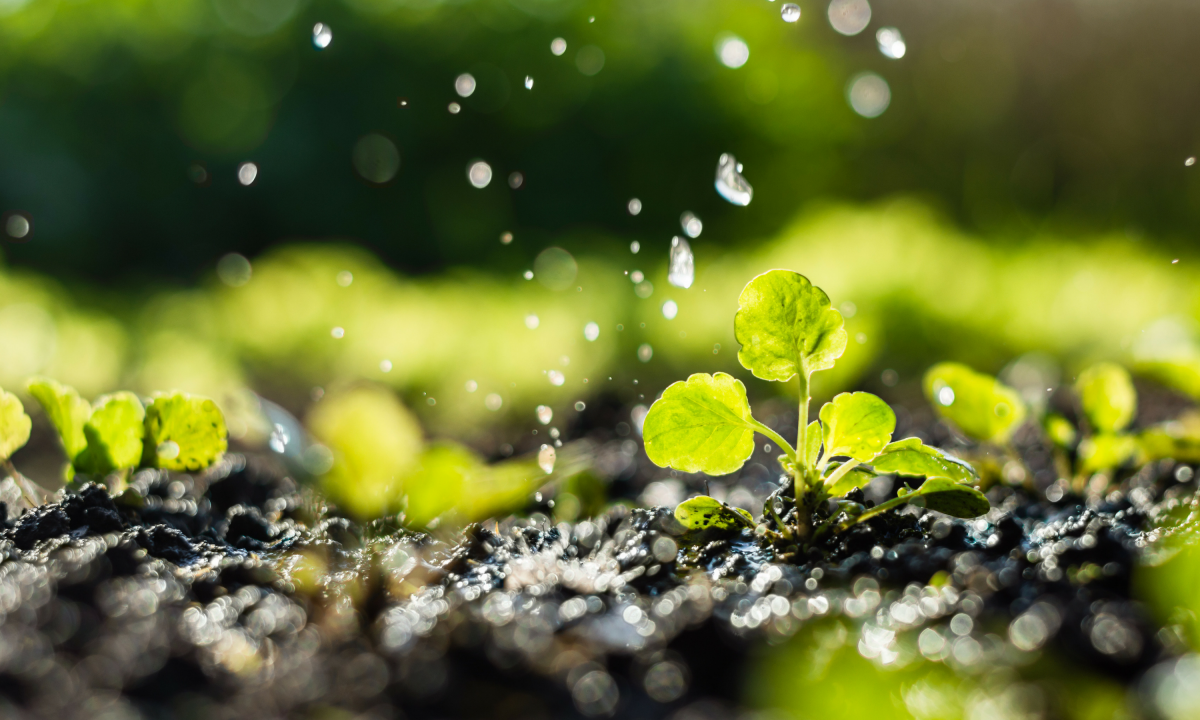 A focus on irrigation infrastructure

SAGCOT aims to strengthen Tanzania’s agriculture sector. It foresees a total expansion of 350,000 hectares of agriculture land to increase production and processing of agricultural goods. 51,800 hectares of this expansion is foreseen in the Kilombero basin. Given this level of expansion, SAGCOT will create job opportunities and growth in agriculture production. It provides an important opportunity for improving farmers’ livelihoods. On the other hand, it will increase pressure on natural resources, in particular on the water resources needed for irrigation.

Valuation of the use of water.

Valuation of the additional revenues and costs related to the additional irrigated land. The use of drip irrigation saves water, which in turn allows for a larger area of land to be irrigated. While this boosts revenue and employment, it also requires additional capital investment and operating and maintenance costs.

The analysis is organized under three scenarios. The simulation demonstrates that the net benefits have a direct correlation with the cost of technology. The higher the capital costs, the lower the net benefit realized. As a result, Scenario 3 brings the most net benefits.

The net benefits include the correction for the externalities described earlier: water use, additional irrigated land and the social cost of carbon.

1. The SAGCOT Reference Scenario (SAGCOT flood): The implementation of SAGCOT with the use of flood irrigation, with the capital cost of the technology estimated at USD 81.50 per hectare.

2. The SAGCOT Green Economy Scenario (SAGCOT drip, high capex): The implementation of SAGCOT with the use of drip irrigation, with the capital cost of the technology estimated at USD 3,000 per hectare.

3. The SAGCOT Green Economy Scenario (SAGCOT drip, low capex) with the use of drip irrigation, with the capital cost of the technology estimated at USD 1,500 per hectare.

estimates that the use of drip irrigation will generate water savings that will allow a larger area of land to be irrigated for agriculture production. That will lead to further job creation and increased revenues for the local population. It will also decrease pressure on water resources, especially in the dry season.

* This cost will only be avoided if the energy used to provide water to the additional “unlocked” land will be renewable-based.

The SAVi integrated CBA further demonstrates that only in the case of a low CAPEX scenario would the net benefits of the use of drip irrigation outweigh those of flood irrigation.

SAVi simulation on the financial performance of SAGCOT

The internal rate of return (IRR) and net present value (NPV) indicate the financial viability of the project. In other words, they calculate whether the project can pay back investors and still generate a sufficient return. Flood irrigation generates a positive IRR of 6.20 . Both drip irrigation scenarios, when corrected for the value of the externalities, generate a positive IRR as well. In the low case, the IRR is 13.42 per cent, significantly higher than the flood irrigation scenario.

The debt service coverage ratio (DSCR) and the loan life coverage ratio () indicate the financial health of the project. These credit ratios are particularly of interest for lenders as they calculate how easily the cash flows can service the outstanding debt in each period. These minimum ratios do not reach the so-called lockup ratio, which is 1.15x for DSCR and 1.10x for .

Flood irrigation maintains a sufficient level of DSCR and LLCR during the life of the loan with 1.18x and 1.19x. In scenarios 2 and 3 the credit ratios of both the high and low capex versions outperform the flood irrigation scenario, e.g., minimum DSCR 1.22x and 2.33x respectively.

Of course, the inclusion of the value of externalities does not make the cash flows less or more robust in reality. The purpose of this exercise is to demonstrate that, when taking a high-level macro perspective, sustainability can have a positive impact on the financial health of public infrastructure investments.

By 2030 the implementation of SAGCOT with drip irrigation is estimated to provide 8 more employment and 8 more agriculture production and use 14 less water compared to flood irrigation.

results: Projections on water use, employment and agriculture production

* Irrespective of a higher or lower for drip irrigation, the water use, employment agriculture production remain the same.

Access the report or brochure of this assessment online to learn more.