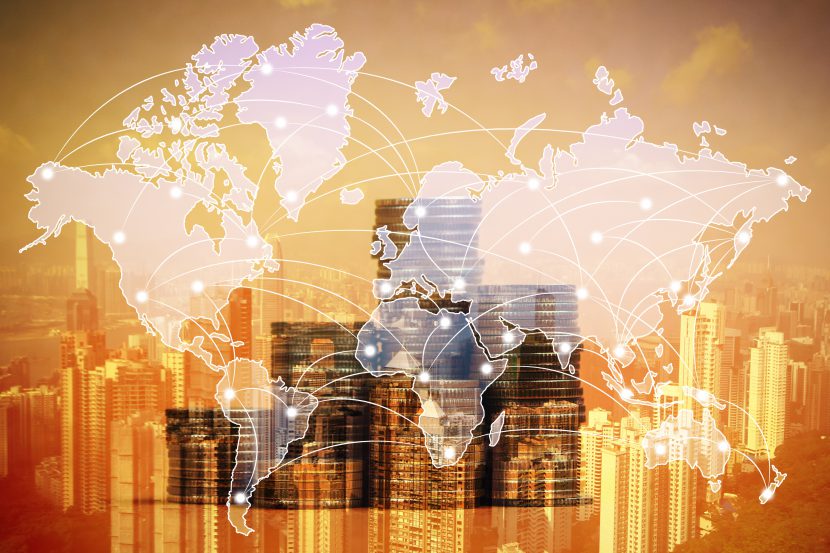 In July 2021, world leaders reached a deal to make multinational companies pay more tax, after several years of negotiation. They agreed to introduce an overall global minimum corporate tax rate of at least 15% with the aim of preventing tax competition. The political agreement was reached among the 130 of the 139 countries involved in the OECD/G20 Inclusive Framework,[1] after the G7 gave the deal momentum in June. [2] Countries of the G20 further backed the agreement during the following meeting of their finance ministers.[3]

If adopted, a global minimum tax will apply to all sectors of the economy. Countries will have to repeal tax incentives in domestic law and investment agreements in order to bring the effective tax rate in line with the global tax rate. While tax incentives in the law can be undone unilaterally, by amendment of the legislation, some are subject to stabilization provisions in law or contracts which may prevent the full implementation of a global minimum tax.

This briefing investigates the impact of a global minimum tax on the use of tax incentives in developing countries, and what transitional arrangements are needed to protect countries from a transfer of tax revenue. It reflects the authors’ experience in the extractive industries, but applies to other types of investments in large-scale, capital intensive projects in developing countries, such as energy and transport infrastructure.

How a global minimum tax would affect tax incentives:

A global minimum tax aims to reduce tax competition and profit shifting in all economic sectors. It does this through rules that, if adopted, would ensure all global profits of multinational enterprises are taxed at least at a minimum Effective Tax Rate (ETR).

Under the current proposal, a global minimum tax would apply to multinational companies with gross revenues above 750 million euros. The ETR is calculated annually on a country-by-country basis. It is the total taxes on corporate profits paid to government authorities, or “cash tax” (the numerator), as a proportion of the tax base, which is based on accounting profits (the denominator) expressed as a fraction (see the equation below).

In each income year, if a subsidiary’s ETR is below the minimum globally agreed rate, its parent company must pay a ‘top-up tax’ on its proportionate share of the income of the low-taxed subsidiary, to the country where it is located (usually referred to as the home or residence country). Under certain circumstances, the liability for the top-up tax shifts to one or more other members of the multinational group. As a result, the primary beneficiaries of a global minimum tax would be capital exporting countries, where multinational companies are typically headquartered, who are given first priority to tax undertaxed profits. The proposal includes three other rules, two of which could benefit developing countries, but they are unlikely to generate substantial revenue. [4]

Practically, what would this mean for a corporation located in three jurisdictions, with subsidiary 1 in Country A, subsidiary 2 in Country B, and the parent company in Country C? In all three jurisdictions, the corporation pays taxes according to each country’s tax rules. However, if subsidiaries 1 and 2 do not pay tax at the level of the global minimum rate, then the top-up tax, the difference between the ETR and the global minimum rate, is collected by Country C under the income inclusion rule.

Once the reform is enacted, any subsidiary of a multinational company will therefore be expected to pay a corporate income tax of at least the minimum tax rate – 15%, according to the OECD/G20 Inclusive Framework agreement. In principle, this should be easy to reach, as most developing countries have much higher statutory corporate tax rates, ranging from 20 to 40%. However, companies may pay less than the minimum tax rate when they benefit from tax incentives. There are two categories of tax incentives that developing countries often grant to foreign investors.

The first one is incentives that create temporary, or timing differences between companies’ financial statements, which declare profits according to international accounting standards (“accounting profits”), and their taxable income, calculated based on domestic tax rules – e.g., accelerated depreciation of capital assets. These incentives do not reduce the total amount of taxes owed; they merely postpone them. They tend to be efficient in attracting investment: they lower the cost of capital and so make less profitable investments viable. The Inclusive Framework is committed to finding a workable solution to prevent these types of incentives from triggering a top-up tax, although the details are yet to be determined – see IGF-ATAF report.[5]

The second category of tax incentives plainly reduce or eliminate taxes paid on profits, often for a set period of time – e.g., tax holidays, preferential tax rates, tax credits, investment allowances, or income exemptions.[6] These incentives are considered less efficient than the first category of tax incentives and more likely to result in profit shifting.[7] They are the types of incentives targeted by the reform. The minimum tax will make many of them ineffective because any multinational company that benefits from an incentive such that its tax rate is less than the minimum rate will simply have to pay the balance to a foreign jurisdiction (often the residence country of the company that receives the incentive). The example below shows the impact of a ten-year tax holiday under the global minimum tax.

The global minimum tax will only affect taxes calculated on the profit of multinational companies. This would include corporate income taxes, withholding taxes on cross-border payments of dividends or interests, and any profit-based levy such as a profit-based mineral royalty or tax on economic rent. It will have no impact on taxes and charges not based on corporate income such as VAT, custom duties, payroll taxes, revenue-based taxes such as mineral royalties, production sharing arrangements, and no impact on any incentives granted by governments on these revenue streams. This prompts the question whether countries will compete for investment by lowering these types of taxes in the future. It would be advisable not to, especially considering that these taxes are more reliable, and easier to collect than taxes on income.

How should developing countries amend their tax incentives regimes to benefit rather than lose from the global minimum tax?

Second, source countries should remove from their tax codes and investment laws all tax incentives from the second category described in section 2 that reduce or eliminate taxes paid on profits. Not only have these types of incentives been shown to have limited effectiveness at attracting investment in developing countries,[10] but with a global minimum tax they would not even reach their intended objective, only leading to a transfer of tax from source states to the residence states of multinational companies.

An alternative would be for countries to introduce a domestic minimum tax, either on gross revenues or modified profits, to ensure that no company pays less than the new global minimum rate in their jurisdiction. Domestic minimum taxes are increasingly common, with one IMF study finding that in 2018, 52 countries levied this type of tax.[11] Rather than relying on corporate income tax to achieve the global minimum rate, countries would apply a minimum tax on gross revenue instead, or in addition to the corporate tax rate. This option would likely be easier for developing countries to design and legislate than to wind down each tax incentive in law and contracts.

What can developing countries do if some tax incentives are locked in stabilization clauses under investment agreements or laws?

In most cases, tax incentives are found in investment and tax laws and can be lawfully unwound or phased out unilaterally by governments. However, many developing countries have entered into modified tax agreements for large investment projects, either through special provisions in the applicable domestic law, or in investment contracts with foreign investors. They are particularly common in the extractive industries.[12] These agreements often contain tax incentives that are locked in by fiscal stabilisation clauses. While stabilisation provisions vary, they typically freeze the fiscal terms in the law or contract at the time a project begins so that changes in tax law may not be applicable to existing investment projects, at least for a defined period of time.

To align with the new global minimum tax, countries will need to amend such laws and renegotiate contracts, whether stabilized or not. Otherwise, these tax incentives may create an untaxed income and a potential transfer of tax to the residence countries of foreign investors. Where the incentives are subject to a stabilization agreement, countries that choose to address this challenge unilaterally could end up in arbitration with companies, which is costly and uncertain.

Some bilateral investment treaties include provisions that analogize Fair and Equitable Treatment (FET) to stabilisation clauses. These could be interpreted by some arbitral tribunals as requiring the stability of the legal framework and therefore potentially broaden the number of tax incentives that cannot be changed unilaterally by host governments. Countries may also need to review their treaties for overly broad FET clauses.

Countries must call on the Inclusive Framework to find a global solution. If not, the outcome will be politically unsustainable for governments and put at risk investors’ social license to operate.

The solution should address the following objectives:

Rather than paying the tax elsewhere, it is likely that most companies will be open to addressing this issue with their host state. Therefore, companies should state their support for a limited revision of stabilized provisions to take into account the new global minimum tax and lay the conditions under which they will not challenge a government that revises stabilized tax holidays to bring them up to the minimum ETR.

Depending on its final design, a global minimum tax could serve to reduce profit shifting across all sectors. It may also provide protection against the pressure felt by many developing country governments to offer tax breaks and incentives to investors, which can deprive governments of much-needed fiscal revenue. However, for this to work, developing countries need support from the international community to unwind tax incentives that are subject to fiscal stabilization in laws, treaties, and contracts. Otherwise, countries stand to lose twice: first, by forgoing taxes from the incentive, and second, by losing tax to developed countries. The Inclusive Framework should resolve this issue as a matter of priority.

Alexandra Readhead is the Lead, Tax and Extractives with IISD’s Economic Law and Policy Program. She leads the IGF Secretariat’s work on tax base erosion and profit shifting (BEPS) in mining.

Thomas Lassourd is a Senior Policy Advisor with IISD’s Economic Law and Policy Program, working on the IGF Secretariat’s project to address tax base erosion and profit shifting (BEPS) in mining.

Howard Mann is consultant working on the IGF BEPS in Mining Program and is the former Senior International Law Advisor at the International Institute for Sustainable Development.

[7] Platform on Tax Collaboration, 2015, ‘Options for low-income countries’ effective and efficient use of tax incentives for investment: A report to the G-20 Development Working Group by the IMF, OECD, UN and World Bank,’ 20. https://www.imf.org/external/np/g20/pdf/101515.pdf

[13] This would be similar to legitimate anti-avoidance measure, accepted by the OECD’s Guiding Principles for Durable Extractive Contracts.