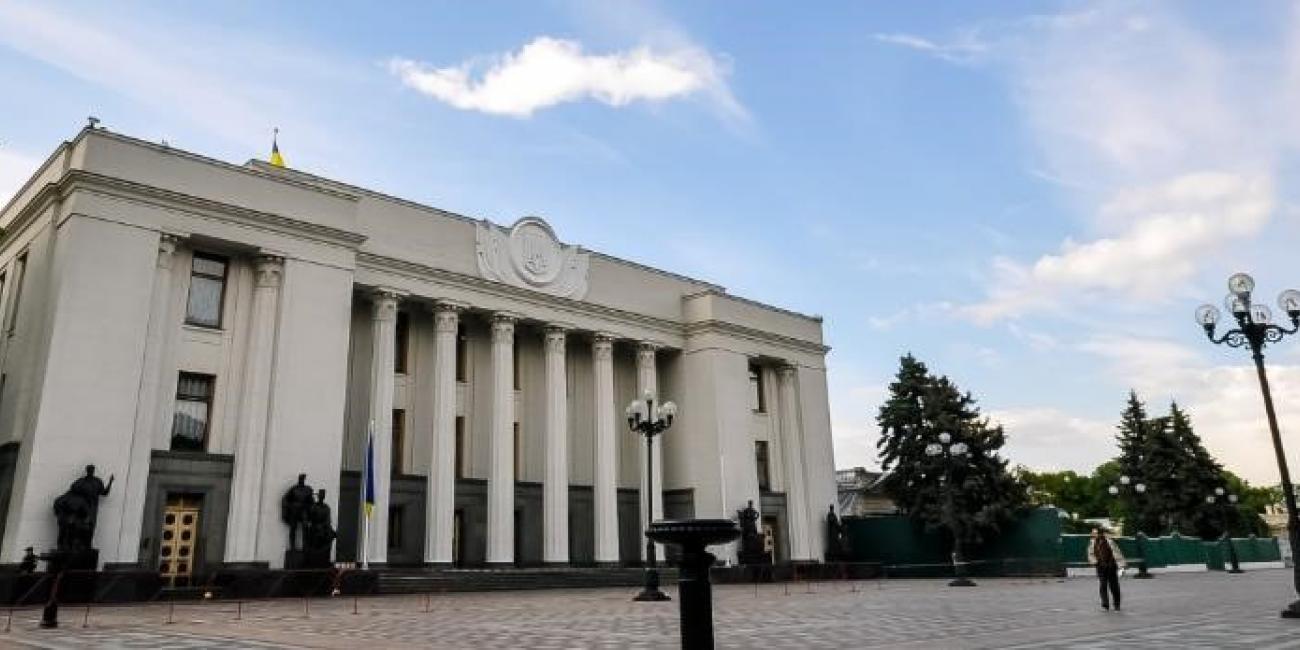 The roundtable on the theme of “Energy subsidies in Ukraine and progress of reform” was jointly held by the Committee on Fuel and the Energy Complex, Nuclear Policy and Nuclear Safety of the Parliament of Ukraine and the Organisation for Economic Co-operation and Development (OECD) in Kyiv on April 25, 2016. This was the second in the series of events linked to the OECD-led project “Inventory of Energy Subsidies in the EU’s Eastern Partnership Countries", supported by the IISD Global Subsidies Initiative (IISD-GSI) and consultants in Armenia, Azerbaijan, Belarus, Georgia and Ukraine. A draft report on "Energy subsidies in Ukraine" (available in English and Ukranian) was prepared by IISD-GSI to inform the discussion.

The meeting marked Ukraine’s first high-level public discussion on measurement of energy subsidies and their reform, with a comprehensive agenda (see below with hyperlinks to presentations where available). The event was broadcast live and video-recorded on the Parliament’s television channel.

In their opening statements, both Oleksandr Dombrovsky, Head of the Committee on Fuel and the Energy Complex, and Hennadiy Zubko, Vice Prime Minister, highlighted the importance of ongoing reforms in the energy sector and the lack of investments into energy efficiency measures compared to fossil fuel subsidies. 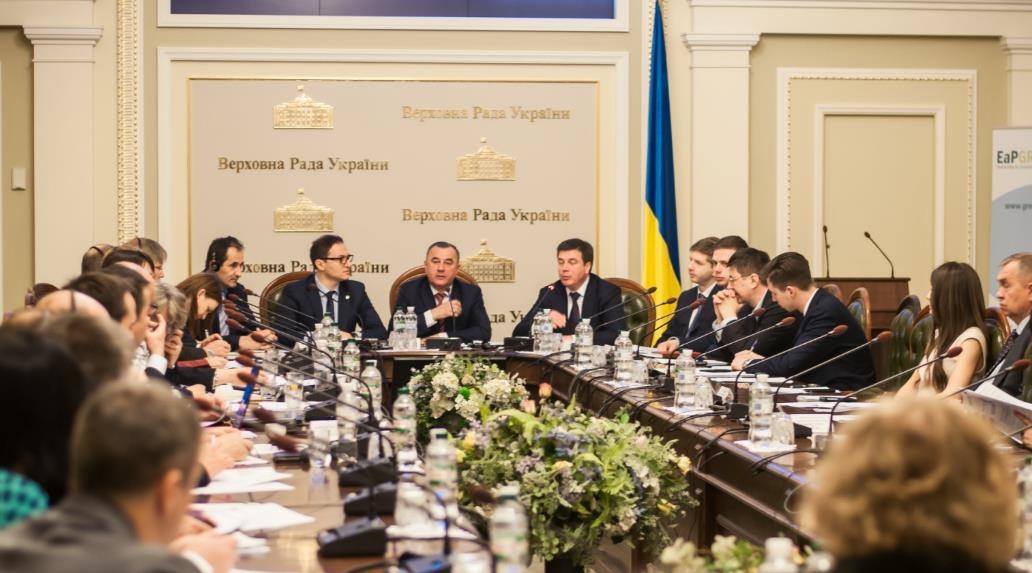 Janez Kopacz, Director of the Energy Community Secretariat, said that “sometimes subsidies are needed to stimulate positive developments, but this is a very powerful weapon with which you have to be very careful. In Ukraine, subsidies are used not carefully; they stimulate consumption of electricity and subsidize the wealthiest groups of the population”.

Jürgen Keinhorst, Co-Chair of the OECD EaP Task Force, stated that among the EU’s other Eastern Partnership (EAP) countries, Ukraine stands out for its large subsidies—but also for its intensive programme of subsidy reform over the last couple of years.

Dmytro Vovk, Chairman of the National Commission for State Regulation of Energy and Public Utilities (NCSREPU), briefed participants on the role the Commission is playing to support energy subsidy reform. Mr Vovk emphasised that a lot of attention is put on transparency, the structure of tariffs and typical consumption volumes by different groups of consumers; information which is published on the NCSRPU website.

Nelly Petkova, Project Manager at the OECD, stressed that subsidy reform is an important component of Ukraine’s broader energy sector reforms and explained the objectives of the Inventory of Energy Subsidies in the EU’s Eastern Partnership Countries and the roundtable. Ronald Steenblik, Senior Counsellor, Fossil-Fuel Subsidy Reform at OECD, noted that the OECD’s efforts are concentrated on improving transparency through its detailed database on fossil-fuel support measures, analysing the effects of fossil fuels and their reform, providing lessons learned from past reform efforts, and conducting and participating in peer reviews of national fossil-fuel subsidies. He also presented key findings from the OECD Inventory and associated implications for policy makers.

Ivetta Gerasimchuk, Senior Researcher at the IISD, provided a brief overview of major energy subsidies in the countries of the EU's Eastern Partnership (EaP). She stated that in many countries fossil fuels are still receiving more subsidies than renewable energy and energy efficiency; and this is especially the case in the region. All of the EaP countries apply similar types of subsidy policies (direct state support, tax benefits, induced transfers, etc.) to fossil fuels. Ukraine and Azerbaijan, however, stand out as having the largest subsidies both in absolute and relative forms (i.e. as a share of GDP).

Iuliia Ogarenko, an expert who contributed to the OECD’s Inventory of Energy Subsidies in the EU’s EaP countries, presented results of a detailed assessment of energy subsidies in Ukraine and explained the methodological approach. A summary of the draft report is now available (in English and Ukrainian), while the full and revised version will be published together with findings on other project countries later in 2016 or early 2017. Ogarenko concluded that subsidies in the coal and gas sectors are gradually decreasing while subsidies in the electricity sector are more or less at the same level over the last five years. She emphasized that support to vulnerable groups is a critical component of successful subsidy reforms, but it should be provided in the most efficient way possible (for example, with proper means-testing and 100 per cent metering). State support of energy efficiency measures in the housing sector should also help to ease the burden of increased tariffs for low-income households. 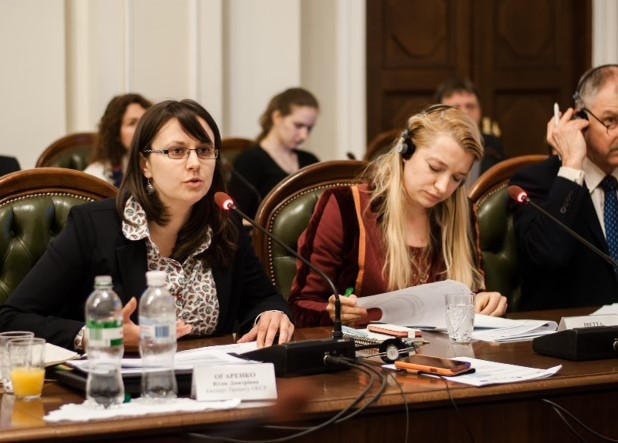 Oleksandr Svetelik, Deputy Minister of Energy and Coal Industry, informed participants of the roundtable about the development of new energy strategy by 2035, which should be based on market principles and should ensure that interests of consumers are taken into an account.

Sergiy Konovets, Deputy Chairman of the Board of the NJSC “Naftogaz”, shared an analysis comparing costs of gas for households (imported and domestically produced) to actual payments of consumers. He emphasized that households paid about 11 per cent of the market gas price over the period of 2006-2015, while the difference (USD 54 billion) was compensated though direct transfers from the budget and recapitalization of Naftogaz.

Vitaliy Muzychenko, Director of the State Social Assistance Department, Ministry for Social Policy, presented the main results and challenges of the state programme on targeted subsidies to low-income households. He said that almost 5 billion households received subsidies for utilities payments (about 36 per cent of households) but that the number of subsidy recipients varies considerably across the regions (for example, depending on the income and fuel mix). The average value of subsidies per month per household was UAH 2,000–2,500 (US$ 75-94) during the period when indoor heating is used, and UAH 100-150 (US$ 4-6) when it is not. The existing subsidy support programme could help to mitigate the effects of a sharp price increase in the short term (1-3 years) but in the longer run the Ministry hopes to decrease the number of subsidy recipients though increases of their income. He concluded that the Ministry is currently working on amendments to improve procedures and efficiency of the programme.

Eugene Cherviachenko, Advisor to the Minister for Regional Development, Construction, Housing and Utility Services, informed participants of a working group established to develop legislation for the Energy Efficiency Fund (EEF), as well as to analyse possible options for the so called “monetization of subsidies” (providing targeted support through cash transfers to eligible recipients).  He explained that monetization of subsidies is needed not only for consumers but also for producers of heat because currently there are a lot of problems with payments procedures (lack of liquidity in companies) within the system itself.

Agenda of the roundtable “Energy Subsidies in Ukraine and the Progress of Reform”, 25 April 2016, Kyiv

Organised by: Committee on Fuel and the Energy Complex, Nuclear Policy and Nuclear Safety of the Parliament of Ukraine, and Organisation for Economic Co-operation and Development (OECD)

Moderator: Mr. Oleksii Ryabchyn, Head of the Subcommittee on Energy Saving and Energy Efficiency of the Committee on Fuel and Energy Complex, Nuclear Policy and Nuclear Safety

Session 3: Plenary discussion. Energy subsidies reform in Ukraine: What needs to be done and what can realistically be done?

[1] Brief information about the Project

In order to help governments in the EU’s Eastern Partnership (EaP) countries develop a better understanding of existing energy-subsidy schemes and their economic, social and environmental impacts, the OECD has launched a regional study of such subsidies in the EaP countries. The study aims to provide the first comprehensive and consistent record of energy subsidies in the region, with a view to improving transparency and establishing a solid analytical basis that can help build the case for reforms in these countries.
This study includes Ukraine, along with Armenia, Azerbaijan, Belarus, Georgia, and Moldova. The analysis covers subsidies to consumers and producers of coal, natural gas and electricity, and heat generated on the basis of these fossil fuels. It looks also at the subsidies benefitting renewable energy sources. This analysis makes use of the method the OECD has already been using for identifying and quantifying government support to fossil-fuel consumption and production in the Organisation's 34 member countries and a number of large emerging G20 economies (Brazil, China, India, Indonesia, the Russian Federation, and South Africa).

The EaP study is being prepared within the framework of the “Greening Economies in the Eastern Neighbourhood” (EaP GREEN) Project, supported by the European Union and coordinated with governments of the EaP countries. The research for this analysis has been undertaken by the Global Subsidies Initiative (GSI) of the International Institute for Sustainable Development (IISD) and is overseen by the OECD.