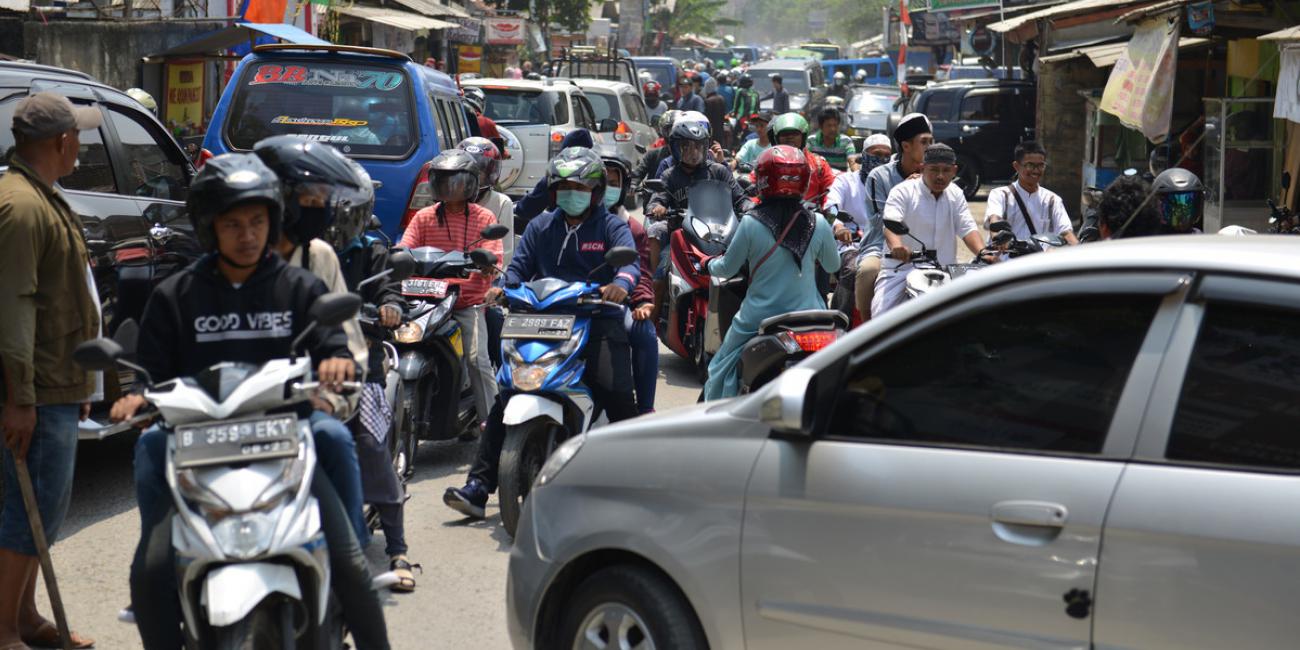 The combined effects of the COVID-19 pandemic and a drastic drop in global energy prices (mostly for oil, but also natural gas and coal) have hit Indonesia’s fossil fuel-based energy sector hard. While the country has been rolling out stimulus packages, most of these funds have been driven toward public health and social safety nets; its energy sector, meanwhile, is receiving tax incentives.

But as the weeks roll on, it’s becoming clear that Indonesia—as with most other nations—has a window of opportunity to more strategically craft its stimulus plans, especially in a way that uses these funds to support a transition away from fossil fuels toward a more sustainable society powered by renewables. So, will its leaders step up and act on this?

Blowing Hot and Cold at the Same Time

In response to the worldwide crude oil price slump, so far both the Government of Indonesia and PT Pertamina (Oil & Gas SOE) show no sign of lowering the retail fuel price. Although this move seems unconventional and has raised a lot of controversy domestically, it may be a way to avoid PT Pertamina’s finances being too badly hit. PT Pertamina recently announced that they have contributed Rp 181 trillion (USD 12.7 billion) to the state budget in the form of tax payments and dividends, as a result of their 2019 revenue. Keeping a steady revenue stream, in part by maintaining the retail fuel price,  could contribute to the state budget, helping to fund the various stimulus packages that are urgently needed right now. This strategy is not without its downsides, such as making it harder for Pertamina to increase prices in the future, since it would most likely provoke questions from the public.

In addition, in response to the struggles of its gas and coal sectors due to low demand and declining exports, Indonesia has already included them among its business sectors eligible to receive various fiscal incentives through stimulus packages Volumes I–III. As some have pointed out, this support goes directly against the government’s own regulations that aim to decrease the nation’s dependence on fossil fuels, mostly coal. This will only further lock Indonesia into a high-carbon future.

Considering that the fossil fuel sector still contributes considerably to the state’s income, as well that the energy sector is still dominated by coal power, Indonesia’s leaders will inevitably feel compelled to secure the economy by funnelling support to these industries. But the reality is, now more than ever is the moment for Indonesia to step up and start planning for a just transition to a more sustainable future in a way that will support its people’s health, create work opportunities, consider the needs of the poor and vulnerable, and build long-term economic and environmental stability.

Where to Look for Guidance?

When it comes to designing effective and sustainable stimulus packages, Indonesia’s leaders could pay attention to South Korea’s example, which was drawn up during the global financial crisis of 2008–2009: it included big investments in energy efficiency, nature conservation, clean energy options, and upgrades to public transportation.

How Can Indonesia Strengthen Its Renewable Energy Sector?

As identified in the report Achieving Low Solar Energy Price in Indonesia: Lessons Learned from the Gulf Cooperation Council [GCC] Region and India, some of the key differences that enabled India and the GCC region to significantly expand their solar energy industries are clear and supportive policies, a stable investment climate, and lower perceived risk in investment.

One reason for the low level of risk associated with renewable energy projects in India is that there are already many large-scale projects being carried out successfully. Investors and other stakeholders already have a good understanding of how a project works. Policies to create a stable investment climate can attract both domestic and foreign institutional investors and reduce the cost of financing, which will eventually translate into lower project costs. Incentives for the renewable energy industry can also be in the form of de-risking policies, such as India’s Solar Park policy, which removes the costs and risks associated with land acquisition—this, in Indonesia’s case, plays quite a large role in driving up project costs.

The new MEMR Regulation No 4/2020 is expected to overcome several regulatory obstacles related to renewable energy power plants. One of the most important changes addressed in this new regulation is the abolishment of the Build Own Operate Transfer (BOOT) scheme for all types of renewable energy power plants. This can be seen as a positive development, since  independent power producers may now own all project assets and do not have to transfer them to PLN at the end of the project, helping alleviate the bankability concern surrounding most renewable energy projects. Although there are some positive developments from this revision, it still has not addressed the major roadblock in attracting investors’ appetite, which is the electricity buy-in tariff, as the new regulation still uses basic electricity generation cost (Biaya Pokok Pembangkitan/BPP) as the benchmark for determining the price at which renewables can sell their electricity to the grid.

Indonesia has a target to meet 23% of its total energy demand from renewables and new energy sources by 2023. By the first quarter of 2019, only 8.6% of this percentage had been achieved. We cannot deny the complexity and the severe economic impacts of the COVID-19 crisis, but there is an opportunity to look beyond it and use the recovery phase and stimulus measures to support this 23% target and create jobs and growth in the renewables sector while transitioning toward a low-carbon future.