Global Climate Divest-Invest Summit: How to finance a just, inclusive and renewable future 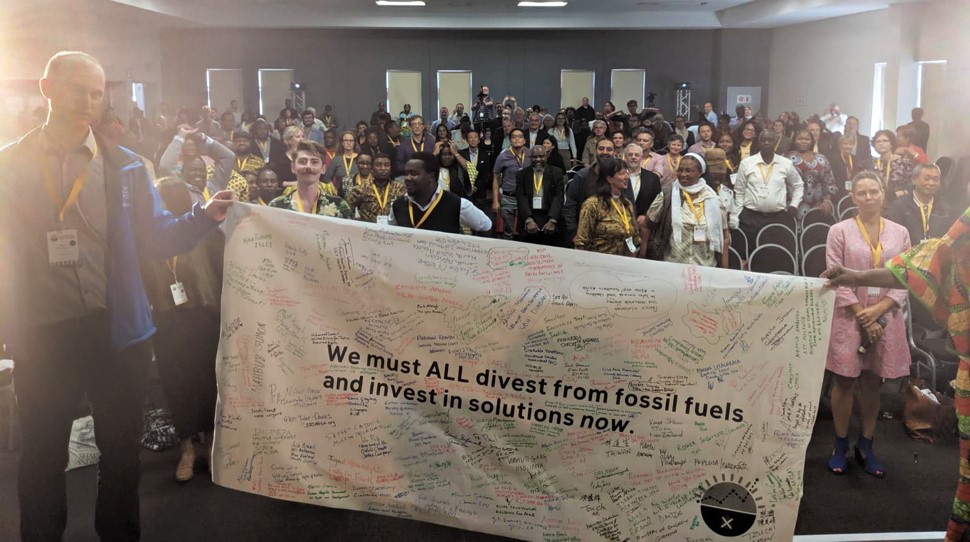 Our Associate and Senior Energy Specialist Vibhuti Garg was one of the speakers representing the Global Subsidies Initiative at the Global Climate DivestInvest Summit in Cape Town.

The Global Climate Divest-Invest Summit was held on Sept. 10 and 11 in Cape Town, South Africa, where over 300 leaders from 44 countries came together with the goal of hastening the pace of reforms and investment in renewable energy in order to keep the rise in global temperatures below 2°C. The event convened representatives from faith-based institutions, governments, NGOs, foundations, academia, environmental and human rights advocacy groups, social impact investing organizations, the health care sector, social enterprises and other values-driven institutions.

The Summit started with an announcement of good news—the achievement of USD 11 trillion in divestment from fossil fuels. There was consensus that this is only the beginning, and far greater—and wide-reaching—results can be achieved through collective action.

DeCOALonize quickly became the buzz word of the event.

The Summit brought forward many testimonials, including an inspirational story about a small, community-based organization that brought together individuals of all religions, nationalities and skill sets to grow a national decarbonization movement.

Vibhuti Garg from the International Institute for Sustainable Development presented on fossil fuel subsidies and how they are one of the key tools that governments use to influence energy prices, and through them investment decisions and consumer behaviour. She spoke about India’s energy transition, explaining how the country is making major progress in transforming its energy sector. She also mentioned how South Africa could learn from this and perhaps follow a similar path.

Inefficient and wasteful subsidies of fossil fuels in India are being reduced; support for renewable energy is increasing, and the electricity grid is expanding rapidly. Value of quantified energy subsidies declined from USD 35.7 billion in FY2014 to USD 23 billion in FY2017.

Mohamed Adow, senior climate change advisor for Christian Aid, emphasized the need for international capital and technology to flow from north to south in order to accelerate the pace of energy transition and adoption of clean energy technologies in these countries.

The Summit released the Cape Town Declaration, drawing a red line under so-called “engagement-based” approaches calling investors to shift their capital away from coal.

“Time is ticking and we need to move from talk to action. South Africa should transition away from coal and build more renewable energy now.” concludes Vibhuti Garg.