On May 11, 2021 the Chair of the WTO negotiations on fisheries subsidies released a new draft text for the agreement. With the negotiations set to be concluded at a Ministerial meeting on July 15, 2021, this crucial text sets out areas of agreement and issues still to be resolved. In this commentary, IISD expert Alice Tipping explains how the text attempts to strike a balance on key questions in the design of new rules for support to fishing around the world. 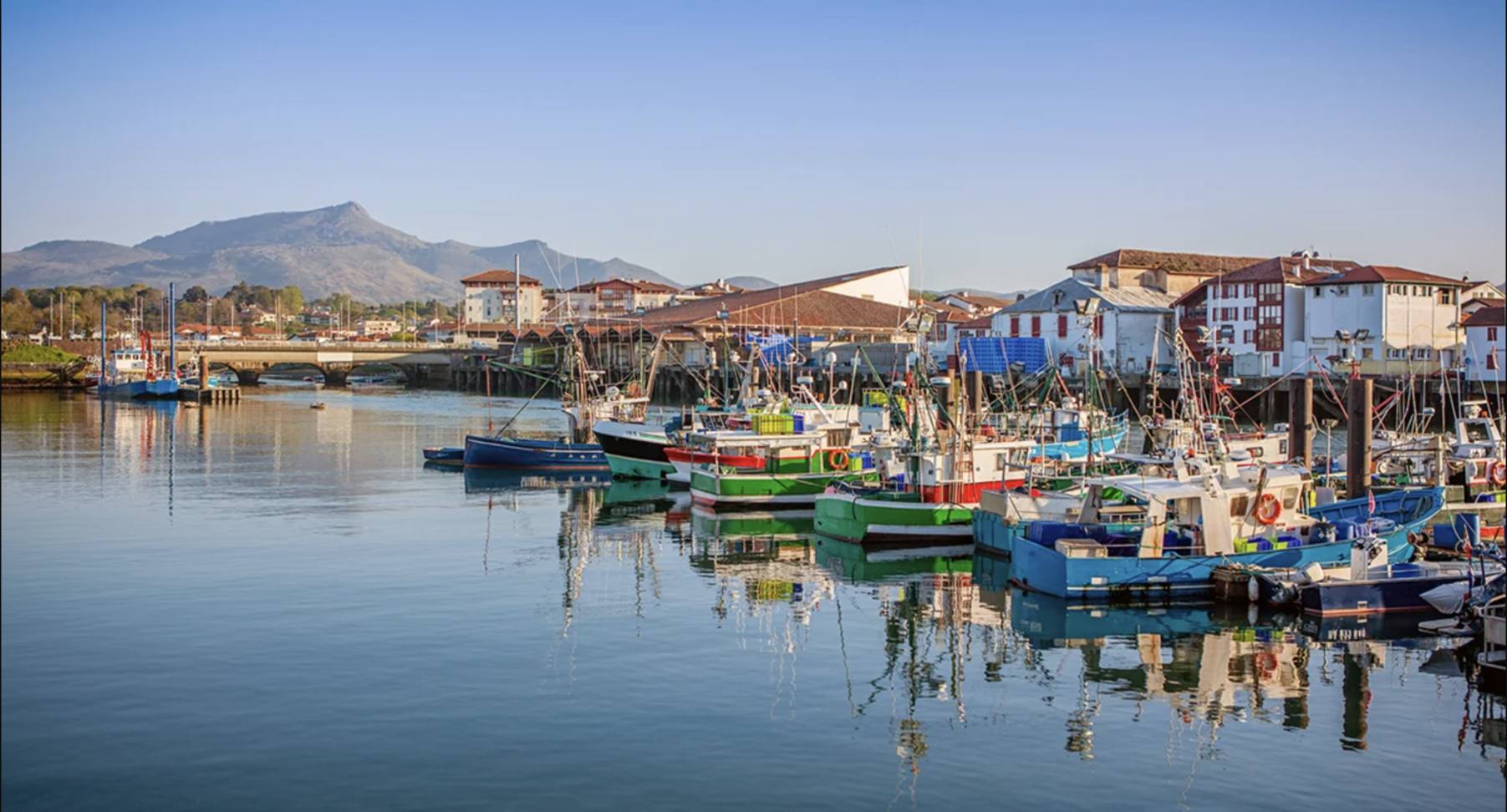 World Trade Organization (WTO) watchers will have noticed a flurry of excitement earlier this month around two big news items: the Director-General’s announcement she is convening Ministers on July 15 to conclude the long-running negotiations on new rules on fisheries subsidies, and the release by the Chair of those negotiations of a new negotiating text that sets out the basis for the final, crucial, trade-offs to seal the deal.

The text, only eight pages long, is the first Chair’s text in the negotiations to be publicly available since an earlier draft in 2007, and you can read it here. The rules look simple enough, but behind them lie high politics, years of debate, the gradual building of common ground, and attempts by the Chair himself to propose a balance between the positions and interests he has heard delegations express. Getting a deal done is going to require balancing interests—within each rule and across the various rules—so all members feel that even if the deal is not everything they wanted, their most crucial offensive and defensive interests have been met. Here is what he’s proposing:

Subsidies to Illegal, Unreported, or Unregulated Fishing: A safety on the trigger

The first substantive rule is the idea of prohibiting subsidies to a fishing vessel (or operator of a fishing vessel) when a government or regional fisheries management organization (RFMO) has made a determination that that vessel was engaged in illegal, unreported, or unregulated (IUU) fishing. What’s interesting about the rule is that a WTO member’s obligation not to subsidize could be triggered by a determination made by another member or by an RFMO. Not surprisingly, the debate on this topic has centred around how automatically a member’s IUU determination would trigger the subsidy prohibition.

The Chair has proposed balances within (and between) the two key provisions that define this automaticity. Coastal states’ determinations trigger the prohibition but only if they are based on positive evidence and follow due process. Similarly, an RFMO determination must be made in accordance with its own rules and procedures and relevant international law. On the other side, subsidizing members can decide how long the prohibition lasts but must forbid subsidies for at least as long as the original sanction (a fine or licence withdrawal, for example) lasts. The text thus establishes a relatively automatic “trigger” of a subsidy prohibition, but with the safety of due process, while on the other hand subsidizing members are given significant control over the duration of the prohibition.

Subsidies to Overfished Stocks: A strict prohibition, activated by governments’ own assessment

The second substantive rule is the idea of prohibiting subsidies to the fishing of stocks that are already overfished. Here, a WTO member’s obligation not to subsidize could be activated either by its own assessment or by the assessment of another member or RFMO assessment that a stock it fishes is overfished. So the debate has centred on who decides that a stock is overfished and on what basis, and what exactly should be prohibited once that decision is taken.

Here, again, the Chair is proposing balances both within and between the key provisions. Rather than setting an objective standard for the decision that a stock is overfished that some members had pushed for, the Chair suggests relying on coastal states’ and RFMOs’ determination of whether a stock in their waters is overfished, but also requiring them to use the best scientific evidence available to them to make this determination. The subsidy prohibition itself is strict, but with flexibility: once a stock is recognized as overfished, all subsidies to the fishing of that stock are prohibited except those subsidies that actually help the stock recover (e.g., subsidies for more selective gear that avoids juvenile fish getting caught in nets, for example). Taken together, the balance suggested is that while governments define when a stock in their waters is overfished, once they do, there is a relatively strict obligation to pause all subsidies that might aggravate the situation.

Subsidies to Overcapacity and Overfishing: A wide prohibition, with wide exceptions?

The last major substantive pillar in the text explicitly addresses a key part of the mandate for these negotiations: prohibiting certain subsidies that contribute to overcapacity and overfishing. This has been one of the most difficult parts of the negotiation, but there now seems to be tacit agreement that new rules will consist of a main prohibition of listed subsidies and perhaps prohibitions of subsidies to both fishing in areas beyond members’ own waters and to reflagged vessels.

The first balance is in the main discipline, which sets out a wide prohibition of a series of subsidies (e.g., for fuel, vessel construction, or fishing equipment) that evidence suggests are likely to contribute to overcapacity and overfishing, but balances this with a relatively wide exception, allowing a member to keep subsidizing when it can show that it has measures implemented to keep stocks at a sustainable level. It’s still an open question just what this exception would require a member to show. A similar balance is proposed in the prohibitions of subsidies to fishing in areas beyond national jurisdiction, where subsidies for access rights to foreign waters (which some governments provide) can still be provided if the subsidizing member can show measures are implemented to keep stocks healthy.

The third balancing act, arguably the most important one in the whole agreement, is between the prohibitions listed above and the special and differential treatment (SDT) provided for developing country WTO members. SDT is a difficult and politically charged topic and will likely be part of the set of decisions taken at high levels of members’ governments. The Chair, again, has sought balance within the SDT provisions as well as between them and the main rules, often trying to find a middle ground between diametrically opposed positions; some members insisting on complete carve-outs, others insisting on none at all. He has retained verbatim a previous proposal on SDT exceptions, but also proposed his own middle-ground suggestions involving:

In other words, under his proposal there would be quite wide flexibilities for developing countries at first, but most members would eventually see their exceptions for subsidies to large-scale fishing, at least, gradually expire.* This is one attempt to balance demands for flexibility for subsidies (even harmful ones) to continue, at least for some time, for artisanal fishing because of the sector’s vulnerability, while requiring members to either shift support to commercial fishing away from harmful subsidies listed, or, if they want to keep listed subsidies in place, to match them with policies to keep stocks at sustainable levels.

The last interesting element of balance in the negotiations is in the notification and transparency obligations, under which a member would only be able to invoke exceptions for subsidies it had notified and would only be able to invoke management-related exceptions if it had provided information about the status of the stocks and the management measures it had in place. In other words, members would need to come clean about any subsidies they wanted to keep providing and any fisheries management they were relying on to ensure those subsidies did not harm fish stocks. The description above may make this exercise sound coolly rational, but it is also an intensely political process. The politics of the debate reflect, in a fisheries microcosm, some central questions in international environmental and economic relations. Many members feel large subsidizers should make larger cuts to their subsidies, given the worldwide impact of their fishing (historical and current). Many developing country members consider that the rules should be different for them, arguing that they should have the space to subsidize the building of their own fishing fleets and that if any reduction in capacity needs to happen, it should come from the big players responsible for the ocean’s depletion. In turn, many large fishing nations point to the effort they have already made to ensure their subsidies don’t damage fish stocks (any further, one might add) and underline the importance of other members doing likewise, so in the end, the same rules should apply to all members. Crafting the agreement, which members all say they want to conclude, will require careful balancing of all 164 members’ positions and underlying interests. The balances struck on some of the smaller issues in the text seem to have been well-received, but many also argue the balances on larger issues, including between the main prohibition on overfishing and overcapacity and SDT, need rethinking. This will be the job until July.

* Data on the potential scope of different options for prohibitions and exceptions was presented at a webinar organized by IISD on January 28, 2021. The data is not yet published and may not be cited, but is available for information here.