While the concepts of sovereignty, human rights, the environment and the rule of law are often invoked in public 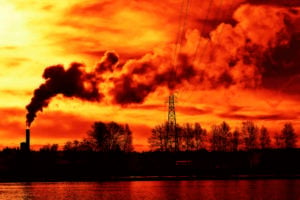 debate about international investment treaties (IITs), there is relatively little discussion of the economic effects of such treaties.[1] One of the most powerful legal protections provided by IITs is the protection of foreign investor’s ‘legitimate expectations’ under fair and equitable treatment (FET) provisions, which are common to most IITs. This article draws on economic theory—specifically, the notion of moral hazard—to elucidate some of the problems with broader interpretations of the doctrine of legitimate expectations.

The concept of efficiency

The primary means by which IITs affect economic efficiency is by influencing the investment decisions of foreign investors. A more efficient investment decision creates greater net economic benefits, regardless of to whom those benefits accrue. The profitability of an investment project is a first approximation of the efficiency gain of undertaking the project, because profit represents the excess of economic benefits of production over economic costs.[4] This is the foundation of the basic economic argument for IITs—that they give prospective investors confidence that their property and contractual rights will be protected abroad, encouraging them to reallocate their capital from less profitable projects in their home markets to more profitable projects available elsewhere.[5]

But this argument relies on a highly simplified model of economic activity. A more sophisticated model would acknowledge that there are often external costs and benefits of production that do not accrue to the investor. As discussed below, these externalities mean that the (un)profitability of a project does not necessarily imply its (in)efficiency.

The problem of moral hazard and why it reduces efficiency

Moral hazard refers to a situation where economic actors make profit-maximising but inefficient decisions because they are able to avoid costs associated with their conduct. The problem of moral hazard is often associated with insurance—when someone takes out insurance against a given type of harm, they no longer have an incentive to take prudent (efficient) steps to reduce the risk of that harm occurring. In practice, the protections contained in IITs operate as a form of insurance for investors against harm caused by future government conduct. This raises the risk of moral hazard— that investors might undertake projects without adequately assessing the externalities created by their projects, and the associated risk that future governments might redress such externalities when they begin to crystallise.

This problem has been explored in considerable detail in economic literature. The key insight that emerges from this literature is that protecting investors from having to bear the cost of new, efficiency-improving government measures is likely to result in inefficient investment decisions.[6] As such, investors should not be protected from efficient regulatory change, even if it results in the investment becoming unviable. Such legal protections would insure investors against changes in government policy, allowing them to ignore the risk posed to contemplated investments by efficiency-improving policy change.[7]

This scenario is easier to illustrate with an example. It would be inefficient for an investor to sink capital into building a factory which would operate at a profit of one thousand dollars a year by dumping pollutants in a river that cause two thousand dollars a year worth of damage to a downstream oyster industry. The most efficient investment decision would be for the investor not to undertake the investment in the first place and to allocate its capital to some other project. An investor that knew that future governments were free to prohibit dumping without compensating the investor would be less likely to commence such a project. On the other hand, an investor that knew that a future government would be required to pay compensation if it prohibited dumping would be far more likely to undertake the project.

In the example above, a prohibition on dumping pollutants is efficiency-improving because the benefits of the ban exceed the costs. In cases that come before arbitral tribunals there may be considerable evidentiary difficulties in determining whether given government measures are efficiency-improving. I do not suggest that tribunals should attempt to make such determinations on a case-by-case basis. Rather my argument is that the more expansive strands of current ‘legitimate expectations’ jurisprudence are highly likely to result in investors being compensated for losses caused by efficiency-improving government conduct. As such, these broader understandings of the doctrine of legitimate expectations induce moral hazard on the part of investors.

It is now widely accepted that fair and equitable treatment (FET) provisions, which are found in the vast majority of IITs, protect foreign investors’ legitimate expectations.[8] Despite this apparent consensus, arbitral tribunals have taken markedly different views of the range of expectations that might potentially qualify as ‘legitimate’ expectations. I identify four distinct views about the scope of the doctrine in contemporary arbitral decisions.[9]

The narrowest interpretation seems to require that an expectation be based on specific legal entitlements vested in a foreign investor under the law of the host state in order for such an expectation to be legitimate. For example, in LG&E v Argentina the tribunal held that an expectation would have to ‘exist and be enforceable by law’ to merit protection.[10] According to this view, the doctrine functions as an additional, international layer of protection for existing rights, rather than as a source of new rights.[11] A second view is that a legitimate expectation need not be based on the legal rights of the investor, so long as it based on specific, unilateral representations made by a government official.[12] This also seems to be the dominant view in academic commentary.[13] This set of decisions also embodies the limitation that expectations must be reasonable in light of the political and economic circumstances of the host state to be protected by the FET standard.[14]

A third strand of decisions suggests that an investor may legitimately expect the regulatory regime in place at the time of the investment to remain in force, even if the government has not promised to retain the regulatory regime and the investor has no legal right under domestic law to its continuance.[15] In these decisions the emphasis is on the protection of expectations that are ‘basic’ to the decision to invest;[16] there is far less emphasis on assessment of whether the basic expectation in question was reasonable in the circumstances.[17]

At the far end of the jurisprudential spectrum are a fourth group of cases in which investors have succeeded in claims for breach of legitimate expectations, despite the identified expectation having no base in the legal rights of the claimant under domestic law, nor in representations made by the host state or the regulatory arrangements in force at the time the investment was made. One such decision is Bau v Thailand.[18] Here the tribunal accepted that the investor had an expectation of a ‘reasonable rate of return’, where the expectation was based solely on the investor’s business plans at the time of making the investment.[19]

Extending legal protection to the basic expectations that underpin an investor’s business plan—as was done in Bau—is highly likely to induce moral hazard. A state’s liability under this interpretation of the doctrine of legitimate expectations does not turn on an examination of whether the state’s conduct was efficiency improving (either explicitly or de facto). Rather it provides investors with a degree of insurance against government actions that undermine the profitability of their investments, regardless of whether the government action is efficient. This is precisely the sort of legal rule that is likely to discourage investors from internalising the risk to their business plans posed by future, efficiency-improving government conduct.

Protecting general expectations of regulatory stability is also likely to cause serious problems of moral hazard. Arbitral decisions that have applied this understanding of the doctrine of legitimate expectations have determined liability by assessing whether the altered regulation was ‘basic’ to the investor’s decision to invest. This approach eschews economy-wide judgement of whether the regulatory change was efficiency-improving, in favour of an assessment of whether the change has seriously affected the investor’s interests. Such expansive legal protection is unjustifiable from an economic perspective. An investor should be required to bear the risk of efficient regulatory change, because that risk plays an important role in discouraging investors from initiating socially undesirable investment. This holds true even in cases where regulatory change is ruinous of an investment.

There may be a number of other grounds on which one could criticise (or defend) broad protection of an investor’s expectations. This piece has not attempted to assess these arguments. By putting environmental and human rights arguments to one side, I do not intend to suggest that they are less important than economic arguments, nor to suggest that dumping pollution in a river is only objectionable if it inhibits potentially more lucrative investment downstream. Rather I hope to show that debate about IITs does not necessarily reduce to an argument about the importance of economic development vs. the importance of environmental protection and realisation of human rights. My own view is that narrower interpretation of key IIT provisions would be preferable on economic, human rights, environmental and rule of law grounds.[20]

Author: Jonathan Bonnitcha is a lawyer, Rhodes Scholar and final year DPhil candidate at the University of Oxford. He holds the degrees of MPhil (Dist) and BCL (Dist) from Oxford and LLB (Hons) and B Ec (Hons) from the University of Sydney. Readers with comments or criticisms of this article are invited to contact the author at [email protected]

[9] This is a significantly abbreviated presentation of a taxonomy of legitimate expectations decisions that I develop in my doctoral dissertation. J Bonnitcha ‘A normative framework for evaluating interpretations of interpretations of investment treaty protections’  (University of Oxford, forthcoming April 2011)

[11] According to this interpretation, the doctrine of legitimate expectations operates somewhat akin to an umbrella clause, in that it protects foreign investors’ rights created by contracts with the host state. However, the legal effect of this interpretation differs from a strictly drafted umbrella clause in that only a sufficiently serious breach of expectations based on an investor’s legal rights would constitute a breach of legitimate expectations.

[17] According to this interpretation, the doctrine of legitimate expectations operates somewhat akin to a stabilization clause, in that it protects foreign investors from change to the legal regime governing an investment. However, the legal effect of this interpretation differs from a broadly drafted stabilization clause in that only changes to regulations that were ‘basic’ to the decision to invest would constitute a breach of legitimate expectations.