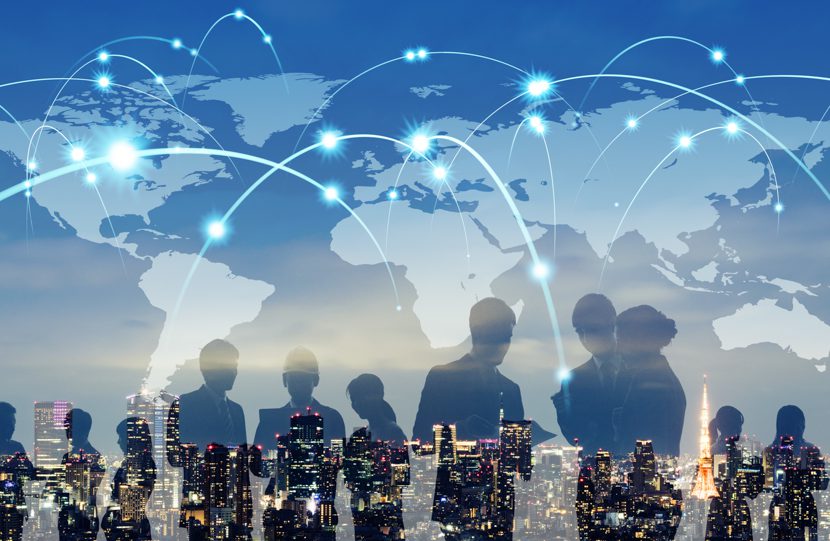 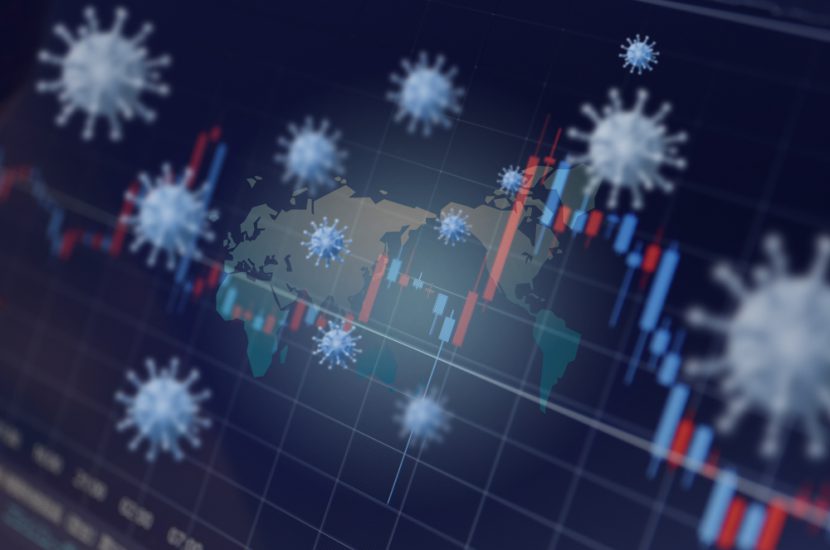 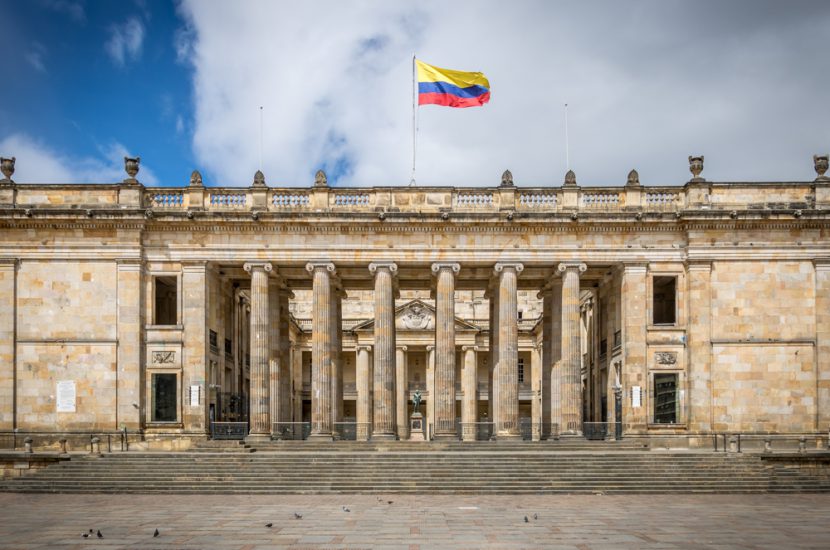 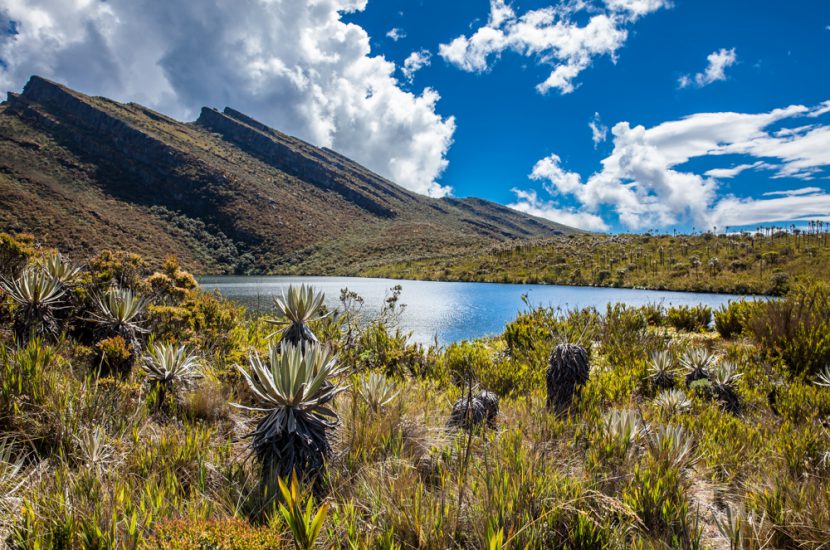 The Best of Two Worlds? The Brazil–India Investment Cooperation and Facilitation Treaty

The recent conclusion of the Investment Cooperation and Facilitation Treaty (ICFT) between Brazil and India is an important moment in investment treaty making, with the new deal combining aspects of Brazil’s Cooperation and Facilitation Investment Agreements (CFIAs) and India’s 2015 model BIT. This ITN Insight breaks down the various elements of the ICFT, examining its approach, design and content relative to the Brazilian and Indian models. The author, Martin Dietrich Brauch, does so by undertaking a detailed analysis of the agreement’s preambular language, scope, definitions, investment protection and dispute-related provisions, institutional governance provisions, and exceptions. He also summarizes the new treaty’s key innovations, which could help inform future negotiating efforts.

Making the Right to Regulate in Investment Law and Policy Work for Development: Reflections from the South African and Brazilian experiences

Brazil flag in hand with sky and sun

The problems of traditional BITs and the growing number of ISDS cases were among factors that led Brazil to develop the CIFA model, aimed at promoting and facilitating high-quality and productive foreign investment.

Brazil and India initial bilateral investment treaty (BIT); text yet to be published

During the 10th Annual Forum of Developing Country Investment Negotiators, held in Colombo, Sri Lanka, from November 7 to 10, representatives from Brazil and India announced that they had recently initialled a bilateral investment agreement (BIT).

Since the signing of the first Agreement on Cooperation and Facilitation of Investments (ACFI) by Brazil, in March 2015, English translations of the document and analyses of its innovative aspects have been published. The hidden question is: to what extent do Brazil’s ACFIs innovate in the regulation of foreign investments?

The Brazil–Mozambique and Brazil–Angola Cooperation and Investment Facilitation Agreements (CIFAs): A Descriptive Overview

Brazil and Mozambique signed on March 30, 2015 the first Cooperation and Investment Facilitation Agreement (CIFA) based on Brazil’s new model bilateral investment treaty (BIT). The second was signed on April 1, 2015 between Brazil and Angola. Unlike traditional BITs, which are geared towards investor protection, the CIFAs focus primarily on cooperation and investment facilitation. They promote amicable ways to settle disputes and propose state–state dispute settlement as a backup; notably, they do not include provisions on investor–state arbitration.

re: Investment Arbitration in Brazil: Yes or No?

As an arbitrator and one who does not have any connection with the Brazilian legal system, I  can more particularly identify with the views of Weiler and de Oliveira. I can understand the confidence that Brazilians may have in their own courts when faced with the issue of resolving international investment disputes and the question […]

Investment Arbitration in Brazil: Yes or No?

By Elizabeth Whitsitt and Damon Vis-Dunbar30 November 2008 In 1991, Brazil began one of the world’s largest privatization programs, selling more than US$100 billion worth of assets. Seventeen years later and with a Gross Domestic Product (GDP) that ranks tenth in the world, Brazil is an industrial power that, according to the World Bank, is […]

Recently, references to corporate social responsibility (CSR) have been included in investment treaties as a way to address some of the criticisms levelled at the investment protection regime. This article gives an overview of these attempts and the limitations of this approach. It concludes by arguing that the inclusion of CSR in investment treaties primarily serves to legitimate the regime.

This article provides an overview of Ecuador’s approach to foreign investment policy over the past decade, which has been subject to significant changes. It also reviews recent constitutional
developments that may allow Ecuador to develop a more coherent approach toward
new investment treaties and trade agreements.

Morocco has recently undertaken a review of its treaty program, establishing a working group 2015 with the mandate to elaborate a new model BIT, which included a consultation process involving various stakeholders. The model BIT was published by Morocco in December 2019. The authors of this piece, Hamed El-Kady and Yvan Rwananga review selected core provisions this new model BIT that will likely serve as a basis for Morocco to (re)negotiate BITs and other regional investment agreements. Notably, the model includes an emphasis on sustainable development in the preamble and several substantive provisions.

As claimants lacked a protected investment and could not import consent to arbitration via MFN, UNCITRAL tribunal dismisses case against Mauritius on jurisdictional grounds

From October 14 to 18, 2019, negotiators will gather in Vienna for the next session of the UNCITRAL Working Group III on ISDS reform, where they will move from considering concerns with the current system to assessing possible solutions. In this ITN Insight, Jane Kelsey discusses various examples of how some countries have tested out alternatives to ISDS, such as state–state arbitration, alternative dispute resolution, domestic legislation and enforcement, and the exhaustion of domestic remedies. For each ISDS alternative, she examines what benefits and challenges arose, and how the lessons learned can help inform the next phase of UNCITRAL deliberations.

ICSID Rule Amendment: An attempt to remedy some of the concerns regarding ISDS identified by UNCITRAL WG III

The process for updating ICSID’s rules has been taking place in parallel to the UNCITRAL Working Group III deliberations on ISDS reform, prompting an important conversation of how these efforts may complement each other. In this new Insight, Rafael Ramos Codeço and Henrique Martins Sachetim examine the ICSID rule amendment process, taking a close look at a few key amendments under consideration and examining the extent to which these might help address some of the ISDS-related concerns that have been identified at UNCITRAL.

Delegates to the UNCITRAL Working Group III process on multilateral ISDS reform will meet again in Vienna during the week of October 14–18, 2019.

Investment Facilitation at the WTO: An attempt to bring a controversial issue into an organization in crisis

The structured discussions on investment facilitation (IF) among 70 WTO members are now 18 months old. Participants are wrapping up their latest phase of work: considering examples of different issues and elements that could form the basis of a multilateral IF framework. The authors examine the history of investment discussions at the WTO and review how international investment governance in other forums has evolved in recent years. They examine what challenges can emerge in crafting IF disciplines, especially if these are binding, and the importance of considering which forums are most appropriate for IF-related discussions.

Investor Due Diligence and the Energy Charter Treaty

The Energy Charter Treaty modernization negotiations are due to begin later this year and a set of topics for parties to consider has already been announced. This piece examines the prospects for updating the ECT’s existing formulation of FET and analyzes how this standard has been interpreted in past arbitrations involving renewable energy disputes. The author argues in favour of including a requirement of investor due diligence as an attempt to help ensure that investors anticipate possible risks that may emerge from changes to a state’s regulatory framework.

Multilateral ISDS Reform Is Desirable: What happened at the UNCITRAL meeting in Vienna and how to prepare for April 2019 in New York

UNCITRAL Working Group III has decided that multilateral reform is desirable to address various concerns regarding ISDS. Its next session will identify other concerns that may have been missed and prepare a work plan to develop solutions. This article reviews the UNCITRAL process so far and helps governments prepare for the upcoming session.

CSR refers to rules and practices companies follow voluntarily to limit the negative social, environmental and other externalities caused by their activities. There is a trend to incorporate CSR standards in investment treaties. Could CSR clauses be useful in consolidating enforceable investor obligations and serving as a basis for state counterclaims?

A Critical Review of the Debate on Investment Facilitation

The Case Against Third-Party Funding in Investment Arbitration, by Frank J. Garcia

Making the Right to Regulate in Investment Law and Policy Work for Development: Reflections from the South African and Brazilian experiences, by Fabio Morosini

Conflicts between Latin American Countries and Transnational Corporations: The challenges of the region in the face of asymmetrical investment treaties, by Jorge Marchini, Josefina Morales and Gabriela Roffinelli

Aerial view of Favela da Rocinha, Biggest Slum in Brazil on the Mountain in Rio de Janeiro, and Skyline of the City behind.

Expansion of the Energy Charter to Africa and Asia: Undoing Reform in International Investment Law?

Intra-EU Investment Protection: Up the Creek Without a Paddle

The Recent Argentina–Qatar BIT and the Challenges of Investment Negotiations

The Base Erosion and Profit Shifting (BEPS) reform project led by the OECD tackles corporate measures aimed at shifting profits to no- or low-tax destinations. But investment law can hinder the implementation of much-needed reform in international taxation.

A meeting of the WTO General Council was suspended on May 10, 2017 after India objected to the adoption of the proposed agenda, which included a “trade and investment facilitation” item.

On December 13 and 14, 2016, the European Commission and the Canadian Government co-hosted exploratory discussions on establishing a multilateral investment court. Government representatives from several countries attended the closed-door meeting in Geneva. Upon concluding CETA, the two hosts had vowed to “work expeditiously” to create a permanent investment court, building on the ICS mechanism included in the agreement. The goal of […]

Only a Brief Pause for Breath: The Judgment of the German Federal Constitutional Court on CETA, by Jelena Bäumler

India’s Joint Interpretive Statement for BITs: An Attempt to Slay the Ghosts of the Past, by Sarthak Malhotra

Special and Differential Treatment (S&D), originally forged in the trade regime, has evolved in trade negotiations and gained momentum in investment agreements, to provide greater flexibility for developing countries based on their needs and capabilities.

Brazil and India initial Bilateral Investment Treaty (BIT); text yet to be published

UNASUR Centre for the Settlement of Investment Disputes: Comments on the Draft Constitutive Agreement

The future operation of the investment dispute settlement facility of the Union of South American Nations is likely to generate scepticism, as it could undermine international standards in favour of regional parameters and lead to increased instability in the region. Alternatively, it could enhance the legitimacy and popularity of ISDS mechanisms in UNASUR member states. What are the procedural and substantive novelties contained in the Draft Constitutive Agreement?

The long-expected final award has been rendered in the high-profile case initiated by tobacco giant Philip Morris in early 2010 against Uruguay over its tobacco control measures.

Venezuela ordered to pay US$1.202 billion plus interest to Canadian mining company Crystallex for FET breach and expropriation

In a 273-page award dated April 4, 2016, a tribunal at the Additional Facility (AF) of the International Centre for Settlement of Investment Disputes (ICSID) ordered Venezuela to pay US$1.202 billion plus interest to Canadian company Crystallex International Corporation (Crystallex).