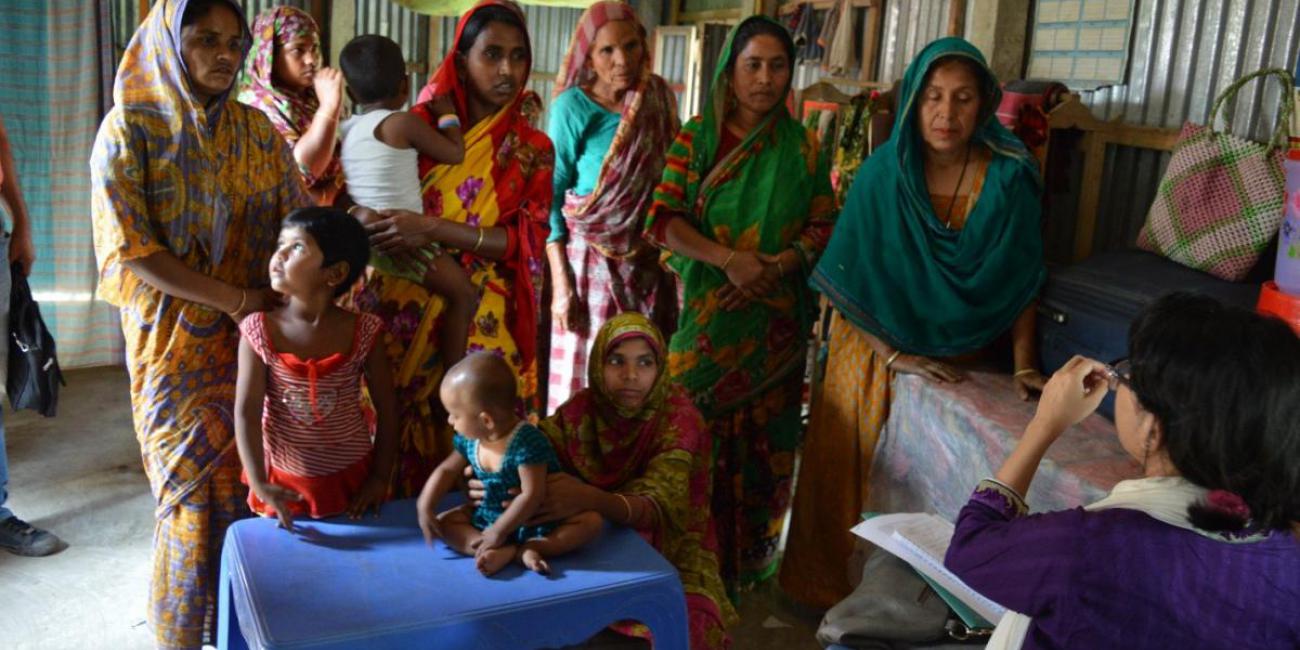 Millions of dollars worth of fossil fuel subsidies could be better targeted by governments to benefit poor women.

That’s according to recent research from the Global Subsidies Initiative of IISD, with ENERGIA and partners Spaces for Change, IRADe and Bangladesh Institute for Development Studies.

The research involved surveys with 2,400 households as well as focus group discussions in Bangladesh, India and Nigeria. An initial scoping phase included a review of 28 episodes of fossil-fuel subsidy reform, and research of secondary data in Indonesia.

Overall, the research found fuel subsidies do not work well for poor women. A large share of subsidies accrues to wealthier segments of the population because they consume more energy and have better access to it. This effect is particularly strong for liquified petroleum gas (LPG), as the researchers found in India, but also for a “poor people’s fuel” like kerosene, as observed in Bangladesh and Nigeria.

Subsidies do not guarantee lower fuel prices—and may even create price premiums by increasing fuel scarcity. Even in countries with fixed fuel prices, households were found to pay significantly more. In Nigeria, low-income women reported paying between two to six times more than the official price for kerosene, and in Bangladesh 14 per cent more for the same fuel. Indeed, households in these countries were often not even aware of the existence of a subsidy. These findings imply that any benefits from subsidies are even lower than previously estimated.

The burden of queuing for scarce cooking or lighting fuels frequently falls on women. In Nigeria, women reported queuing for hours and sometimes all day to get kerosene. In Lagos, Nigeria, 57 per cent of survey respondents preferred informal dealers for convenience and availability, despite higher prices and safety risks of adulterated fuel.

Not all subsidy schemes resulted in fuel scarcity, however. In India, Pratyaksh Hanstantrit Labh (PAHAL, formerly known as the Direct Benefits Transfer scheme for LPG, or DBTL) appears to have been successful in preventing large-scale illegal diversion of fuel, with very low rates of shortages or price premiums. However, the subsidy has still not reached everyone. In the states of Chhattisgarh and Jharkhand, almost half of the households surveyed did not use LPG and therefore did not benefit from the subsidy at all. Biomass remained a cheaper option for the poorest people in all three countries where the research focused, and many households continue to use biomass alongside LPG, so problems with indoor air pollution are not immediately resolved just by subsidizing LPG.

Better targeting of support for energy access is needed and could counteract some of the problems identified in the research. For example, connection subsidies can encourage gender empowerment around decisions to purchase new cooking equipment for LPG and overcome upfront connection costs. In India, the new LPG Pradhan Mantri Ujwala Yojana (PMUY) scheme aims to help women in low-income households switch to LPG. Such connection subsidies, however, also require good targeting. Only 48 per cent of PMUY beneficiaries were among the poorest 40 per cent of households. And PMUY relies on a poverty card identification system that is well known for having major errors of exclusion.

Poor women can be impacted by fuel price increases in several ways. In Bangladesh and India, around half of higher-income households report being able to absorb price increases (implying that there is still scope for better targeting). However, two-thirds of households in Bangladesh said they would reduce expenditure on both kerosene and other goods (such as food) if faced with a doubling of prices. With a 40–50 per cent price increase in India and Nigeria, the majority said they would reduce subsidized fuel consumption and/or revert to biomass.

Switching back to biomass has time and health implications for women, given they were found to be the primary cooks in all three countries surveyed. Women more frequently collect the wood or dung and are exposed to its smoke. Some households also reported secondary impacts such as a reduced ability for members to undertake activities that require lighting, such as studying and leisure time (e.g., in Bangladesh linked to use of kerosene).

Education and awareness are key

The research found other factors that could be significant for fuel switching and better access to cleaner fuels for women:

Finally, investing in subsidy alternatives could empower women more directly. In Nigeria, surveyed households did not prioritize energy subsidies over other kinds of support. When asked what kind of government support they preferred, households indicated jobs, health, financial support and education to access to modern energy. While households might undervalue the benefits of modern energy, this nevertheless raises the question whether the billions spent on an inefficient subsidy system might not be better spent on social protection programs.

More diverse and technology-neutral subsidies, conditional on outcomes, may be more effective in achieving access, avoiding technology lock-in and fostering affordable solutions adapted to context. Energy policies should ensure that the right market incentives and structures are in place to cultivate new and renewable lighting and cooking technologies such as solar or grid electrification (to replace kerosene subsidies). Social policies may deliver better outcomes for women including social safety nets, health care, education or business loans for women.

The full report can be downloaded from the HIVOS, ENERGIA website here.