Turkey's Pursuit of a Coal-Fired Future: Wrong for Public Health and Public Wealth

Just a few days before the G-20 Leaders’ Summit in Antalya and the UNFCCC’s COP21 in Paris, hundreds of Turkish experts, scholars and activists gathered in Istanbul from 12-13 November 2015 at the IKLIM Climate Forum, under the banner “Ben de Varim!” (“Count me in, too!”).

Among the scene-setters, Jeffrey Sachs, Director of Colombia University’s Earth Institute, noted that Earth is now 1°C warmer than pre-industrial levels and is already committed to at least another 0.5°C. Turkey’s INDC was presented. It projects huge growth in emissions—approaching three times 2012 emissions in 2030 under business-as-usual conditions (see Figure 1). Even if Turkey is successful in implementing the greenhouse gas mitigation policies and programs it has identified in the INDC, 2030 emissions would still be over double the current level. 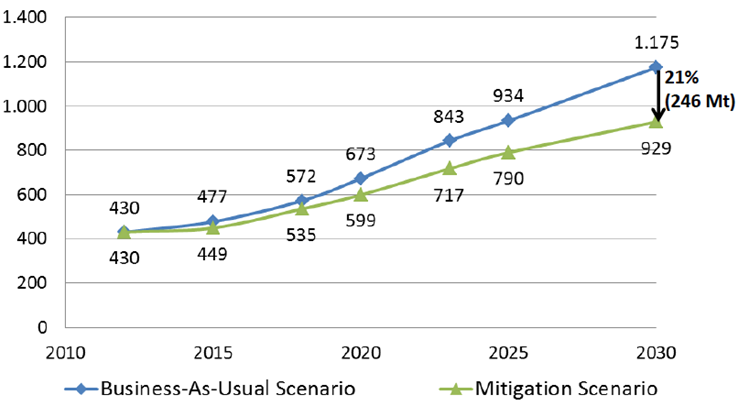 Multiple interventions throughout the Forum’s highly-varied sessions expressed disappointment at these official projections. The strongest driver of emissions increases is Turkey’s coal-fired generation plans [1]: Turkey is planning to at least triple new coal and lignite plant capacity by 2030 to 35 GW but even these projections may be exceeded—it was further noted that there is currently 65 GW of new coal and lignite plant either being built or planned.

Across the Forum, renewable energy (mainly adding to the 2 GW of wind, plus new solar) was identified as a stronger alternative to a possible coal future. A range of environmental, social, economic, political and legal arguments and analyses were presented, but the Forum’s delegates struggled to answer the basic question: why is coal, with its adverse and significant impacts and no obvious financial advantage, being favored?

The Global Subsidies Initiative and CAN Europe organized a session focusing on relative subsidies to the coal and renewable alternatives: “Understanding Fossil Fuel Subsidies in a Changing Climate”. Peter Wooders of the GSI and Associate Professor Sevil Acar of Istanbul’s Kemerburgaz University presented the latest estimates of Turkey’s subsidies to Coal and to Renewables, published by GSI in May 2015 and updated by GSI and OCI for the Turkey chapter of the new report looking at government support to fossil fuel producers in G-20 countries.

The report finds that:

Wind and solar also receive subsidies, largely through a feed-in tariff scheme, although it was noted that the level of feed-in tariff for renewables [2], and administrative hurdles in accessing this, meant that the majority of wind power developments chose to simply sell competitively into the electricity market rather than opting for the feed-in tariff. Including the costs of health impacts using a study by the Health and Environmental Alliance allows a comparison to be made between the full costs of different power generation options. Including health costs from coal, wind is already significantly cheaper per unit of electricity generated. Making projections of costs to 2030 shows that wind has a lower financial cost than coal and that solar is cheaper when health costs are included (see Figure 2 below). The discussion within the session—and in other discussions in the Forum—further noted the extra administrative and bureaucratic barriers faced by renewables compared to coal.

Figure 2. Comparing the Known Costs of Coal and Renewables by 2030 (€ per kWh) 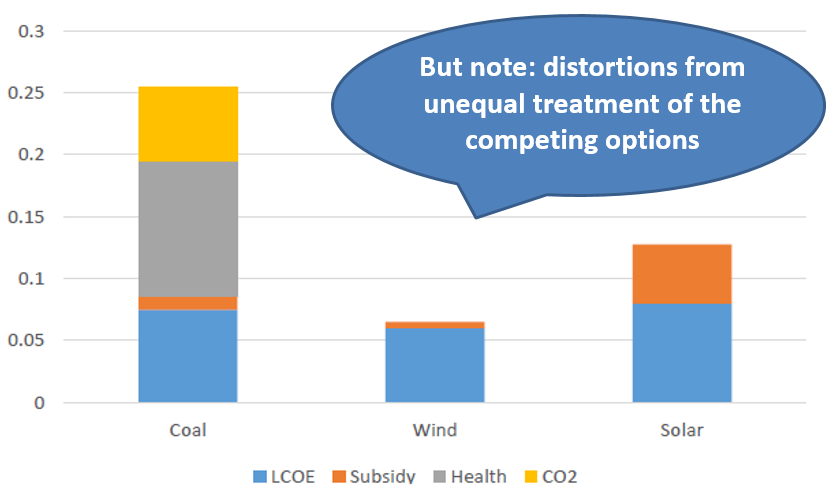 Turkey’s pursuit of a coal-fired future has no obvious economic, social or environmental rationale. More arguments and evidence need to be presented to convince Turkish policymakers that an electricity system with large-scale renewables could supply electricity reliably and at reasonable cost. There also seems to be another significant information barrier: extra data and analysis around subsidies and their impacts are needed to inform the debate more fully, such as a better understanding of the New Investment Incentive Scheme’s costs and an understanding of the impacts that subsidies and their reform would have on key parts of the population and the economy.

Globally, there is an increasing number of successful reforms of coal subsidies and examples of coal phase-out from the electricity system. Key to their success are well-designed complementary policies, including protection of socially vulnerable groups and ample renewable energy deployment strategies. Turkey has a great opportunity to be a clean energy leader – and its public health and public wealth may well depend on it. 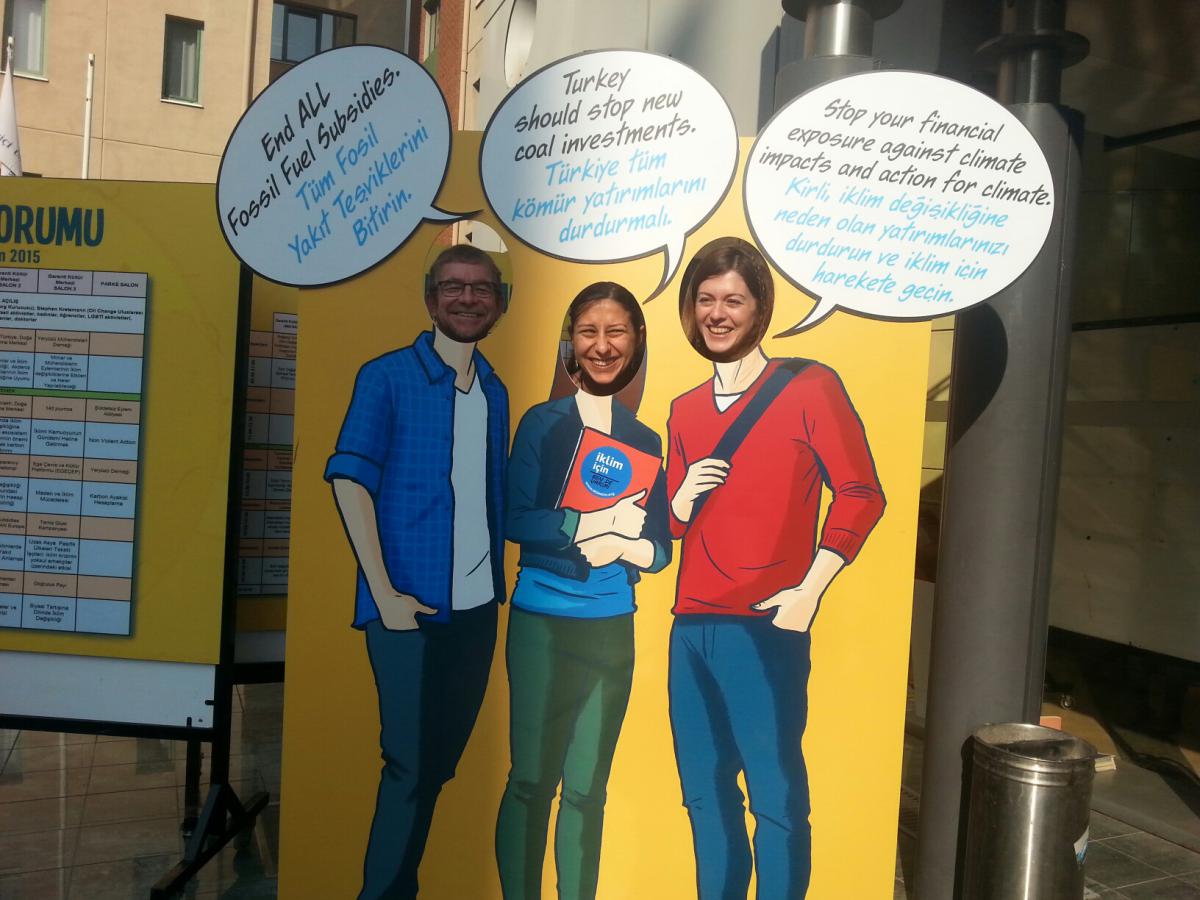 IKLIM Climate Forum publicity material – on the left is the GSI’s Peter Wooders.

[1] A study by Greenpeace and CEE Bankwatch Network notes that energy production accounts for 28.7% of current GHG emissions. If government projections for increased coal use materialise, by 2023 the total annual emissions from new coal plants will be around 300 MtCO2e, 2.5 times CO2 emissions from the energy sector today.

[2] A guaranteed electricity price of US$ 0.073 per kWh generated by wind or hydro, US$ 0.133 per kWh for solar. Both contingent on the level of local equipment employed.