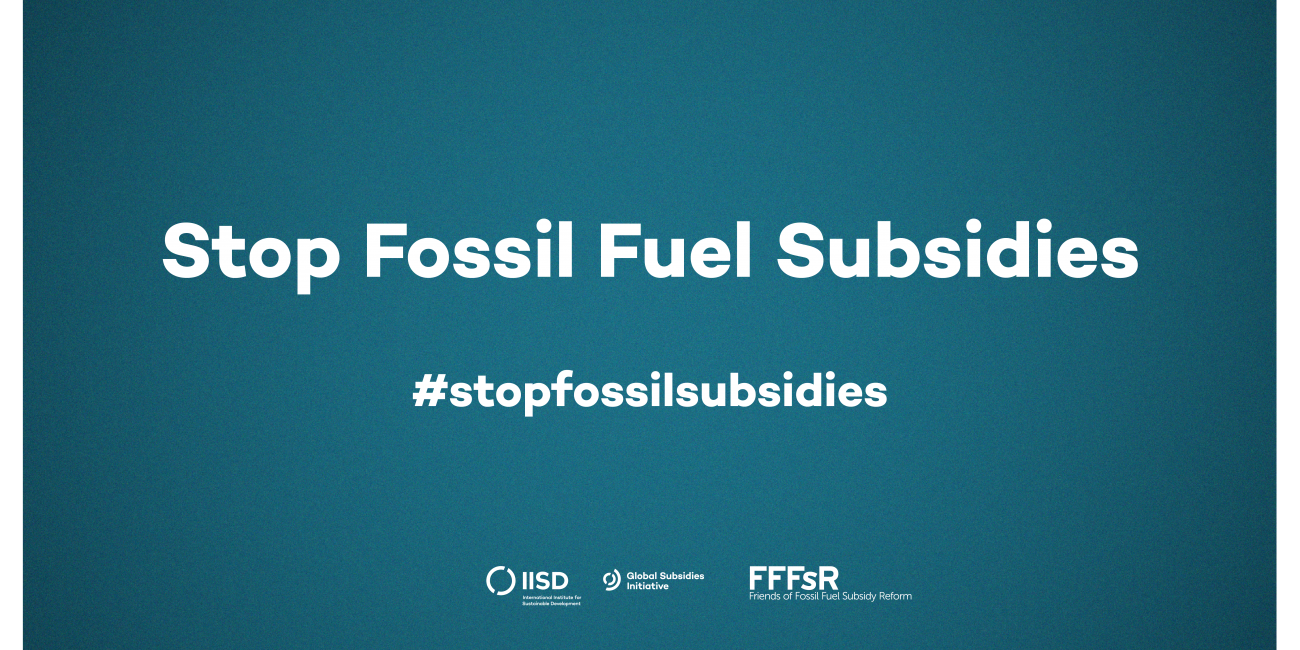 It’s been 10 years since the G20 committed to phasing out inefficient fossil fuel subsidies.

Still, across the globe, these subsidies remain high, with spending estimated at US$526 billion in 2018.

Our future is at stake. The world is facing a climate emergency. Maintaining and advancing fossil fuel subsidy reform is a key mechanism to meeting the Paris Agreement, and has never been more urgent.

HELP SPREAD THE WORD ABOUT THE NEED FOR FOSSIL FUEL SUBSIDY REFORM!
Watch these video clips and share with your network using the hashtag #stopfossilsubsidies

"Invest in our future"

"We are in a battle for our lives"

Special Representative of the UN Secretary-General and CEO of Sustainable Energy for All, Rachel Kyte

"No more business as usual"

"The time is now"

"Must not destroy civilization"