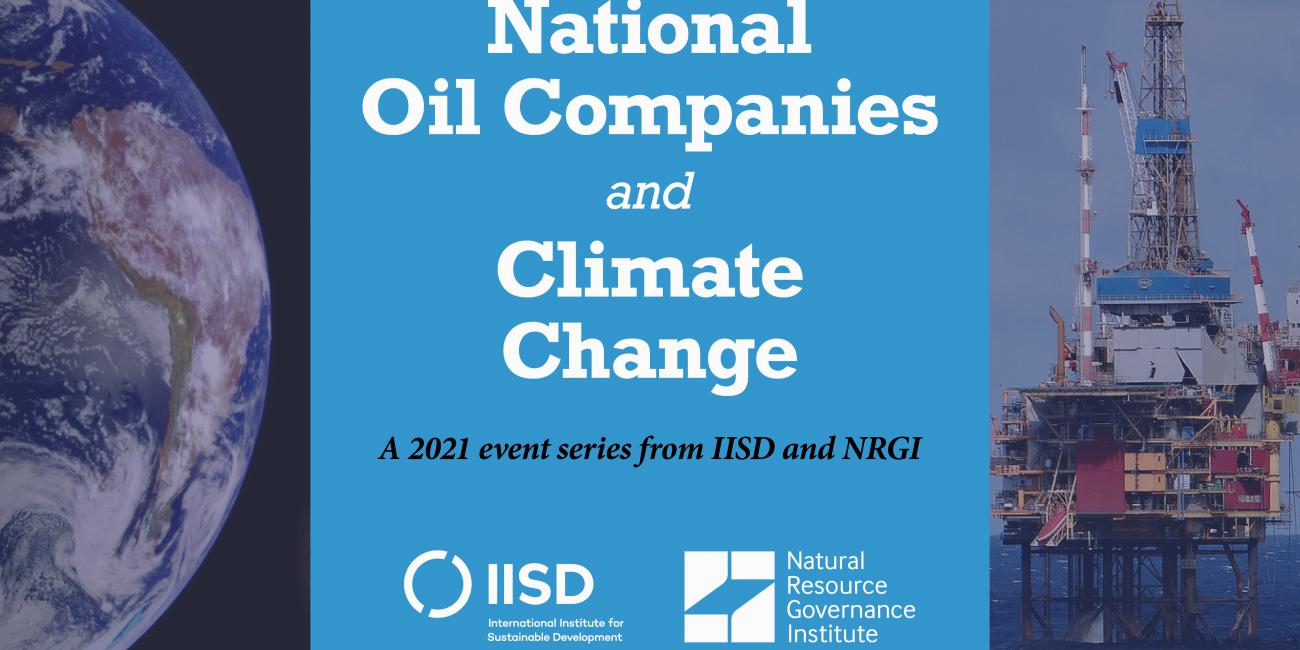 National oil companies (NOCs) are key players in the global oil and gas industry—they produce half of the world’s oil and gas, and invest 40 percent of capital into the sector. But their role in global efforts to address climate change is often overlooked. As an increasing number of governments commits to reaching net-zero carbon emissions by 2050, NOCs face profound challenges in navigating the global energy transition. These companies—and the governments that oversee them—should consider any new oil and gas investments in light of the significant uncertainty about the future demand for their products and the economic returns they will generate, as well as their impact on climate change targets. While some countries have announced the intention to transform their NOCs into vehicles for clean growth, working out the details of what this will mean in practice is another considerable challenge. This week, the Natural Resource Governance Institute (NRGI) and the International Institute for Sustainable Development (IISD) will launch a new event series, “National Oil Companies and Climate Change.” The series dives into a critical question facing oil-producing countries and global climate advocates: how must national oil companies evolve in the face of the climate crisis and the global energy transition?

The choices that NOC and government officials make now will have profound implications for the future of oil- and gas-producing countries. As the global oil sector faces decline, the status quo approach in many countries—whereby NOCs reinvest most of their oil revenues straight back into the sector—poses a growing risk to efforts to move away from fossil fuels.

Decisions about NOC governance and strategies will also have a major impact on the international effort to stem global warming. Global fossil fuel production must decrease by around 6 percent per year over the next decade to reach the goal of limiting global temperature rise to 1.5⁰ C. Yet many producing countries are moving in the opposite direction. Despite the important role NOCs play in global markets, international efforts to curb fossil fuel supply have so far lacked advocacy strategies around NOCs.

Our discussion series aims to increase learning across the extractives governance and climate change fields, which have too often worked in silos. We bring together experts from NOCs, governments, research institutions and advocacy organizations. The discussions draw on emerging approaches from a wide range of countries, and identifies priority reforms for NOCs and governments, as well as activists, investors and others who influence them.

Tomorrow’s inaugural session explores how the ways that NOCs assess the implications of various energy transition scenarios is evolving, including how they analyze project risk, and the financial implications of these choices. Later events in the series will examine NOCs’ ambitions to invest directly in the energy sector (including renewables), and how NOCs and climate advocates can communicate with each other more effectively. Greg Muttitt is senior policy advisor for energy supply at IISD. Patrick Heller is an advisor at NRGI and a senior visiting fellow at the Center for Law, Energy & the Environment, University of California, Berkeley.