Indonesians are demanding climate action. How can the government answer their calls? 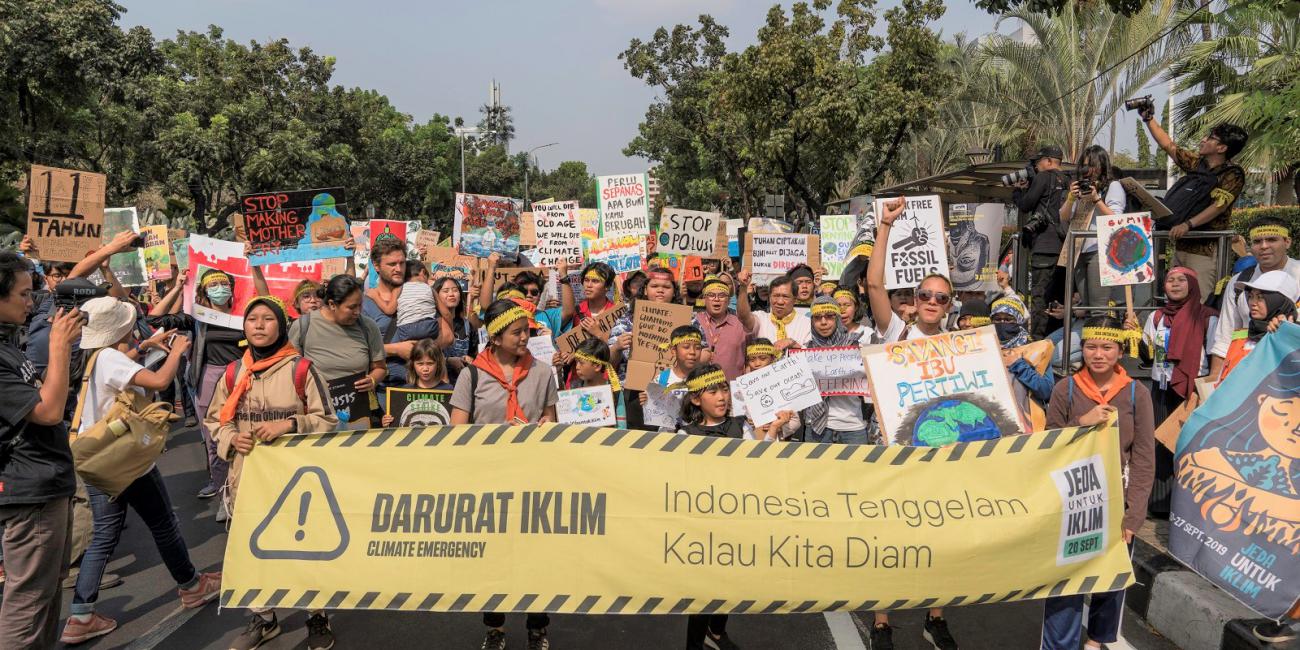 “The world is waking up and change is coming, whether you like it or not” – the words of Greta Thunberg were buzzing through different media channels the week I arrived in Jakarta to launch IISD and the Swedish Energy Agency’s new report, Getting to 23 Per Cent: Strategies to scale up renewables in Indonesia.

We soon realized that Greta’s calls to action, along with many other rallying cries, weren’t just in the media; they were being shouted on the streets as the country was holding its first-ever climate strike. Thousands of people, youth especially, were calling for Indonesia and countries around the world to live up to their commitments on climate change. Students were coming together to demonstrate that they were no longer willing to simply go along with what their leaders were proposing.

We launched our report at a local hotel, as part of an event called “The Future of Renewable Energy Policy.” It may not have attracted the fanfare or media attention of the climate strikes, but the findings in the report address precisely what Jakarta’s protesters were looking for—solutions to the energy crisis that can be implemeted now. Swedish Ambassador Marina Berg set the stage by reminding those in attendance to heed Greta’s words, because we were the ones with the ability to set the necessary wheels in motion.

My colleague Anissa Suharsono carefully explained what more than two dozen experts she and the IISD team had interviewed were recommending, in particular some concrete ways that Indonesia can break out of its coal dependence and embrace renewables. Indonesia has installed less than 1 GW of solar and wind electricity in the period from 1985 to 2017. If the country intends to meet its commitment to the Paris Agreement, the share of renewables in its energy sector must nearly double in the next five years, hitting 23 per cent of the nation’s total energy by 2025.

Is this even possible? Technically, yes. Our study shows that Indonesia hasn’t been using renewable resources to their greatest potential. The experts we interviewed were confident that a few adjustments to Indonesia’s policy approach could boost sustainable energy investments and allow Indonesia to meet its goals in time. Our recommendations for Indonesia are therefore to immediately:

Although representatives from the Indonesia Renewable Energy Association (METI) indicated that Indonesia might be even further from its goals due to inconsistencies in reporting, there were nonetheless signs to remain hopeful. Ida Nuryatin Finahari, the Director General of Geothermal in the Ministry of Energy and Mineral Resources (MEMR), outlined new plans to grow renewables in the coming years; while there wasn’t full agreement with IISD’s suggested path forward, it was reassuring to hear their commitment.

Debate was spirited when it came to the future of solar versus coal, and how quickly changes could be made. Everyone agreed, however, that it’s absolutely necessary for Indonesia to expand its renewable energy sources, and do this as soon as possible.

I walked away feeling that perhaps I wasn’t the only one who felt the urgency behind the student-led climate strikes this week; everyone in the room seemed to understand that now is the time to act. The clock is ticking and the climate can’t wait.