Not a Case of Either/Or: How government and mines in Zambia can save money through energy efficiency 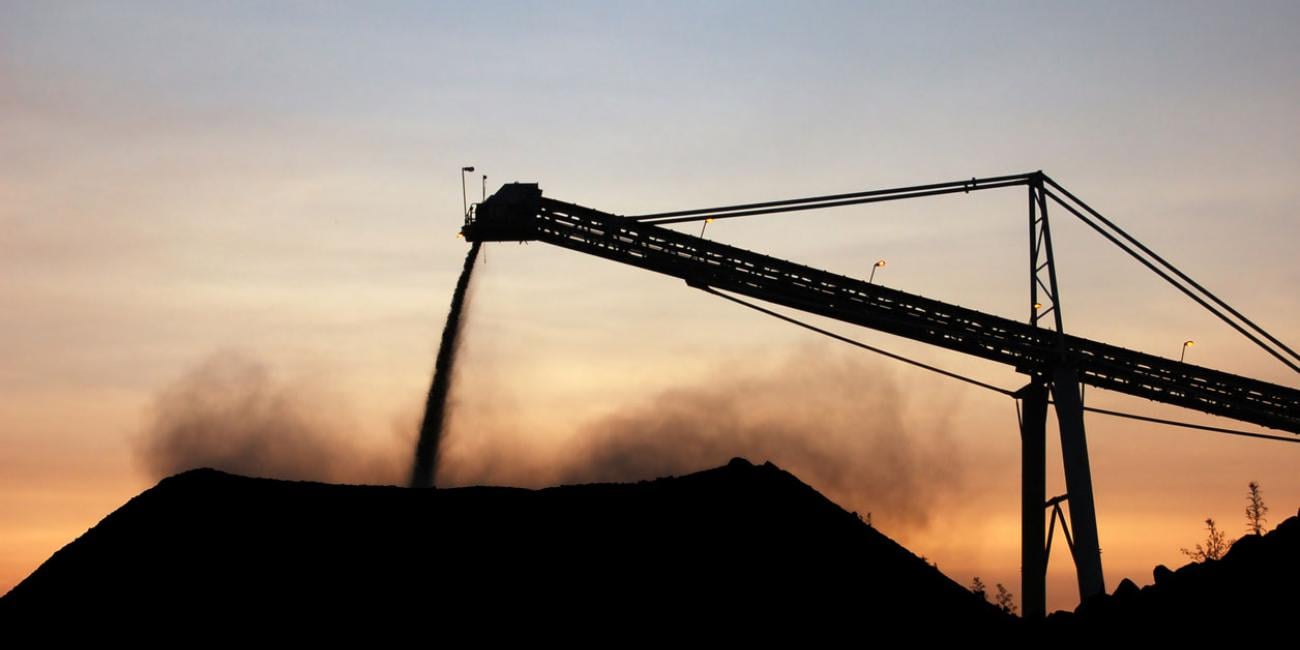 Copper mining has played a decisive role in the economic history of Zambia for more than a century. Beginning in the 1920s, American and South African mining companies scaled up production and established the Luanshya, Mufulira, Rhokana and Nchanga mines. By the 1960s, Zambia was a major player, producing 12 per cent of the world’s copper. The mining sector is by far the most important industry in Zambia: in 2012 it accounted for almost all foreign direct investment (86 per cent) and export earnings (80 per cent). One quarter of all government revenues and 10 per cent of GDP comes from mining, and it accounts for almost 2 per cent of all formal employment.

The scale of the mining industry means that it is by far the largest consumer of electricity. Over half of Zambia’s electricity is consumed in the country’s mining sector. For years, Zambia’s large hydroelectric dams were able to meet the needs of the mines, but rising electricity demand, reaching 11 TWh per year in 2017 up from 8.6 TWh in 2010, created a situation in which the country had to the either invest in additional generation or reduce demand.

Faced with this choice, Zambia opted to increase generation using coal, diesel and heavy fuel oil (HFO). This pressure saw the first major coal generator installed since independence. The 300 MW Maamba coal power station was commissioned in 2016 and now accounts for around 10 per cent of Zambian electricity generation. It is reported that a further 300 MW at the site is in development. Diesel and HFO power generators included 55 MW of HFO generators at Ndola installed between 2013 and 2017.

As demand rises, new coal generation could be developed, creating a transition away from today’s relatively clean hydro-generated electricity. The increasing share of coal and diesel makes electricity generation more expensive. This is especially the case during peak demand, as the merit order of the electricity system runs from cheap hydropower to increasingly expensive coal, diesel and HFO, as well as imports from the Southern African Power Pool. A marginal reduction in electricity demand at peak times tends to knock out the most expensive source of generation.

The mines pay low tariffs for electricity. However, this tariff is not thought to be sufficient to cover the costs of the national utility, ZESCO. In August, mining company tariffs were raised to USD 9.3 cents per kWh, but this is still not deemed enough to cover the cost. A much-delayed cost-of-service study was due to increase transparency and lay out the costs of electricity provision, indicating whether further hikes are needed to balance ZESCO’s books. Any gap between costs and revenues that creates losses at ZESCO must ultimately be bailed out by the government through subsidies or other mechanisms. This means that the government is effectively providing a subsidy to the mining industry for every unit of electricity it consumes.

The current uncertainty about electricity tariffs is creating a problem for the mining industry. It is difficult to make investment decisions in the absence of clear information on the costs of electricity going forward.

There is one solution that would help to address all these issues: If the mines increased energy efficiency, they would reduce their electricity bill and become less exposed to the price of electricity. The government would need to provide less power from the most expensive generators, since the most expensive generators tend to be the last to be dispatched, and ZESCO could move closer to cost recovery. Energy efficiency could be a win–win.

Research from the CUTS Lusaka, IISD and Gaia Consulting project team has shown that support for energy-efficiency investments could save money for the government, the mines and the electricity sector as a whole. The meetings were a part of an ongoing project on subsidy swaps to reduce fossil fuel subsidies and use savings to promote sustainable energy. A scheme to promote energy efficiency could be partially funded by savings from offsetting the effective electricity subsidy. We thought this was a brilliant idea—now we wanted to find out whether the mines thought so too.

In October 2018 our team of researchers visited the mines. In Kitwe, one of the major copper-producing regions of Zambia, we discussed with energy managers from the mines how energy efficiency can be promoted and were surprised by the level of enthusiasm. Mining company energy managers reported that they had already identified numerous potential projects that could reduce energy demand and improve efficiency. Some of these projects are already taking place. However, finding capital for larger projects remains a challenge. Providing low-cost loans or risk reduction measures could help these projects to succeed.

Another exciting potential area is self-generation. As electricity tariffs rise, solar energy becomes cost-competitive. With continuous electricity demand for activities like water pumping, there is a constant based load in the mines that could be met during daylight hours by solar photovoltaic generation. The combination of falling solar costs and rising electricity tariffs are making this increasingly attractive. Mining companies reported that they are already exploring the potential for self-generation.

There is an opportunity to create a system that rewards investments in efficiency and self-generation. This can solve two problems at the same time: it can incentivize mines to reduce their electricity consumption and it can make an increase in electricity prices to cost recovery levels easier. To accelerate this transition, a series of further carrots and sticks can be added. For example, tariffs for mining companies could be reduced if they have made energy-efficiency investments or conducted energy audits. A portion of the revenues from the increased tariff could also be recycled into a fund providing low-cost credit to energy-efficiency projects.

IISD, CUTS Lusaka and Gaia plan to publish detailed results from their consultations and hold further discussions on this issue.