The Disparity Between Climate Commitments and Clean Energy Spending 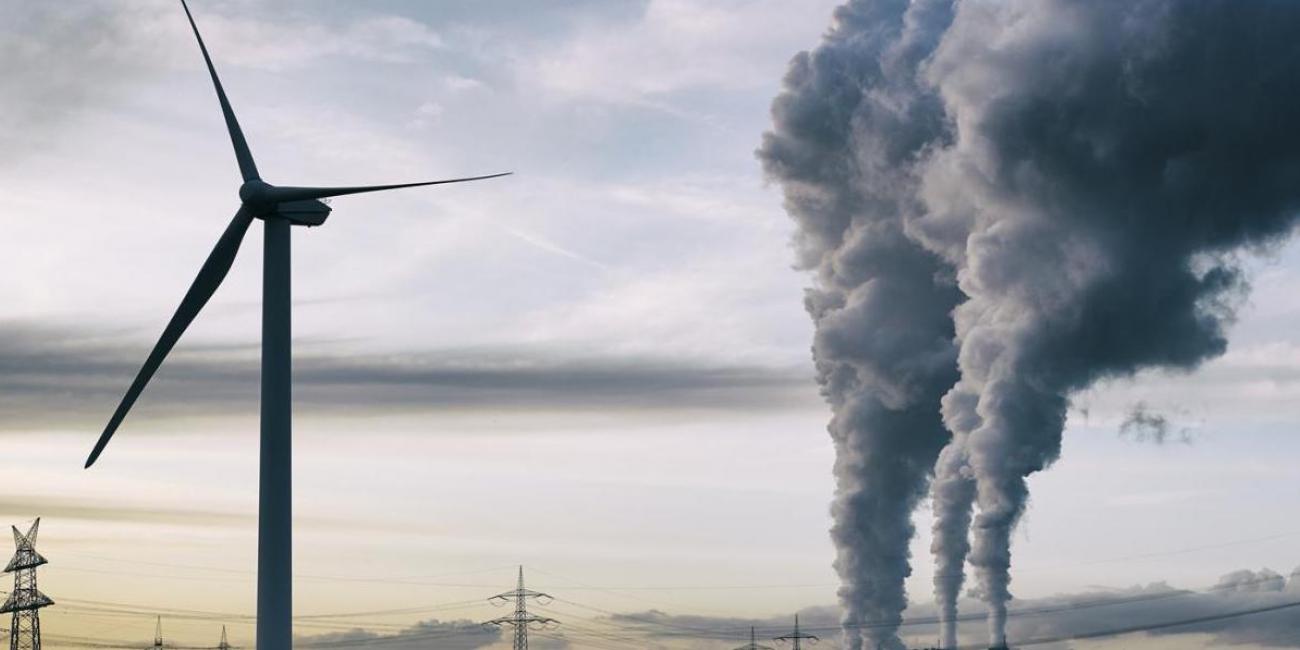 Are governments missing an historic opportunity to fund green transitions? How has the pandemic affected the energy system? Tom Moerenhout explains.

Where has government financial support been directed in the energy sector?

Early in the pandemic, a lot more support was directed to fossil energy. That includes direct funding for oil, gas, and coal production, as well as spending on sectors that rely on fossil energy, such as aviation, trucking, and shipping. With time, funding for clean energy started to pick up—although looking at G20 countries, around USD 293 billion of government stimulus funding has been pledged to fossil energy while USD 246 billion has supported clean energy.

Most clean energy funding is invested in energy-efficiency measures: building retrofits; solar, wind, and green hydrogen in the power sector; and public transport and electric vehicles (EVs). Across the world, a lot of money has gone to the development of EVs, charging infrastructure, and purchase rebates.

Unfortunately, stimulus funding has also gone to fossil fuels, particularly coal. Any funding that goes to coal mining or coal power plants has huge impacts in terms of climate change and air pollution, so every dollar spent on coal matters.

Why did we see such a disproportionate amount of funding directed to fossil fuels early in the pandemic?

A lot of government support initially went to reducing economic damage through bailouts—including those linked to fossil energy. Our world economy is addicted to fossil fuels, and detoxing from that is going to be a lengthy process. So initially, there were few choices but to bail out some of these fossil fuel users, such as airlines, that really suffered and have quite a big impact on jobs.

Which governments are leading on clean investments?

Although it's natural to want to rank countries, most have both good and bad investments. In terms of electric mobility, for example, one of the biggest funders is China. They have performed very well in terms of incentivizing EV purchases and recharging infrastructure.

The European Union deserves a special mention: within their EUR 750 billion package, they agreed that more than one third will be allocated to climate. When that money comes in throughout 2021, it will make a big impact.

The Biden plan in the United States is also very impressive; we just need to see it adopted and implemented. Canada and Australia are interesting because of their internal contradictions. Canada has a lot of money going to fossil fuels, and at the same time, they have a really impressive number of clean energy policies. In Australia, coal and natural gas are still receiving major funding, although there is also a big push for clean energy. So in those cases, we need a decision, and we need it fast. Any investment made now could lock countries or regions into either a fossil fuel future or a green future.

I really believe that there is a lot of goodwill in terms of net-zero targets and other long-term goals. But that needs to be matched by stimulus decisions today.

Why are some countries doing better than others?

Generally, countries that invested in clean energy had preparations in place already. The European Union had established the European Green Deal framework, so they were able to build on that. A lot of the content in the Biden plan came from the Green New Deal movement in the United States, which was a bottom-up process that eventually gained support from high-level politicians. We shouldn't be surprised by China's EV stimulus because China already had generous subsidies and produced more than 90% of global batteries that go to EVs.

Overall, how are government responses to the crisis lining up with their climate commitments?

There's definitely a big mismatch between climate commitments and the funding decisions of most countries. I really believe that there is a lot of goodwill in terms of net-zero targets and other long-term goals. But that needs to be matched by stimulus decisions today, and unfortunately, those are simply not yet good enough.

To avoid catastrophic impacts, the Paris Agreement sets a target to limit the global temperature increase to 1.5°C above pre-industrial levels. If we don't change anything, we will be on track for two degrees of warming or more by 2060. That's in four decades. From an energy system perspective, this is a very short time period—even more so when you consider that current energy infrastructure that is installed or under construction would lead to 1.65°C of warming. Investments need to be much more radical, with more money directed to renewables, green energy, and electric mobility.

But it's also essential to stop funding oil and gas companies, which receive billions of dollars in subsidies per year on top of any stimulus funding. These subsidies are wasteful and are deeply problematic for the energy transition. There's just too much money still going to fossil fuels to put us on track for that 1.5°C target. But of course, those companies have vested interests and a lot of influence over decision-makers. These areas remain difficult and require countries to have more courage. Our future will be massively impacted by the investments we see today.

There's just too much money still going to fossil fuels to put us on track for that 1.5°C target.

How should governments move forward with recovery commitments in the energy sector?

There are four key goals that we need to focus on. First, add more renewable energy to the grid. Second, increase energy efficiency—which stimulus funding has helped with. Third, phase out coal rapidly—we're not at all on track to meet this goal yet. And fourth, cut methane emissions from oil and gas—we are also not on track there. So those last two should receive more attention than is the case right now.

The recent shift toward solar, electric mobility, and batteries has not happened in any other sector that quickly. This is beautiful.

But so far, it's not enough.

May 17, 2021 | Lourdes Sanchez
Lourdes Sanchez, lead author of Achieving a Fossil-Free Recovery, explains how the COVID-19 pandemic has created a window of opportunity to fund a green recovery, along with five principles to do so.

October 8, 2014 | Laura Merrill
A new report from the IISD Global Subsidies Initiative was launched in conjunction with the Asia Europe Foundation, at a conference exploring the financing of future Sustainable Development Goals (29-30 September 2014).

In Search of Just Transition: Examples from around the world

April 8, 2019 | Philip Gass
Energy transitions are about people: the ones who make the decisions and the ones affected by those decisions. A ‘Just Transition’ approach ensures the affected people are considered by those making decisions.

Blog: How COVID-19 Could Impact the Clean Energy Transition