According to the International Energy Agency, subsidies to fossil fuels totalled around $548 billion in 2013, which is more than four times the value of global subsidies to renewable energy—it is also more than four times the amount invested globally in improving energy efficiency. However, in the last year alone almost 30 countries across the globe have made serious efforts to dismantle government support and subsidies to fossil fuels. This panel discussion will address the link between fossil-fuel subsidies, their reform and climate change. The event will outline the support available to countries undergoing reform, the opportunities to strengthen the process and direct savings towards investment in sustainable energy systems, and how countries can utilize emissions mitigation from subsidy reform within the UNFCCC process, e.g., through post-2020 national contributions.

See also this infographic for more information about how fossil fuel subsidies hold us back from a low carbon future. 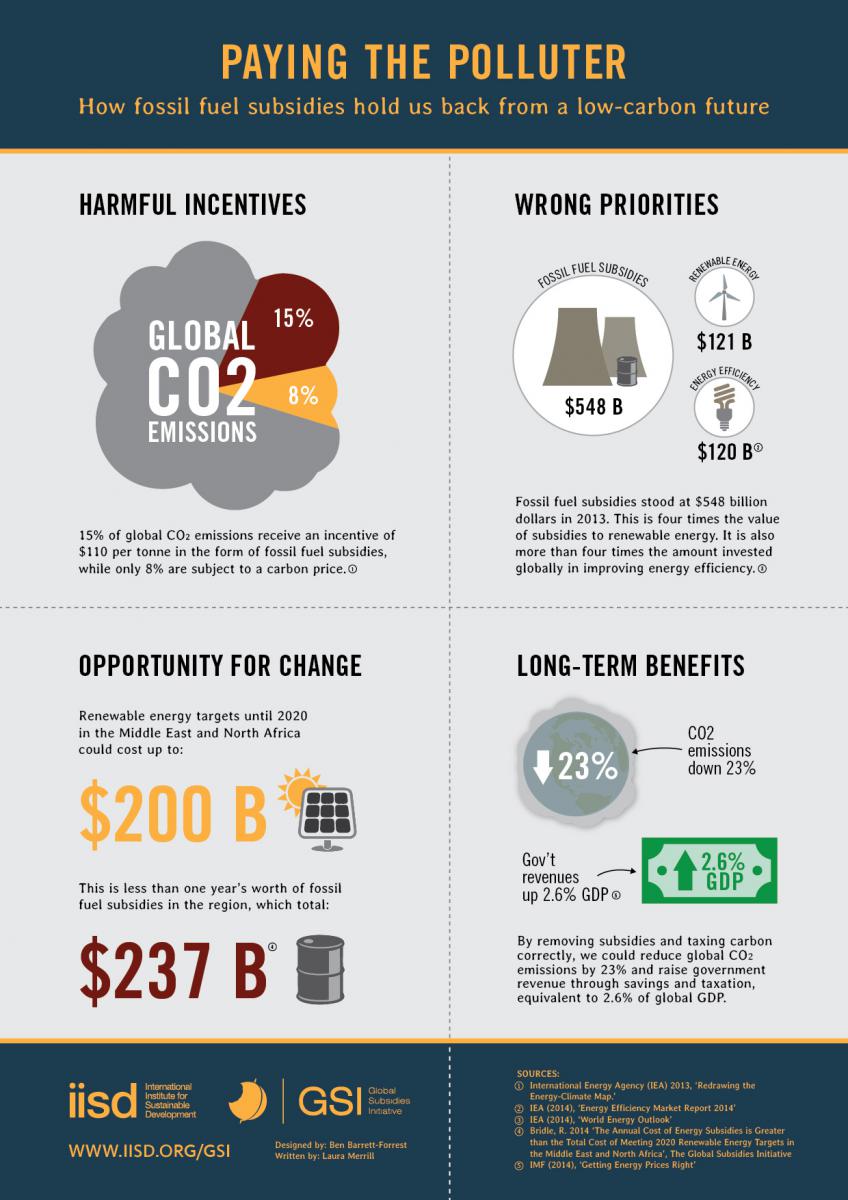 The event is organized by the Friends of Fossil Fuel Subsidy Reform (Costa Rica, Denmark, Ethiopia, Finland, New Zealand, Norway, Sweden and Switzerland) in conjunction with the Global Subsidies Initiative of IISD. The panel includes Ministers, officials, representatives from business, development banks and intergovernmental organizations. The Friends group advocates for a reform of fossil-fuel subsidies. Intergovernmental organisations and development banks support countries in measuring and removing such subsidies. Businesses recognize how fossil-fuel subsidies impact on the renewables industry. The GSI will also be releasing a new report regarding the impact of fossil-fuel subsidies on renewables on the same day.

The panelists for this event are;

For more information, please do not hesitate to contact [email protected].

Read More About The Event