Researching the Effectiveness of eDNA Testing in Fresh Water

Environmental DNA (eDNA) can be a useful way to monitor species in ecosystems.

Even so, in flowing water systems (e.g. rivers, lake chains), local detection of species with eDNA may be confounded by the transport of eDNA from upstream. This research will work to disentangle these effects (regional versus local diversity) in natural field conditions by sampling a chain of lakes where some fish and zooplankton species are present in certain lakes but not others. 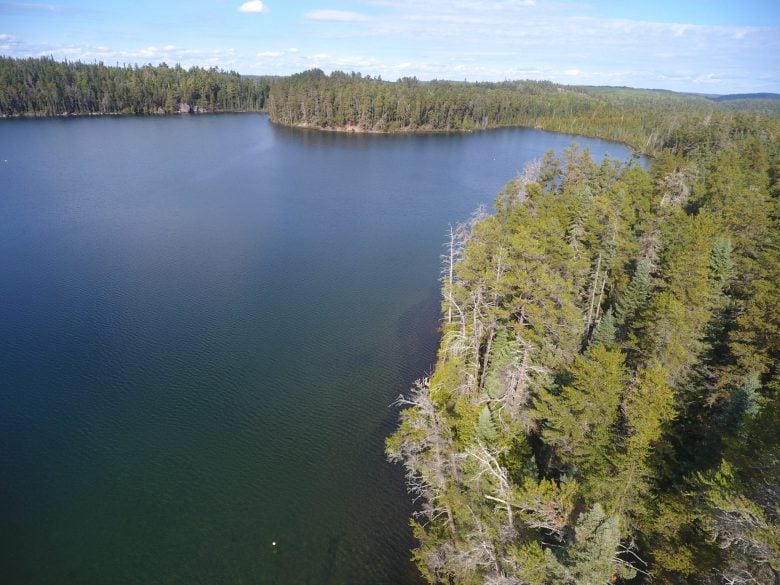 Similarly, many eDNA surveys only sample top layers of lakes. However, large deep lakes are  stratified in the summer and winter months, with minimal mixing between the layers. Some fish and zooplankton species are known to be localised to the lower layer during the summer months because of the requirement for cold conditions, e.g. lake trout. By sampling only the surface of the lake, it is possible that eDNA surveys have lower detection probabilities for these organisms. In July of 2017 eDNA depth profiles were conducted on Lake 373 (stratified) and Lake 114 (unstratified). In October 2017 these surveys were repeated during lake mixing, to allow evaluation of stratification influences detection with eDNA.

You can learn more about this research into environmental DNA in this blog post.

This research is being conducted in partnership with Dr Joanne Littlefair and Prof Melania Cristescu from McGill University.