Selenium is a contaminant associated with mining and other industrial operations. Researchers at IISD-ELA are exploring how it accumulates in aquatic organisms.

Out on Lake 114,  we are using a series of 9 mesocosms (2m in diameter) spiked with environmentally relevant concentrations of inorganic Se to investigate assimilation/biotransformation at the base of the food web and subsequent trophic transfer to primary (invertebrates) and secondary (fish) consumers. 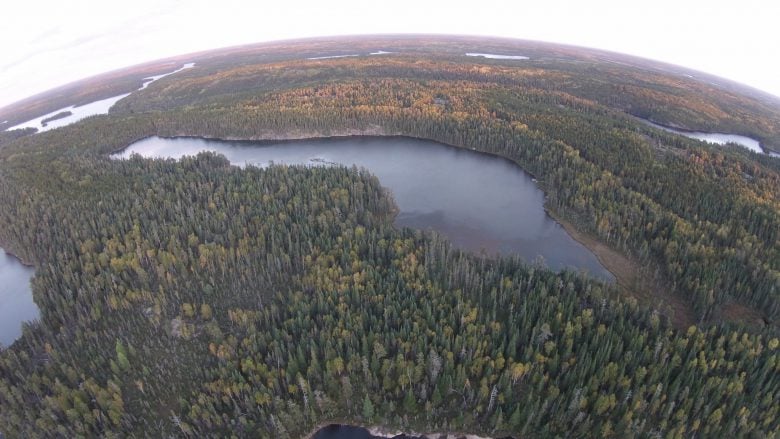 Lake 114 is the location for this experiment exploring the accumulation of selenium in freshwater organisms.

In May 2017, there mesocosms were deployed. After two and a half months, periphyton, invertebrates and fish were collected and concentrations of Se will be determined to develop more accurate predictions of how Se accumulates in aquatic organisms.

This research is being carried out in collaboration with the University of Saskatchewan.