This is a new position for Vince, although it is certainly not his first introduction to the freshwater research facility. Vince is a native of Winnipeg, Canada, where he received his Bachelor’s, Master’s (with some time at the Experimental Lakes Area) and PhD degrees from the University of Manitoba. Despite having lived in this city of most of his life, Vince’s work has taken him across Canada, to Ontario, Alberta and both coasts. Vince brings a wealth of professional and educational experience to his new position.

In fact, much of his professional life has been diverse in its nature. “It may seem strange that I completed my PhD in Fish Biology, and then a post-doc in medical research to work on heart disease, but I refer to myself as an aquatic toxicologist. It was really the biochemistry of oxidative stress and oxygen radicals arising from contaminant exposure that linked the two for me.” 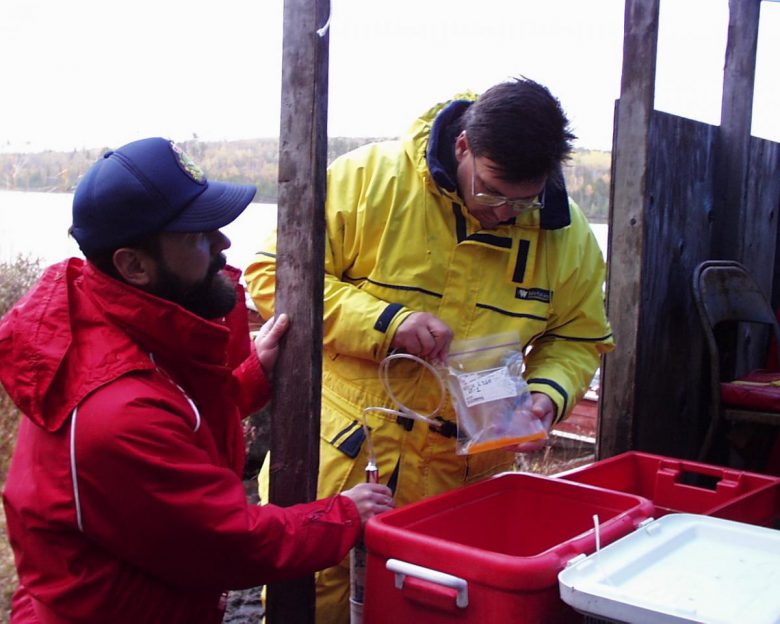 Contaminants are what Vince has focused on for most of his professional career. Vince worked on both the effect of mining on fish and the impacts of the addition of cadmium, selenium, arsenic or pesticides to fish habitats at Fisheries and Oceans Canada, before moving into private industry.

But Vince likes to go a step further, following how the results of the experiments that he works on go on to inform policy, and ensuring that there is a practical application and positive outcome to his work. In fact, IISD’s mandate to bridge the gap between science and policy and to allow the scientific findings from the facility to more directly impact policy-makers’ decisions aligns with why Vince was encouraged to get into the field of freshwater research in the first place.

“To have an input into the science that determined the regulations and determined decisions on that plane was really a great pull for me.” This was what he found so appealing about the work he was doing on cadmium back in his Master’s days: “We [were] testing whether the water quality guidelines [were] effective. That’s something tangible. At the end of the day, you have a yes/no answer. And we ultimately discovered that the guidelines were protective.”

So now that he is part of the IISD-ELA team, where does Vince hope to see the experimentation lead in the next few years?

One of the major areas of freshwater research and safety that has yet to be explored is the effect of oil spills on water. “There are some pretty significant data gaps regarding the fate and potential toxicity of these products that I am looking at right now, that are being transported in pipelines. And then, how effective are the current clean-up methods? We have had remediation techniques in place for decades now, but it’s hard to test, in somewhat measured and controlled environments, what the exact impact has been on these bodies of freshwater, and how well the clean-up methods work. That’s something that we would really like to pursue at IISD Experimental Lakes Area, and now is the time to do it.”

In addition to his work with oil spills, Vince is working on another major threat to our freshwater: fish habitat destruction or alteration. And where better to study these topics than at IISD-ELA, a facility that has been part of Vince’s life for a long time, and one to which he has always hoped to return?

“There is no question that IISD-ELA is a unique site in the world,” says Vince. “It is renowned throughout the world and always comes up in conversations with colleagues. There was no doubt, really, that if I had an opportunity to work at IISD-ELA, I was going to pursue it.”

We are glad he did, and are pleased to welcome him to his new position.