Confessions of an IISD-ELA Legend: Mark Lyng looks back on his 34 years at the site

It was also the first year of another event of global significance: Mark Lyng joined the Experimental Lakes Area team.

Mark is now retiring from the site, but over the last 34 years, he has seen it all, from dozens of research projects and hundreds of visitors to innovative ways to fuel the site and party lines of questionable security.

To celebrate the 50th anniversary of IISD-ELA, we sat down with Mark to learn more about the history of the world’s freshwater laboratory through the eyes of one of its most legendary team members. 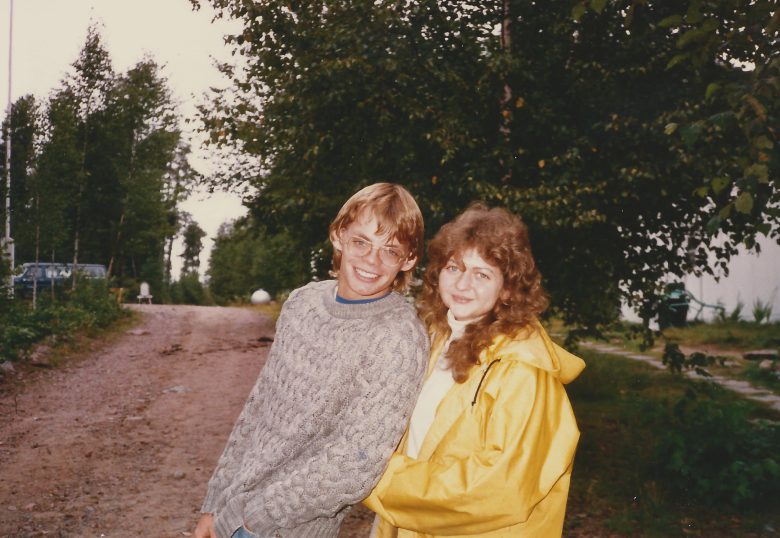 Mark Lyng (left), pictured with his wife, Ticia Lyng, a year after he started working at the site in 1984.

First things first, Mark. How long have you been at IISD Experimental Lakes Area?

1984 was the year I got my very first gig at the Experimental Lakes Area.

At first, I was working as a member of the Lake Sampling team, and at the start of the 1985 field season, I moved into a full-time position with the Hydrology group and never looked back. After years of assisting with research, I became an operations manager in 2007, ensuring that the facility is running smoothly and efficiently, and leading initiatives such as moving the facility over to more renewable sources of energy.

I consider myself extremely fortunate to have had a career at the Experimental Lakes Area that has spanned over 33 years.

When I first arrived on site back in 1984, ELA consisted of a collection of white and green trailers, lumber structures with very little insulation and some Scamper trailers for overflow accommodation.

Have you seen the site change over the years?

Absolutely! The site looks and functions very differently now from how it did when I first started back in the mid-eighties.

When I first arrived on site back in 1984, ELA consisted of a collection of white and green trailers, lumber structures with very little insulation and some Scamper trailers for overflow accommodation. My wife—who was one of the chemists at the site—and I lived in a Scamper trailer for what seemed like one very long hot summer. The trailer was way past its due date, with moss growing on the interior walls and a weekly emergence of flies from the water-less toilet. Needless to say, work spaces and living quarters are much improved since those early days. 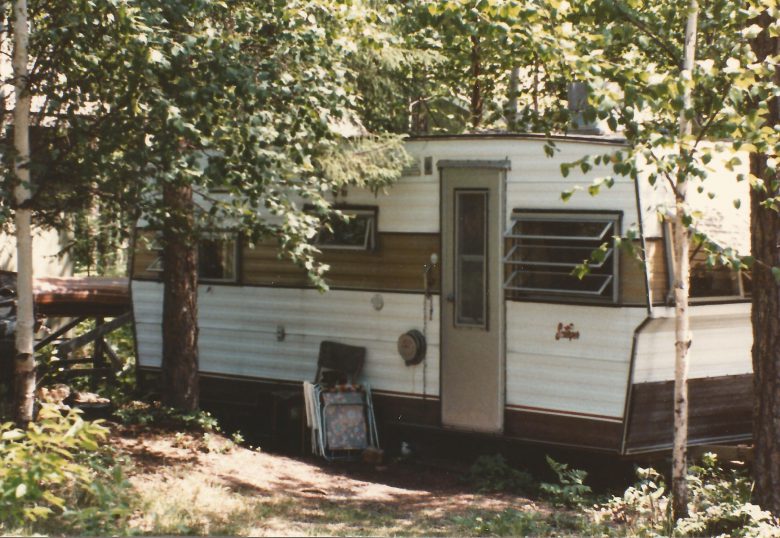 Mark counts living in this Scamper van as one of his least favourite memories from his time at the Experimental Lakes Area.

The way we connect with the rest of the world has also changed significantly. Back in the 80s, the facility, much like the rest of the world, did not have the luxury of Internet connectivity. In fact, our only outside communication was a single phone housed in a plywood phone booth. After waiting in line for your turn, phone service was acquired by calling an operator who would then connect the user to a party line.

It was believed at the time that people in the Vermilion Bay area were listening in on personal calls for entertainment value—although those rumours are, of course, unsubstantiated!

Could you name three highlights from your time at the site? 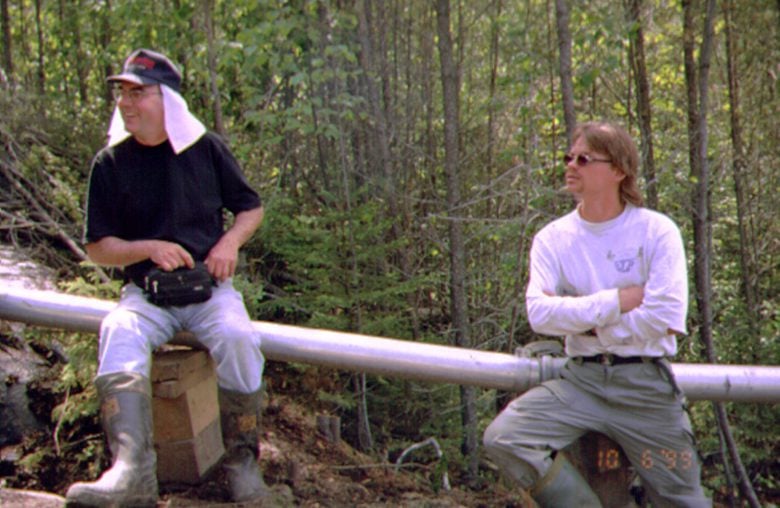 What would you say is your greatest achievement at the site?

Thinking about the research I been involved with over the years,  I am most proud of the work I performed with the Hydrology team. If I were pressed to single out a particular project, I would have to say the sense of achievement I felt when we successfully flooded Lake 979, demonstrating the durability of our newly constructed dam, was special. We put a lot of blood, sweat and tears (and fresh water) into that project.

When I started to look after the operations of the site, I am also very proud of our recent work towards making as much of the energy we use at IISD-ELA as renewable and clean as possible.

But what will I miss the most? Well, that’s easy—being part of such an incredible team! None of the incredible achievements of the site over the last 50 years would have come about without successful teamwork.

What’s the funniest thing that has ever happened to you at the site?

Too many to mention, although one certainly sticks out in my mind. I had a fun prank played on me by my summer student, Angie Heese, back in 2002.

I went on a rare mid-summer vacation to the east of Canada and Angie made a life-size doll of me. Upon my return, she presented me with a PowerPoint presentation on CD.

Apparently my clone had attended Winnipeg Folk Festival, misbehaved at a sheep farm, was the mascot at the student-staff volleyball game, and, most importantly fell in love with a firefighter from the firefighting team. 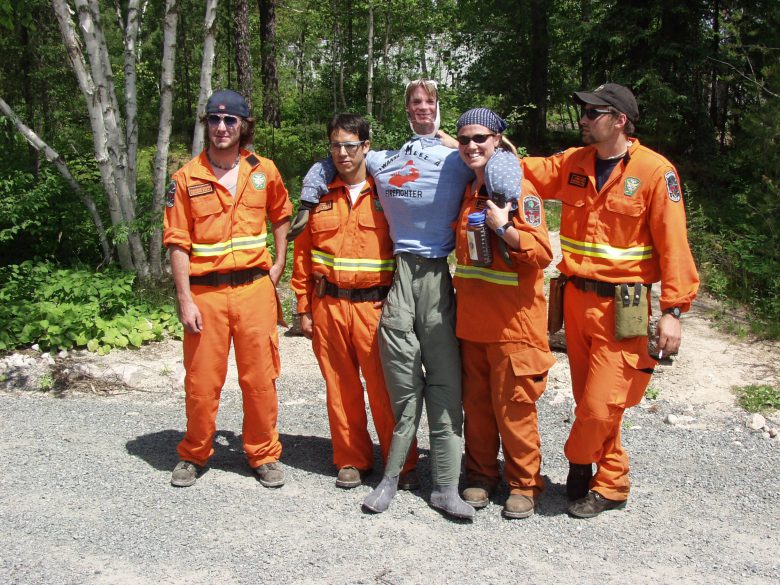 Over the last 34 years, Mark Lyng has proven himself to be irreplaceable, despite this attempt from 2002 to clone him.

What will you miss most about IISD Experimental Lakes Area?

So many things make the IISD Experimental Lakes Area an incredibly special place to work.

I will miss the incredible people that I currently work with and those that I have had the privilege to work with over the years.  I will miss the seasonal rotation of students that have all played a large role in the success of IISD-ELA, many of whom have gone on to successful careers of their own.

But what will I miss the most? Well, that’s easy—being part of such an incredible team! None of the incredible achievements of the site over the last 50 years would have come about without successful teamwork.