Matt is a singer, songwriter, and musician who has toured in 11 different countries over his 15-year career. He visited IISD-ELA from July 21 to 26, 2019, as an Artist-in-Residence.

Matt’s songs have been placed in the BBC series Tin Star and in major motion pictures filmed as far away as Mexico. As a member of the Crooked Brothers, his albums have received international critical acclaim and have been nominated at the Canadian Folk Music Awards and the Western Canadian Music Awards.

During his tenure as Artist-in-Residence, Matt wrote some incredibly catchy tunes. Click the button below to listen!

Matt’s debut album is set to come out soon but in the meantime you can listen to “You Deserve a Love Song”, a beautiful tune that started to come together during his time at IISD-ELA. 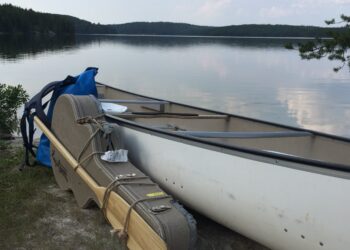 Check out more photos and videos of Matt's time at the IISD Experimental Lakes Area.