Adaptation at COP 22: Five themes we’ll be watching for

For many years, adaptation was a secondary concern in international climate negotiations.
Share this page:

For many years, adaptation was a secondary concern in international climate negotiations.

The main focus was on mitigating greenhouse gas emissions because the more emissions we prevent, the better chance we have of preventing the worst impacts of climate change. 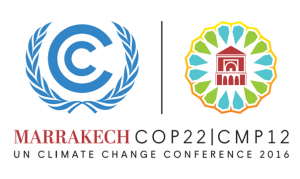 But as we have already caused a certain amount of irreversible global warming—and with the UN warning that we are on track for 3ºC in global warming even if we achieve current emissions reductions pledges—adaptation is no longer a choice. We must respond to the impacts we are already experiencing and prepare for those to come.

The Paris Agreement, which was adopted in December of 2015 and entered into force on November 4, 2016, recognizes the importance of adaptation. In addition to laying the foundation for global action to reduce emissions, it also calls on all countries to do their part in building climate resilience. Over the next two weeks, during the 22nd Conference of the Parties (COP 22), countries will be meeting to come up with a “rulebook” to implement the Paris Agreement.

Though by no means a comprehensive list, here are five issues in adaptation that we’ll be watching for in Marrakech over the next two weeks.

A key issue at COP 22 will be agreeing how parties to the Paris Agreement will communicate their actions on adaptation. The challenge will be finding a way to gather information from parties on adaptation that can be aggregated to get a global picture of successes and needs, while avoiding putting an onerous reporting burden on developing countries (that could potentially divert resources from implementation).

Some parties view National Adaptation Plans (NAPs, discussed below) as the adaptation communications, while others want to use other existing reports (for example, biennial update reports), and some want a new form of communicating progress on adaptation. Many countries included adaptation in their Intended Nationally Determined Contributions (INDCs), but providing an aggregate overview of these has proved difficult.

Adaptation is unlike mitigation in that it is so context-specific that it will be difficult to come up with a general, comparable form of communication that respects national context and resilience needs as well as capacity to report, while also ensuring the information can be aggregated. COP 22 will hopefully result in a path forward on this issue.

2. Scaling Up Ambition on Climate Finance

As countries look to implement adaptation projects, the clock is ticking for the international community to reach its committed USD 100 billion in climate finance to developing countries. Financing for adaptation has traditionally been far less than financing for mitigation—striking a fair balance between mitigation and adaptation will be a vital but contentious topic at this COP, and an important issue needed to achieve climate-resilient economies and societies.

And though methodologies on exact estimates are debated, those studying the projected amount needed for adaptation, such as the World Bank and UN Environment Programme, agree that there will be a massive gap in finance to meet the world’s adaptation needs in coming decades as climate change impacts worsen, with the costs far exceeding USD 100 billion.

But in order to have a clearer picture of the adaptation finance landscape, there are still a number of outstanding issues that need greater clarification, including improved definitions of what counts as adaptation finance at the donor level, as well as agreement on tracking and reporting mechanisms for private finance, South-South support and domestic allocations for climate change.

The recent Biennial Assessment and Overview of Climate Finance Flows made a number of recommendations to the COP toward resolving these issues, and the High-level Ministerial Dialogue on Climate Finance that will be taking place on the Wednesday, November 16, will be a key event to watch on this issue.

The National Adaptation Plan (NAPs) process was created by the UNFCCC for medium- to long-term adaptation planning. It is a country-driven, iterative process that is intended to build on and incorporate adaptation planning processes that countries already have in place.

While countries around the globe are at different stages of forming and implementing their NAPs, common challenges are emerging, including how to align NAPs with the current development planning and budgeting processes, how to find finance to implement NAPs and how to ensure that NAPs are integrated—that is, how they balance sectoral and cross-sectoral priorities at the national, subnational and local levels.

Though each country’s NAP will be unique to its specific needs, learning from one another will be essential to countries’ ability to form effective NAPs. Through learning, countries can overcome shared challenges and avoid making the same mistakes. Learning should also involve development partner agencies building greater understanding of developing countries’ needs and ensuring they are being addressed by the different types of support available. All of this learning will contribute to building momentum for urgently needed NAPs.

One exciting development on NAPs is that the Green Climate Fund (GCF) has announced it will be providing USD 3 million in funding for countries specifically for NAP formulation (you can read our analysis of this GCF announcement here). IISD is also proud to host the NAP Global Network, one of several initiatives supporting developing countries engaged in NAP processes with sustained peer learning as a main priority.

While negotiators are busy working out specific issues—particularly scaling up finance to support adaptation—others at the meeting are busy sharing the latest knowledge and experiences with adaptation action at side events.

A number of these events will look at adaptation action at subnational levels. For example, the Global Climate Action Agenda, which mobilizes non-governmental actors to support "early and effective implementation of the Paris Agreement on climate change," will highlight the role of cities and regions in advancing adaptation.

Nourredine Mezouar, Morocco’s minister of international relations, told media that that climate change adaptation in agriculture "must be at the heart of the negotiations at COP 22." To this end, the Government of Morocco has announced the Moroccan Adaptation of African Agriculture Initiative, which will seek to raise USD 30 billion for agriculture adaptation in Africa.

Supporting farmers in developing countries to adopt climate-resilient practices must be a top priority given the threat that climate change poses to food security. One recent study suggested that in Cambodia, for instance, rice prices may double by 2030 due to climate stresses, which would have devastating consequences in a country where, as the study’s co-author Sokuntheavy Hong told the Phnom Penh Post, many “poor households spend 60 to 80 per cent of their household incomes on food.”

Recent thinking on climate-resilient adaptation has expanded to focus beyond production alone to include full value chains (including processing, transportation, and selling the product) that gets crops from field to the table. Our recent work in Uganda has looked at ways that investments by the private sector can help support climate resilient rice value chains.

While the main negotiations will likely not focus on specific measures, side events to COP 22 will present a good opportunity for exchange and mutual learning among stakeholders gathered in Marrakesh who are identifying adaptation measures related to agriculture that enhance productivity, food security and resilience.

We look forward to seeing how negotiations at COP 22 and in side events contribute to raising ambitions on adaptation internationally and promote the achievement of meaningful adaptation progress.

Find out more about IISD at COP 22.

It can be difficult to make the case for climate adaptation planning in contexts defined by fragility and violence. However, a failure to integrate climate adaptation considerations into peacebuilding plans and post-conflict development agendas can undermine the long-term viability of both.

Countries are increasingly using their NAP processes to realize gender-responsive climate action and act on the Gender Action Plan (GAP) under the United Nations Framework Convention on Climate Change.

To thrive, cities must lean into nature. That means having open green spaces and interconnected waterways to prevent floods; green roofs and walls that reduce temperatures and produce food; and forests planted as green belts to oxygenate urban areas and regenerate ecosystems.

First Nations and Indigenous communities in Canada need more support from the federal government to cope with future disasters related to climate change, according to a new report on Canada's disaster resilience.